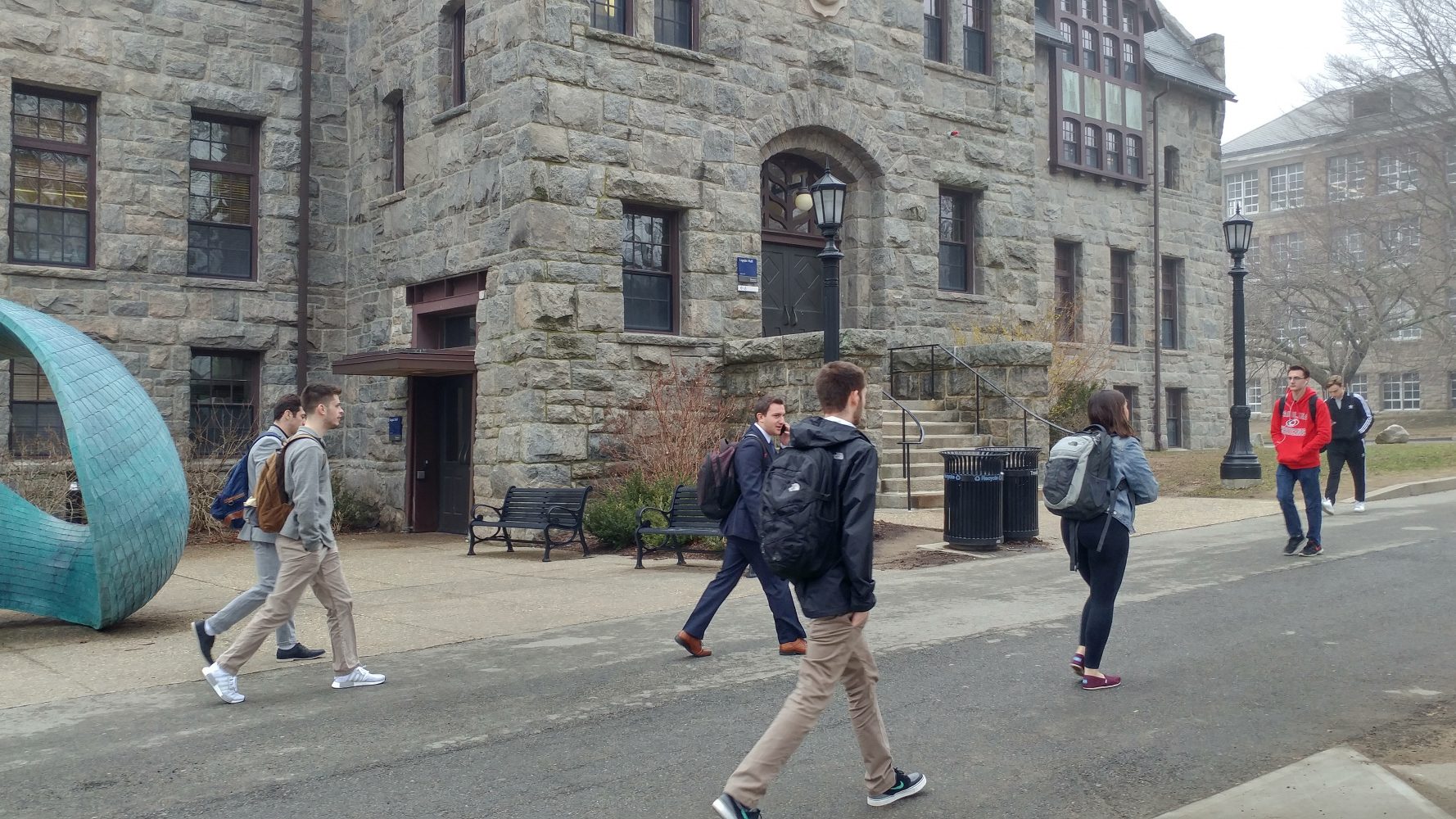 Photo by Lianna Blakeman |CIGAR| With further independent research into a recent campus safety study, the legitimacy of URI’s ranking is being called into question.

By Emma Gauthier and Samuel Murray

According to a study published by the National Council for Home Safety and Security on alarms.org, the University of Rhode Island was ranked fourth safest campus in the nation. However, the list, widely circulated on social media and through email by the Office of Admissions, is raising concerns amongst University community members.

“I want to look at how they gathered their data and their formula,” Penny Rosenthal director of the Women’s Center said. She noted that this company sells alarm systems and questioned the credibility of the survey.

Rosenthal and other URI students are concerned especially when it comes to sexual assault reporting on campus.

“[It’s] real easy to be the safest college campus if the campus culture is not to report [crime],” said a female sophomore who wished to remain anonymous. “I think that the culture at URI is supremely safe on the surface level. Nobody hides in the bushes at night or waits outside the library for a girl walking home alone. But I don’t think the University does enough to protect students from the main form of sexual assault, which comes from people the victim knows.”

“A No. 4 ranking for any institution that was not in the year before would cause me to pause and be very curious to dig deeper and look at the validity of who is reporting them,” Rosenthal said. “There are many ways to improve [a university’s] ranking, and many of them are less than credible…I’m honored to work at an institution in the top 100, but I don’t want the information to not be factual.”

The Office of Admissions posted about the ranking on social media and circulated the article through email last week. After communicating with the Women’s Center, Admissions deleted the post, but still included a link to the Providence Business News’ article about the ranking in their weekly media roundup email on Feb. 16.

“Campus safety is a top priority at the University, and we take the issue very seriously,” Dave Lavallee, assistant director of Communications wrote in a statement to the Cigar. “While we were initially pleased with this No. 4 ranking, we owe it to our community to take a closer look at the methodology that went into it.”

Lavallee said that the University often appears on different lists and rankings throughout the year, and that they routinely evaluate the validity of those claims.

“We are taking those steps with regard to this recent ranking,” he said.

According to their website, the study used “the most recent data from the FBI’s Uniform Crime Reporting and the Campus Safety Security Survey put out by the U.S. Department of Education.” The study also analyzed crimes reported by universities, as well as “violent and property crime rates for the cities in which the schools were located” and number of law enforcement personnel on campus.

The FBI Uniform Crime Report publishes crime information based on incident data received from local and state agencies across the country. The incidents that are shown are crimes that were reported to local and state authorities only. For Rhode Island, the report breaks down individual incidents that were reported town by town. The most up-to-date data is from 2016, which is what the NCHSS used in their ranking for universities.

There are alarming discrepancies between what is shown in the ranking criteria and the data reported. The NCHSS reported that there were only two violent crimes committed at the University in 2016, however, on the FBI Uniform Report they report that were four sexual assault incidents alone reported in South Kingstown, two cases of rape and two cases of forced fondling. In Narragansett, where many students who attend the University establish residency for the academic year, the report lists ten sexual assault incidents alone, well above the two violent crimes reported in the NCHSS rankings.

Hannah Woodhouse, the assistant coordinator of Violence Prevention and Advocacy Services, was skeptical of the statistics used in the ranking and questioned its validity.

“The thing about statistics is that if there is no grounds behind them and it’s just a number, we don’t know where it’s coming, or who’s presenting it or what impact it has on all of us on campus,” Woodhouse said. “Not everybody who reports a sexual assault at URI is required to report it to local police or the FBI.”

Regardless of the ranking, the University is still working to improve safety as a whole on campus.

“Being ranked No. 4 means that we still have some work to do,” said Stephen Baker, director of Public Safety. “The men and women of the Department of Public Safety work hard every day and night to keep our campuses safe and we will continue to try to do a better job in the future.”

Rosenthal believes the individuals working in the realm of support and advocacy at URI are doing great work for students.

“Can we do better? Yes,” she said. “I hope we can be a campus that constantly improves…for the needs of our students.”