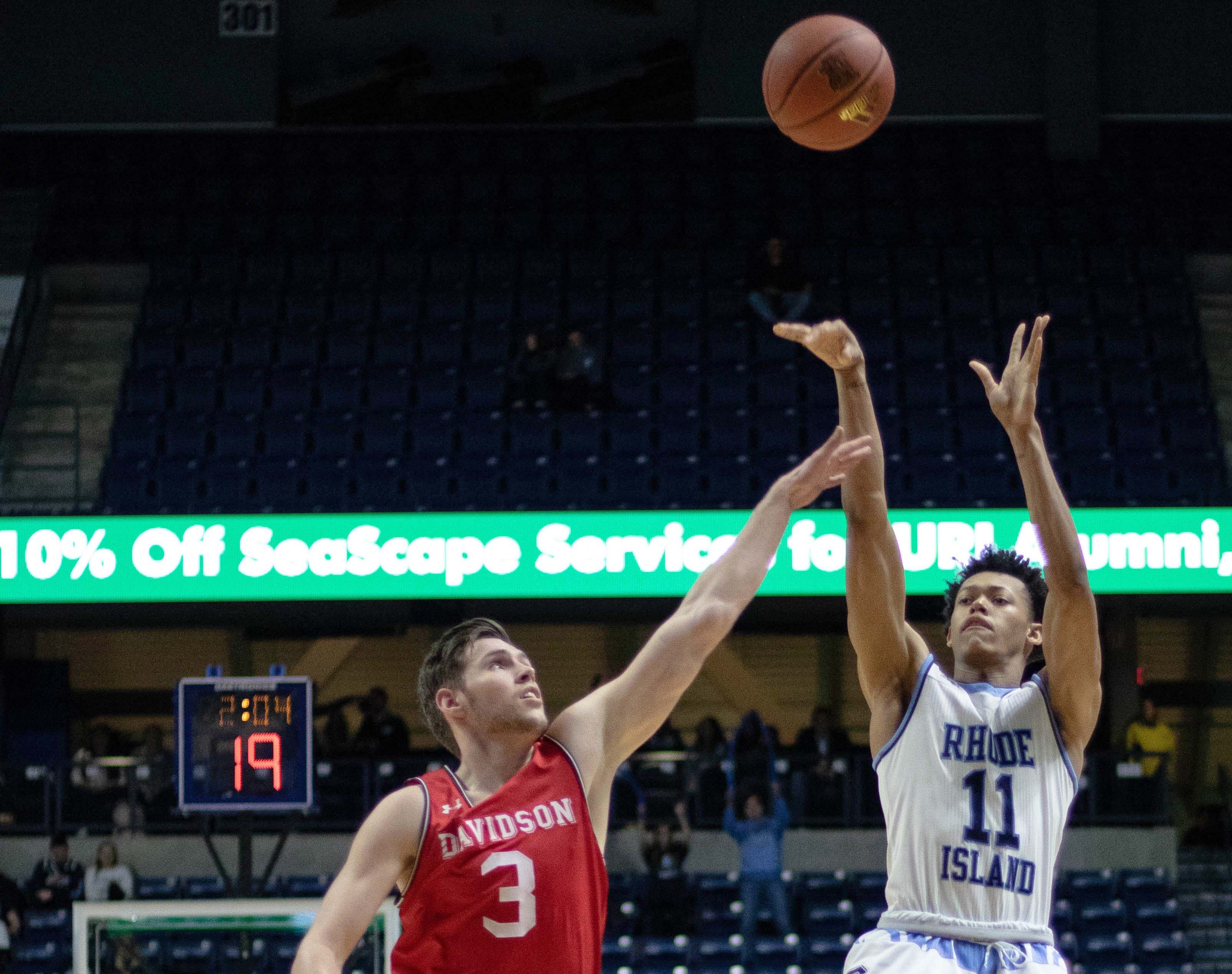 The University of Rhode Island men’s basketball team could do nothing wrong on Tuesday night as the Rams snapped their losing streak and downed George Washington by a score of 80-53.

Coming off yet another tough loss, this one to Davidson last Friday, the Rams were slowly starting to watch their season slip away. It was a losing streak that was filled with poor shooting performances, a lack of effort on the defensive side and a whole lot of frustration.

URI entered the game sitting in 10th place in the Atlantic 10 and bringing a five game losing streak to the Ryan Center. The Rams came running right out of the gate. Starting the game with six steals and a couple of downtown makes courtesy of Jeff Dowtin and Fatts Russell. URI had a 22-10 run in the opening half to push their lead to 24-16 with just over six to play in the half.

Redshirt junior Christion Thompson liked what he saw when he first checked in with five minutes gone in the half.

“The starting guys, they got us going fast early,” said Thompson. “Jeff and Fatts did a good job pushing the pace and making open shots. That got the younger guys and everybody else on board.”

It was the best offensive performance, and a much needed one at that, for the Rams in nearly three months. When the clock struck zero at the end of the first half it was clear no one wanted to make it six straight losses as URI led 44-31. The Rams shot 56 percent from the field and an impressive 7-14 from beyond the arc. It was the second highest scoring first half for the Rams this year second only to opening night when they put up 49 against Bryant.

URI came out of the locker room and kept it going as they shut down the Colonials, allowing them to only make six field goals in the second half. URI held them to just 24 percent shooting the second half of play. The defense was a welcome sight to Head Coach David Cox.

That defensive effort included a new season high for the Rams in steals. URI finished with 15 steals in the game, and now has double-digit steals in each of the last four games.

It was Dowtin and Russell leading the way for the Rams offensively. Dowtin finished with a 16 points as he was able to connect on four 3-pointers. The junior captain also had four rebounds and five assists on the night

Russell was right behind his backcourt partner as he had 14 of his own points. Russell had a game high four steals and five assists as well.

Moving forward for URI it will be a trip out to Ohio. The Rams will take on the Dayton Flyers this Friday. Last time the two teams met it wasn’t close, as the he Flyers came to Kingston and handed URI it’s worst loss of the year winning 77-48. Tip-off is set for 7 p.m. on ESPN 2.

“We made shots today,” said Russell. “The ball finally went in for us. Definitely, our confidence is high. We’re just going to keep this momentum going forward.”