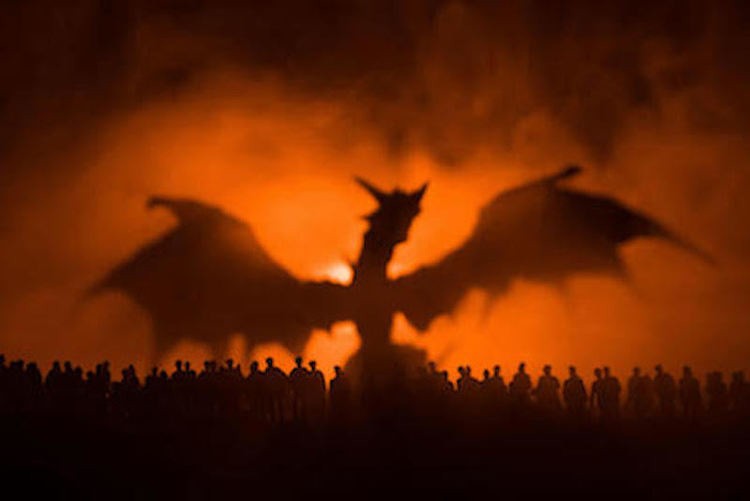 Written by Qui Nguyen, the show centers on Agnes Evans, who discovers her younger sister Tilly’s D&D notebook after Tilly passes away. Agnes plays through Tilly’s campaign in order to gain closure and understand the sister she never really knew when she was alive. Along the way, Agnes encounters monsters and allies that provide both humor and heart.

“I think the playwright finds a really authentic adolescent voice that is very true to the delightful sarcasm and youthful nature of teenagers, but also doesn’t diminish them as people with gravity and people who matter and who may know some things,” director Madison Cook-Hines said.

Since much of the show takes place in the imaginary world of a role-playing game, the production utilizes many props and puppets to make the fantasy feel real.

“It is a spectacle show,” Cook-Hines said. “We got fight choreography that takes up most of the show. We have a giant five-headed dragon. I think it’s going to be visually very exciting to be a part of, and just genuinely fun. I think it’s an easy show for people to come in and sit in their seats and enjoy.”

Cook-Hines graduated from URI in 2019 as a theater major with a concentration in directing and stage management. Last year, she wrote, directed and produced her play “Daughters of Lavinia.”

Cook-Hines said that the show is unique due to its dry sense of humor and odes to geek culture.

“It’s first and foremost fun, but hidden within that, I think it’s certainly making an argument on behalf of nerds and geeks and outsiders,” Cook-Hines said. “And I think there’s also something to be said for joy is being reason enough to do something.”

Erin McGowan, a junior who plays Agnes, said that the play’s emotional core is the relationship between Agnes and her deceased sister Tilly. Through her journey, Agnes discovers the different sides of her sister’s identity, as well as new facets of herself.

“You can see how much growth can happen even once you’re past that adolescent age where you think everything’s so crucial,” McGowan said. “You also can see that you can still learn so many things from someone that’s younger than you and not always does being older makes you wise. It’s like, you can still have so much to learn from everyone around you, which is a really cool journey.”

Junior theater major Emma Becker is one of the show’s puppeteers. She helps bring numerous monsters to life throughout the show such as bugbears, kobolds and goblins. Becker said that having her puppets interact with human actors was a challenge.

“It’s like a whole new language for how they interact with the world,” Becker said. “It’s like you have this whole other being on top of you and it’s like, how do I do that thing justice while also being me?”

Senior theater major David Richards also puppeteers several monsters, as well as physically portraying the unlucky adventurer Steve. Switching between multiple roles throughout the show has been a unique experience for Richards.

“As a person, I’m like ‘This is the moment where I can be bombastic and draw focus.’” Richards said. “And then when I’m a goblin I’m like, ‘Physical body doesn’t matter. It’s all about this little guy with a knife.’”

The cast and crew will perform “She Kills Monsters” numerous times at the Robert E. Will Theatre in the Fine Arts Center between Nov. 14 and Nov. 24. Tickets can be purchased at the theatre department website or the department’s box office for $20 for the general public or $15 for students, faculty, staff and seniors.