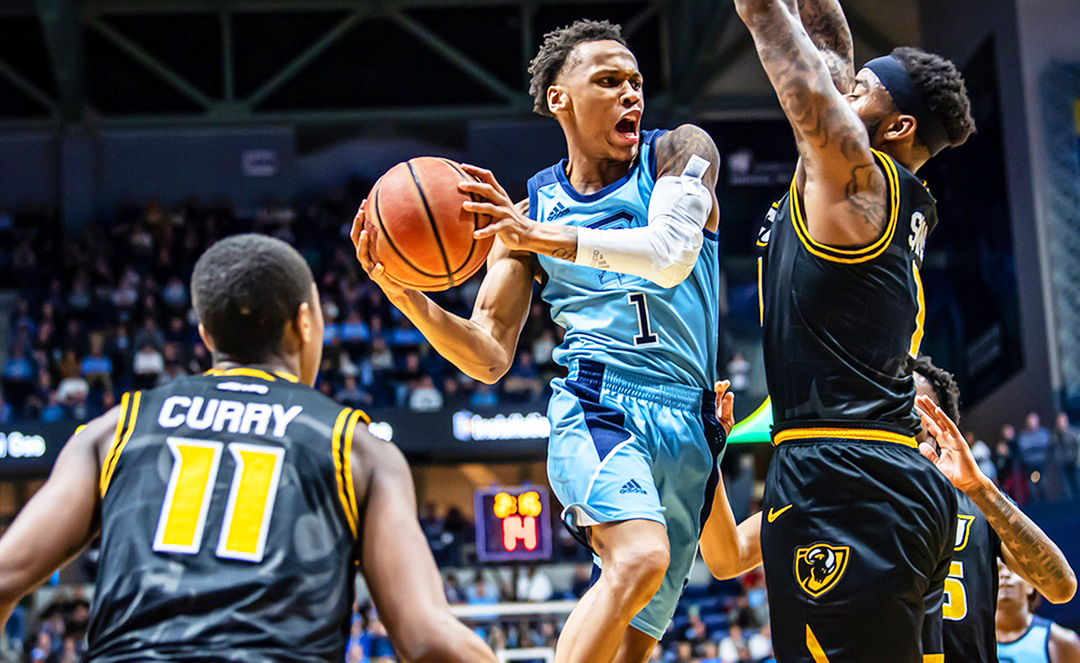 The Rhode Island Rams are an NCAA Tournament team, at least for now.

While a Saturday overtime loss on the road against Davidson might have moved URI closer to the “bubble,” Rhody went to the wire Wednesday night in the Bronx, but ultimately were able to defeat the Fordham Rams, 76-75.

Coming off a tough loss, the Fordham game did get a bit tougher with big man Cyril Langevine sitting out his first game of the year due to an unspecified upper body injury. The Fordham Rams gave their Rhode Island counterparts all they could handle, as URI was able to stave off a late rally that included Fordham clawing back from a second half deficit that was at one point 12. The 75 points Fordham put up were the most in a game for the team all season, and the first time they have reached the 70 point mark since a Nov. 23 tilt against Grand Canyon University, when they scored 70 in a 12 point win.

Instead of leaning on the upperclassmen support that has spurred the Rhode Island Rams on so consistently this season, it was sophomore Tyrese Martin who dazzled. Martin finished with a career high of 24 points and also had a career high in rebounds with a ridiculous 16 board effort. This was also Martin’s fifth double-double of the season.

Junior Fatts Russell finished with 15 points of his own, and also added four assists. In a game where the team was always going to need help from the three bench producers, they answered. Sophomore Antwan Walker finished with seven points and six rebounds in his 27 minutes of action. Freshman Mekhi Long scored 13 points, which included three threes, and freshman Jacob Toppin provided nine points, six rebounds and three assists. Toppin also came through in the clutch for URI, nailing the two free throws with 6.6 seconds left to give Rhody a one point lead.

For Fordham, it was the play of Joel Soriano who took advantage of Cyril Langevine’s absence on the low block. Soriano finished with a 14 point and 13 rebound double-double. Erten Gazi led Fordham with in the scoring column, adding 15 points and shooting 5-8 from the field.

Rhode Island is currently “in” March Madness, according to 119 different brackets. Notables include ESPN’s own bracketologist, Joe Lunardi, who has URI in as a nine seed. A loss to Fordham, who now sits at 7-20 on the year and is in the middle of a nine game losing streak, would have been catastrophic towards URI’s tournament hopes.

Now for Rhody, a season defining stretch is upcoming. The last two home games of the season will be against mainstay Saint Louis and juggernaut Dayton on senior night. A win against the Billikens is critical. A win against the Flyers is more than welcomed. The ending stretch is here Kingston. Ready or not, we’ll find out exactly what this Ram team is made of come March.