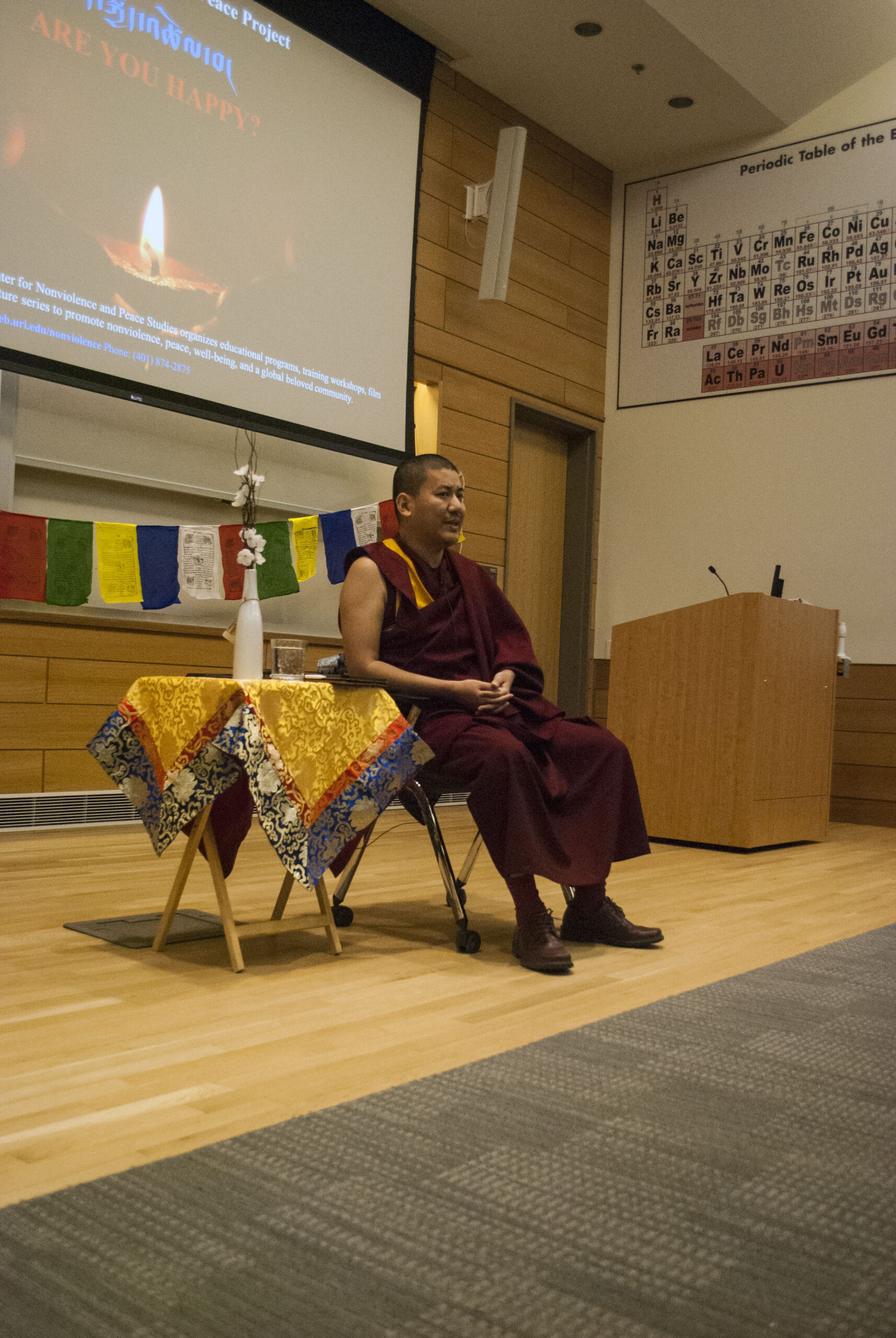 Visiting Buddhist monk gives insight on how to feel content

On Thursday, Feb. 27, a Buddhist monk visited the University of Rhode Island for a seminar on finding happiness in the right ways and right places for the Center for Nonviolence and Peace Studies.

Demo Rinpoche is a Buddhist monk who currently works as a resident spiritual advisor at the Jewel Heart Organization in Ann Arbor, Michigan. He has been studying Buddhism since he was seven years old under the Dalai Lama when he lived in Tibet.

Since leaving Tibet, Rinpoche has continued his study of Buddhism by receiving his doctorate in Gachi Larocca studies from Columbia University, and served as a visiting scholar at the University for the College of Higher Tibetan Studies. He also received his master’s degree in inter-religious engagement from Union Theological Seminary.

Rinpoche claimed that he rarely ever gets angry anymore because he knows where to look for happiness in his life.

“I believe there are two meanings to happiness,” he said. “The regular understanding, I think, has to do with people believing things such as ‘what kind of health care can I get where I live?’ or ‘what is the crime rate where I live?’ It focuses on getting what you need.”

This version of happiness, while it makes people feel a sense of success, does not always translate to genuine happiness, according to Rinpoche.

“The first step to achieving happiness is to look at the inside rather than the outside,” he said. “The best thing you can do to let happiness inside your life is to tame your mind.”

This is achieved when a person does their best to keep things that make them unhappy on the outside. For example, when faced with a problem such as a toxic relationship, in order for a person to maintain their happiness and not let these things affect them so much, people should try to keep thoughts surrounding their unhappiness out of their mind.

One of the best ways to keep unhappy thoughts out is by keeping your mind busy by doing nice things for other people and letting go of grudges.

Rinpoche spoke about how many people find happiness hard to find when looking at politics, environmental issues and other problems facing the world today, however his best advice is to always try and think positively.

The event attracted people from all over Rhode Island interested in finding happiness for themselves.

Christina Setiani, a graduate student at URI studying environmental science and management, found out about the event through URI’s Instagram page.

“I came to this event because I am seeking how to be happy myself,” Setiani said. “It’s important for students to find happiness in themselves so that they can spread it to their peers. But you have to be happy in yourself before you can make others happy.”