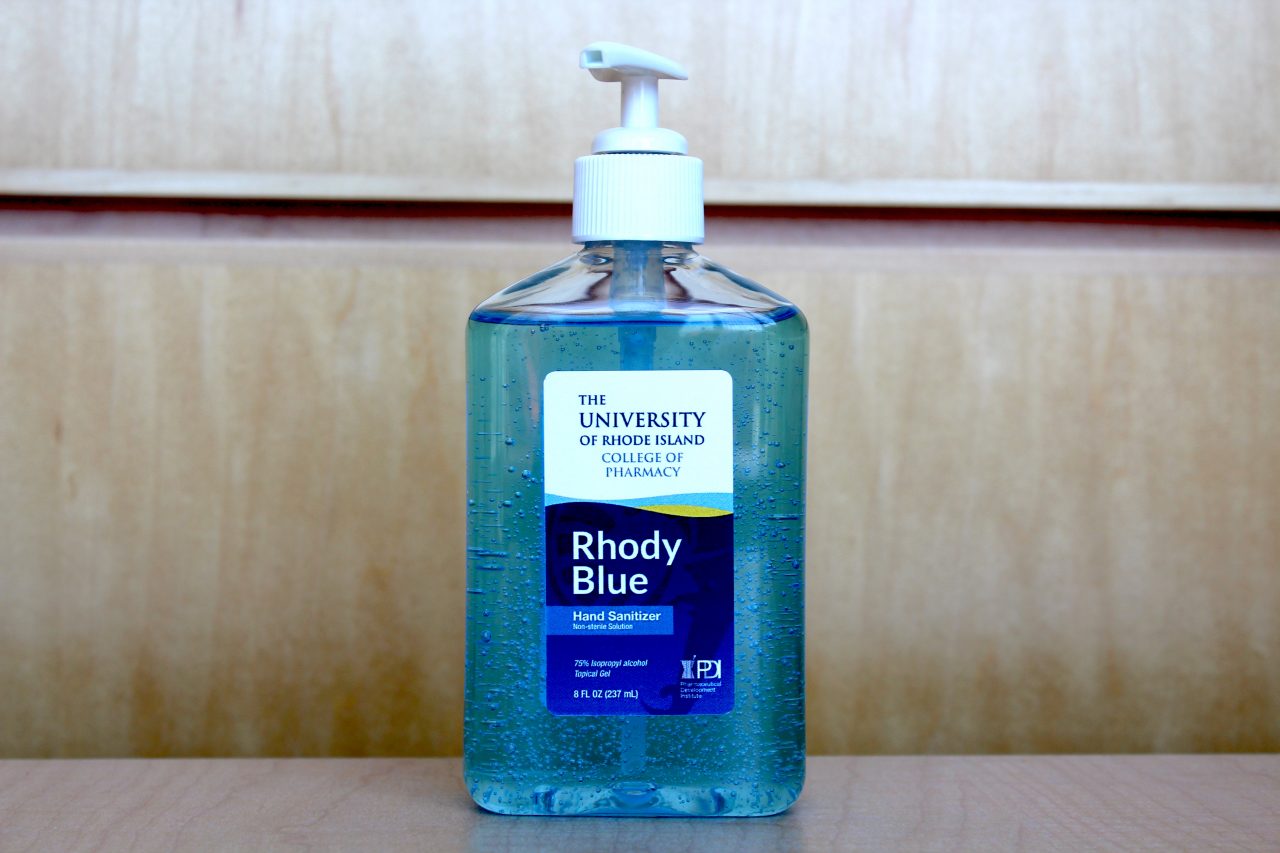 The University of Rhode Island has begun producing its own line of hand sanitizer in order to meet the growing demand due to COVID-19.

The Pharmaceutical Development Institute (PDI) in URI’s College of Pharmacy has produced two kinds of hand sanitizer: Rhody Blue, a traditional gel sanitizer, and Rhody Clear, a clear, unscented product intended to be used with a spray bottle for surfaces as well as hands.

Dawne Strickland, executive assistant to the Dean of the College of Pharmacy Paul Larrat, said that once the virus began spreading across the country, it became evident that there would be a shortage in the supply of hand sanitizer. While trying to come up with a way for the College of Pharmacy to help out, Larrat and the PDI staff decided that it was possible to make hand sanitizer in a lab on campus.

“The College of Pharmacy has a compounding lab where we teach the students how to make lotions, gels, lip balm and other products, including hand sanitizer,” Strickland said. “Beginning the process was easy; Dr. Saleh Allababidi and Dr. [Cahil] McGovern created the formula and Dr. McGovern developed the manufacturing process.”

McGovern, who is the PDI’s manager of operations, said that making the hand sanitizer was a team effort. McGovern said that Allababidi, senior development scientist and lecturer, developed a formula for the hand sanitizer prior to the pandemic, optimizing one formula in particular.

“The formulation was later adapted to include the alcohol percentages directed by the FDA [Food and Drug Administration],” McGovern said.

Strickland stated that the PDI has made roughly 1,000 bottles to date. However, bottles, caps, as well as some of the raw materials, have been in short supply since March.

While the team received many requests from agencies and municipalities across the state, Strickland said that the primary focus was to distribute the hand sanitizers to offices and departments on the Kingston campus as well as into the hands of first responders and those on the front lines against COVID-19.

McGovern and Strickland both stated that individuals that have used the Rhody Blue and Rhody Clear hand sanitizers have been very grateful and appreciative of the PDI and the group received several thank you notes, including one from the mayor of Pawtucket.

In addition to Allababidi and McGovern, Dr. Beth Zielinski,  Dr. Rita Marcoux and Jim Gutkowski worked on the project.