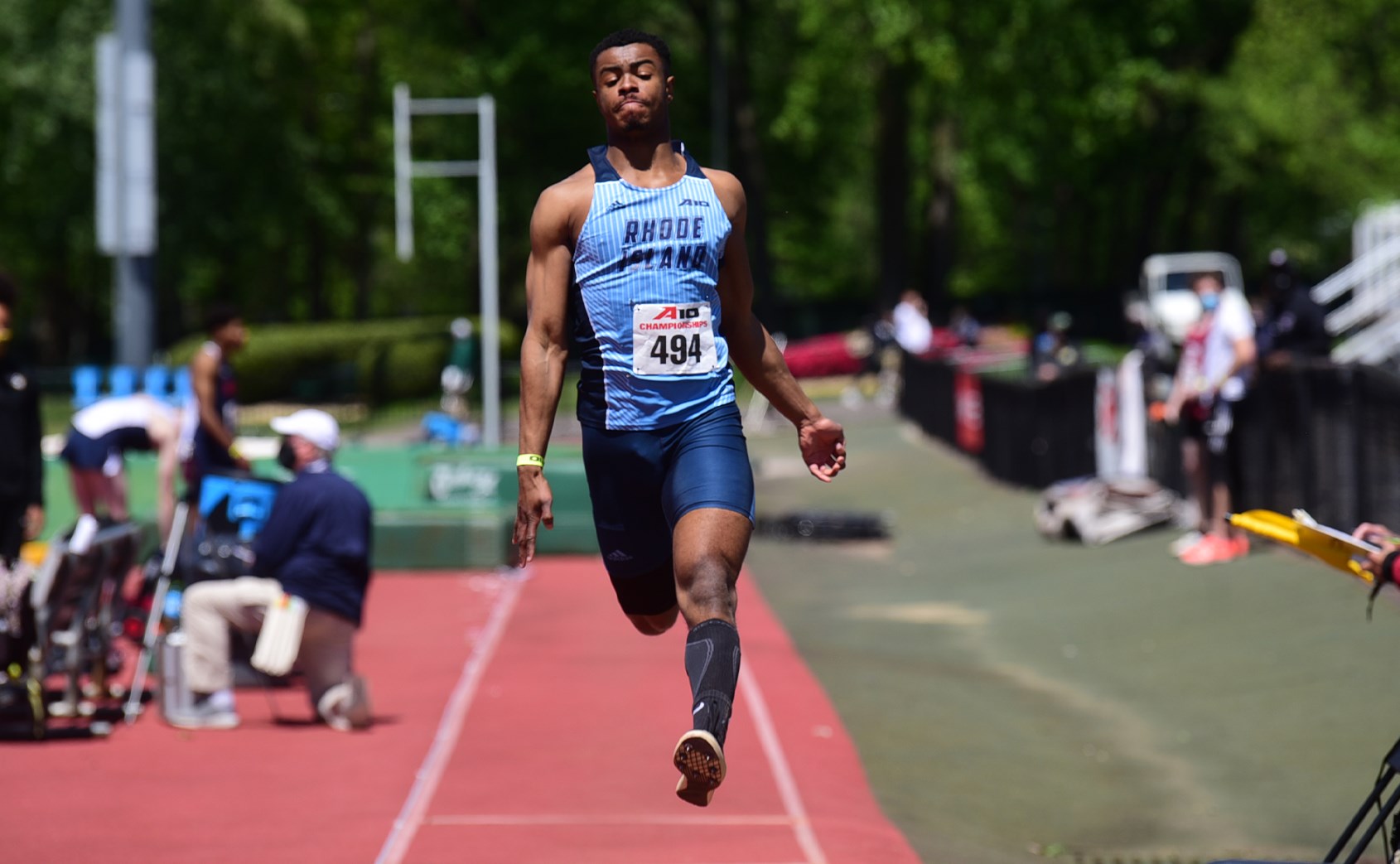 The University of Rhode Island’s Men’s Track and Field team opened up their 2022 outdoor season over the weekend with a dominant win at the Bryant Black and Gold Invitational.

Competing against 12 other schools across the region, the Rams earned 196 team points over two days of competition, 74 points more than second place Central Connecticut State University.

Among those who won points for the Rams was sophomore Neil Waldhausen, who won the pole vault with a 4.45 meter mark. Junior Isaiah Powers also cleared the 4.45 mark, but took two more attempts than Waldhausen earlier in the meet, coming in second in the event.

Junior Orion Joyner came second in the triple jump at 13.87 meters and junior Nick Morse threw 46.33 meters to place third in the discus. Junior Lucas Frost came second in the javelin, throwing a career-best 67.64 meters. His performance helped win him A-10 Men’s Field Performer of the Week this week.

“We certainly had some good [performances],” head coach Trent Baltzell said. “Lucas Frost, our javelin thrower, he probably had an NCAA preliminary performance with his throw, so that was a nice personal record, I think he PR’d by almost two meters, so that was huge for us. That was probably the number one performance we had.”

“Anytime I can win a meet is very exciting,” Reichenbach said. “I don’t take that for granted because there’s 18 competitors out there and anytime I can come out with a win is always awesome to me. The second I knew I won, I had a big smile on my face. It’s just always exciting for me.”

The conditions proved difficult for an outdoor meet as temperatures lingered in the mid-40s and persistent winds were evident through both days of competition. However, Baltzell was still happy with his team’s performance and saw the uncomfortable conditions as a blessing in disguise.

“To be honest, I’d actually prefer that we didn’t have the best weather to start the season because you never know what a conference meet might throw at you,” Baltzell said. “We can be proud of a lot of what we did. We had a lot of other personal records too, so, like I said, you take the good and the bad, because there was plenty of bad, a lot of things that we still need to work on. But, I think it was at least a solid start.”

Despite the windy conditions, Reichenbach also took away positives from his performance.

“Well given the conditions and how I did, it makes me super excited for the future meets,” he said. “Hopefully, we can get some better weather because jumping as well as I did in that kind of condition makes me think that the sky’s the limit come May when it’s a little warmer out.”

The Rams will continue their outdoor season on Friday at Providence College where many of the team’s distance and mid-distance runners will feature for the first time. With the outdoor track and field season officially underway, head coach Baltzell is already looking towards the eventual Atlantic 10 Championships in May.

“Every single meet is in preparation for the conference championships,” Baltzell said. “So, we’ll have a decathlon in two weeks, we’ll get all the events underway within the next two weeks or so, and then we’ll have a much better sense of kinda where we might stack up in the conference this outdoor season.”