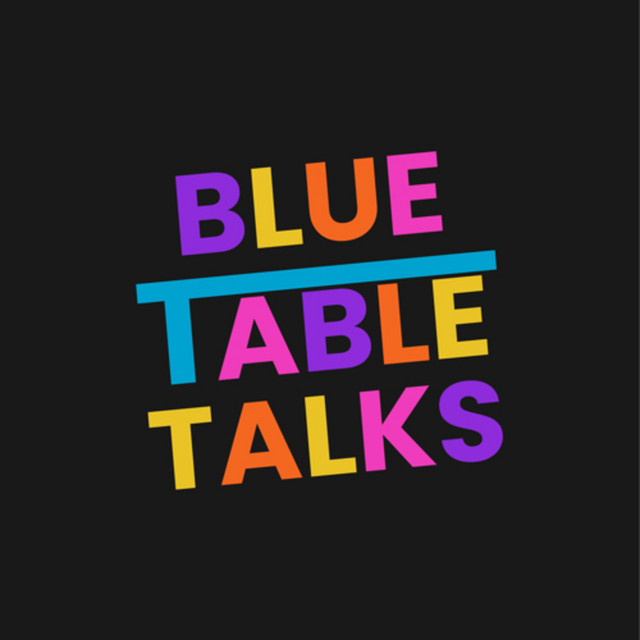 In efforts to amplify more voices, the GSC is holding Blue Table Talks in recognition of April being One Love Month, celebrating diverse identities on campus. PHOTO CREDIT: Spotify

The office of Community, Equity and Diversity (CED), the Gender and Sexuality Center (GSC) and the Multicultural Student Service Center (MSSC) are working together to ensure students have a space to express themselves at the University of Rhode Island.

Ashya Moreino, coordinator of the MSSC, Manuela Vadis, interim coordinator of the GSC and Sean Wilder and Alexis Monteiro, graduate interns in CED, created Blue Table Talks at URI to accompany One Love Month, which was held throughout the month of April to celebrate and uplift multicultural identities through various social and educational events.

The concept was developed through a combination of sources. The name stemmed from Jada Pinkett Smith’s Red Table Talks but was changed to blue to match URI colors.

The month includes four themes. The first two are “who are you?” and “who are you becoming?” which were taken from Why Wab borrowed from a local Providence Non-Profit called Breakthrough. The second two were added on and included “who are your people?” and the celebration of identities.

Over the course of April, the groups held four sessions covering various topics, which were all broadcast over Instagram Live. The first session was held on April 7 and covered code-switching, which is changing the way you act or speak based on the people you are around, navigating a primarily white institution (PWI) and interracial dating, according to the MSSC’s Instagram.

“It’s important for us to have connections with the students and meet them where they’re at,” Monteiro said. “The four of us work to offer a space where students can shine and bring up their potential.”

The talks are kept on track by the four creators but have a variety of different students come on to discuss their lived experiences and make connections.

Moreino said that the process of finding students to participate has been hands-on and very exciting. She approaches the students who frequently come into the MSSC to make more personal connections, but any student who wants to participate is welcome.

“It’s a lot harder these days,” Moreino said. “I feel like students aren’t really checking their emails. All four of us are really excited to talk to students in person and I feel like that energy is contagious.”

The initial idea about holding these conversations started over the summer with Assistant Director of the MSSC Bobby Britto-Oliveira, according to Vadis, which was then further developed in the fall between the different centers.

“We were looking for an interesting way to connect all the services and bridge the gap so students have one place and do not have to hop from service to service,” Vadis said.

After narrowing down a list of broad ideas to interest the centers and services they landed on the concept of Blue Table Talks.

Wilder adds more about why holding these conversations is important for students at the University.

“We have our lived experiences and we want to validate students’ experiences,” Wilder said. “We wanted to create a space where we could unpack everything and learn from each other.”

According to Moreino, the goal is to create a space where students feel that they are represented and can talk about things outside of their academics. Students need a space to talk that is genuine, not transactional.

Monteiro said the three words that come to mind with the One Love Month and Blue Table talks are community, uplifting and celebrating.

“The community piece is feeling like you belong in a place and can connect with somebody,” Monteiro said. “The uplifting part is making sure the students know their voices are heard and validated. It will have a major impact on how our services are gonna move forward and how the University is going to move forward.”

The four are currently working on plans to continue Blue Table Talks into the following years as a way to continue to give students places to connect and express their intersecting identities.