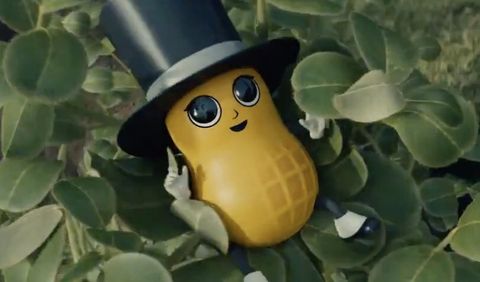 On Sunday, the San Francisco 49ers and the Kansas City Chiefs met head-to-head in Miami, Florida for Super Bowl LIV. Initial projections anticipated a close game, and after a tough battle on the field, the Chiefs trotted their way to their first Lombardi trophy in 50 years, putting up 31 points against San Francisco’s 20.

Earliest projections and estimates from Nielsen show that 102 million Americans tuned in on Sunday night, making Super Bowl LIV the 10th most-watched Super Bowl of all time. It was a good night to tune in, as viewers got to see a hard-fought game between two powerful teams, and may have gotten a glimpse at Jennifer Lopez and Shakira’s Latin showdown at halftime.

The game and the halftime show weren’t the only source of entertainment for viewers. Big companies and organizations impressed this year with powerful advertisements and commercials. Here are some of the best:

Planters: The world was shocked last month when Planters’ mascot Mr. Peanut sacrificed himself for the greater good and fell off of a cliff. He died on impact, and the peanut adorned with a top hat and monocle was gone before our eyes.

During the Super Bowl, Planters aired the funeral. With notable celebrities like the Kool-Aid Man and Mr. Clean at the burial, many mourned the death of an icon. But as Mr. Peanut died, Baby Nut was born, with the new icon being a plush, little peanut with big eyes and the classic top hat.

Planters seized the world’s love for baby-anything, and with #BabyNut, they delivered a superb commercial.

Hyundai: The Boston accent is a double-edged sword: you either love it or you hate it. Hyundai gambled on people embracing the former, and it resulted in a memorable commercial that will age beautifully.

It stars Rachel Dratch and Chris Evans as Bostonians who are amazed that John Krasinski is able to park his Hyundai Sonata without having to drive it himself. The hook of the commercial: every line includes a drawn out “ah” to it; instead of smart park, it’s “smaht pahk.”

If the Hyundai Sonata can get David Ortiz’s approval, then it surely can get ours for its smaht mahketing.

Hulu: The commercial that may have left most viewers suffering from anxiety was Tom Brady and Hulu’s collaboration. Amidst chaos and rumors of Brady retiring or leaving the Patriots, he cashed in big time with the classic “Hulu has live sports” motto. This isn’t the first time Brady has shown off his acting chops, and I’m sure it won’t be the last.

While the jury is still out on where exactly Brady will play his football next year, he definitely has a career in Hollywood waiting for him.

Tide Pods: Tide may have won the night in terms of the most memorable Super Bowl Commercial. The detergent company played off how awful it truly is to stain your shirt, especially while out at a public party. Using “It’s Always Sunny in Philadelphia’s” Charlie Day, Tide had multiple ad spots throughout the game, always reverting back to whether or not it was “later” enough for Day to finally wash his shirt. Expertly executed and funny as well.

Google: “A little help with the little things” is what Google calls it, but many of the Super Bowl viewers may be calling it “a little help getting through a box of tissues.” Thanks to Google, this man was able to reminisce about the love of his life, Loretta. Not only did Loretta and her surviving husband capture the hearts and minds of viewers, they made their way trending on Twitter, too.

With the help of Google Assistant, Super Bowl viewers could relate to the emotional territory of navigating the loss of a loved one, holding tight all of the memories that come with a life of happiness. Google remembers you, Loretta.