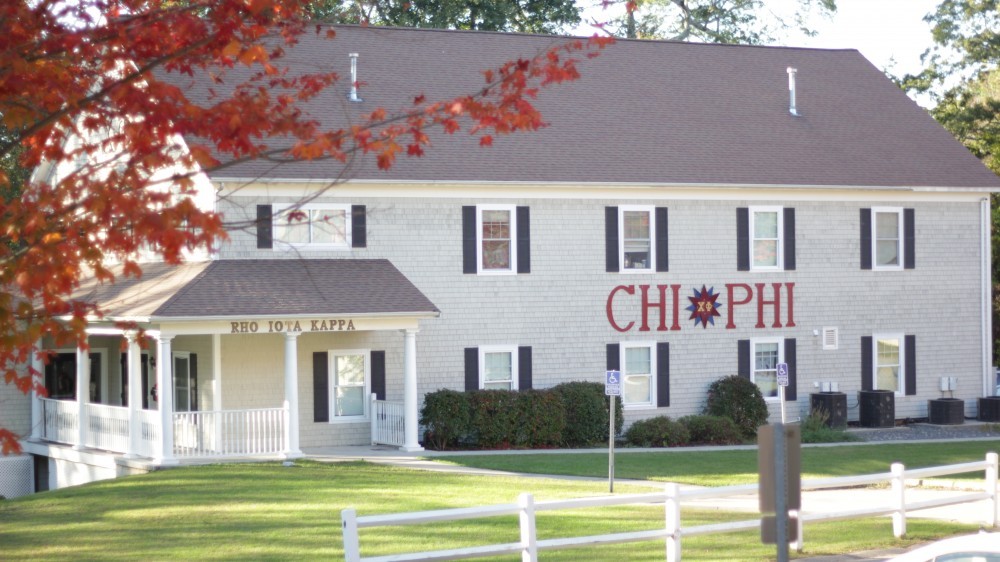 Two student-athletes on the University of Rhode Island football team were arrested on Sunday about 2:50 a.m. at the Chi Phi fraternity house following an alleged fight between the fraternity and members of the football team.

Freshmen Michael Lablanc, 20, from Charlestown, Massachusetts and Barret Lyons, 19, from Belmont, Massachusetts were both charged with disorderly conduct and simple assault. Both were dismissed from the team.

Six fraternity brothers were injured from the incident, three of whom were taken to South County Hospital. Injuries include lacerations, broken noses, a fractured jaw and a fractured arm.

Freshman Nate Pauls, from Hammonton, New Jersey, was indefinitely suspended. Four other athletes are suspended for Saturday’s game as well.

“This type of criminal and violent behavior is not tolerated at the University,” said Stephen Baker, director of public safety. “In addition to the criminal charges, the University is taking strong steps to address this incident. University officials also have been in contact with the students who were injured, making sure they have the appropriate resources and support.”

Police spotted a large group of people outside the fraternity house while patrolling the area on Sunday morning. They observed a black pick up truck leaving the area. The police questioned the six occupants in the truck. One person fled before the police could confront him.

URI police are continuing their investigation and are asking for anyone who may have witnessed the fight to call Detective Mark Brasil at 401.874.5580.

All seven football players were issued no trespass orders from Chi Phi and referred to the University’s judicial process.

Police said the charges could be upgraded to felony charges, depending on the results of the investigation. LeBlanc and Lyons’ arraignment will be held next week.

An anonymous brother from the Chi Phi fraternity, who left minutes before the incident, recalled the night from what his fraternity brothers have told him: “An ex-girlfriend came to the party unwanted and was kicked out. Her cousin, on the football team, showed up with a bunch of other linemen in a pick-up truck. Nobody knows how they got into the house. They broke in somehow. They walk in and start assaulting kids. Kids have no idea what’s going on. People are banging on [President] Liam Ryan’s door. Liam walks downstairs and gets cracked in the back of his head, knocked out. Kids have broken jaws, broken arms. It was a bunch of linemen against five brothers. The cops show up and the kids get caught trying to get into the truck. There were multiple kids knocked out, laying on their face.”

“There are civil suits pending,” the anonymous Chi Phi brother said. “Some kids haven’t been in class all week. Some have concussions so bad they have to wear sunglasses in the dark. This is not the first incident with football team. Our main complaint is that we didn’t pay tuition here to get jumped. We just want a safe environment.”