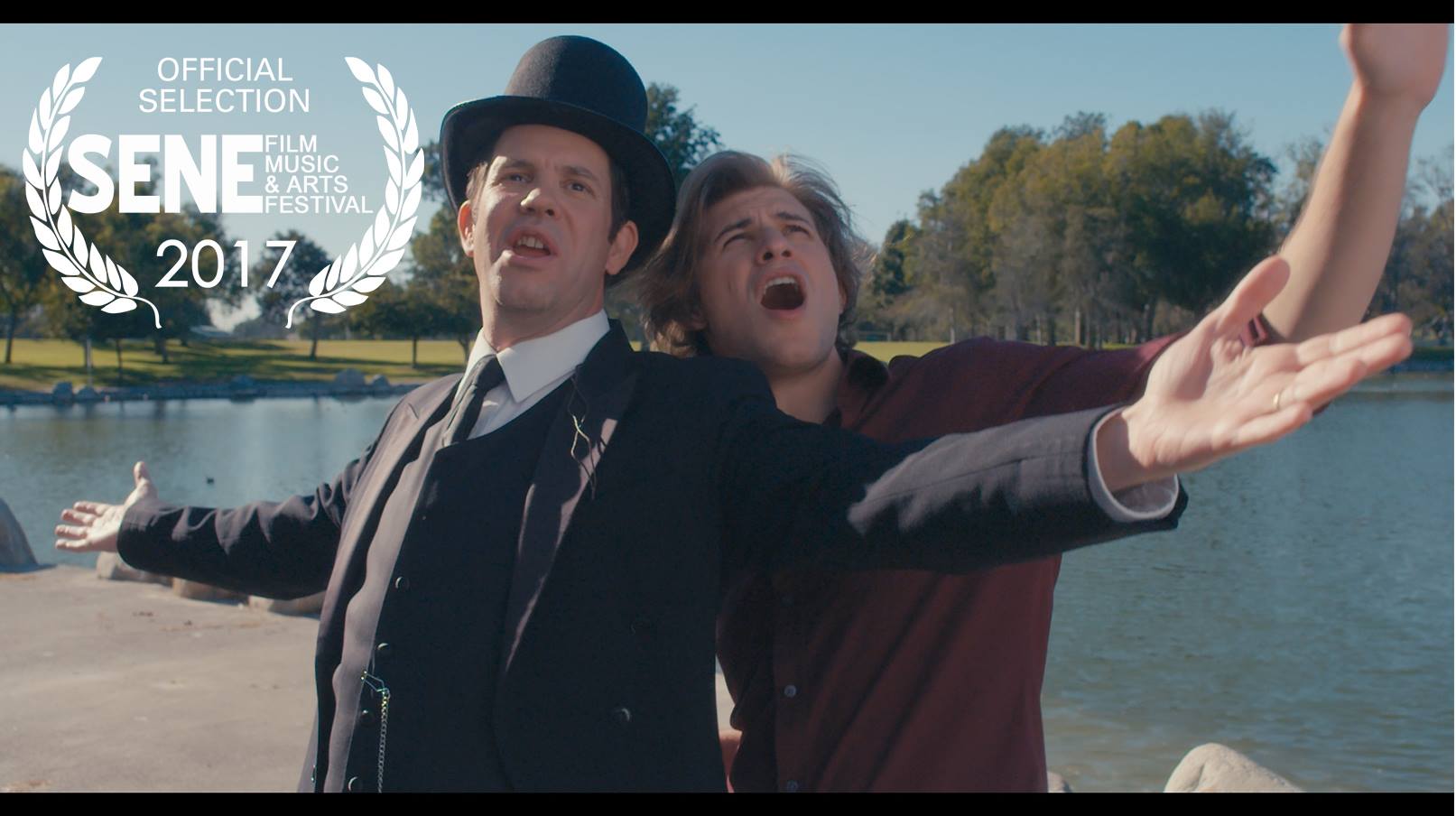 Don’t let the title fool you, “Trying to Fuck: A Modern Day Romance” is not necessarily a dirty or inappropriate story. In fact, it is a “whimsical musical about modern dating,” inspired by the “hookup culture” that exists among college students and young adults.

The film follows Beau, a care-free man in his twenties, as he bounces from one date to the next using his “Finder” dating app. Tagging along on his journey is Kingsley, an older and wiser British man, who leads Beau on his journey as he tries to sleep with as many women as possible. The two are followed by a barbershop quartet and musicians as they make their way around town, singing songs about “the rules” for staying unattached and being single.

Once Beau starts spending extended time with one of his hookups, Vivian, they establish a set of “rules” for a friends-with-benefits relationship. However, Beau begins to find himself developing deeper feelings for Vivian. Will Beau break “the rules” for a chance to fall in love, or will he continue trying to just sleep around?

Avila graduated from the University of Rhode Island in 2013 with a Bachelor of Science in Film/Media Studies. She came to URI after growing up in Glendale, California and was seeking “an adventure, and life experience somewhere outside of” her home state so that she could “create [her] own stories to write” when she graduated.

Her love of film stems from her childhood. She grew up watching films that most kids watched, like “The Sandlot” and “The Big Green,” but her interest in making movies really began when she started working on projects for dance recitals. Avila’s love of film fully took hold at the age of 9 when she received her first video camera, and her love for the silver screen has only continued to grow since.

Following her graduation from URI, Avila moved back to California. She spent a year freelancing and working at NBC’s Access Hollywood/Access Hollywood Live as a production assistant. In 2014 she was accepted into the graduate program at Chapman University’s Dodge College of Film and Media Arts.

She will complete her studies for her Master of Fine Arts in Film Production with an emphasis in directing next month. The films was the result of one of Avila’s graduate school projects. Most of the production process for the film was pulled together in just a few months, according to Avila. The crew prerecorded the musical numbers after casting and then lip-synced on set for filming, in order to ease the process.

“It was shot in a total of four days,” Avila said. Though that doesn’t mean it was easy, “it takes a whole lot of planning,” Avila added.

The film was created and written by another student at the Dodge College of Film and Media Arts, Matt Gibson. Gibson has since been nominated for a Student Emmy in the “Writing for Comedy” category for the film.

“I fell in love with the script and the idea of doing something different,” Avila said, who had never worked on a musical prior to this project. “It was just a well-structured story, you very clearly see the flaws of the character and how they go about dealing with them. It’s a story inspired by our reality but it also lives in this false reality.”

The film has been submitted to a few festivals, and so far the film has garnered positive feedback from its limited release. The movie was recently screened as an official selection of the Pasadena International Film Festival and will be screening in Rhode Island at the end of the month as an official selection of the South East New England (SENE) Film, Music and Arts Festival.

The 38th College Television Awards will take place on Wednesday, May 24, 2017. Keep an eye out to see if Gibson and will take home the award for “Writing for Comedy.”

“Trying to Fuck: A Modern Day Romance” will be playing at the SENE Festival on Friday, April 28 at 6:30 p.m. at the Columbus Theatre in Providence, Rhode Island during the Comedy Shorts Block.