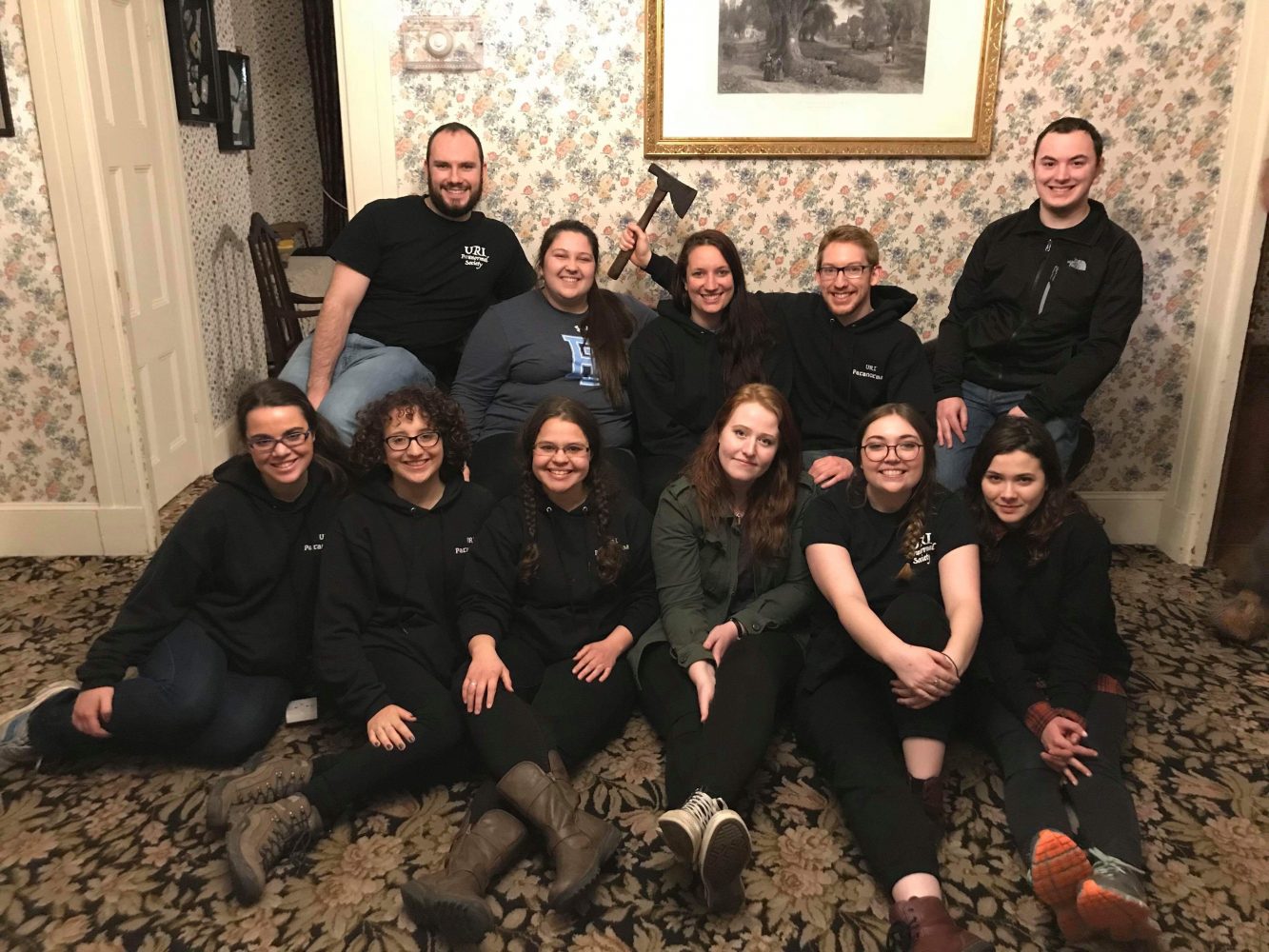 Lizzie Borden took an axe and gave her mother forty whacks, when she saw what she had done she gave her father forty-one.

That famous nursery rhyme references one of the most notorious cold cases in the nation. The bloody murders of Andrew and Abby Borden, who have been speculated to have been killed with an axe by their daughter (step-daughter for Abby), Lizzie Borden, in 1892. The home, now a bed and breakfast, is also known as one of the most haunted places in America.

Last week, I and a few members of the University of Rhode Island’s Paranormal Society got to investigate the house, and we experienced things that we cannot explain. Three different things happened to my group and me throughout the night.

The first thing happened to my group of six members when we were sitting in the room where Andrew Borden was struck 11 times. We were doing our usual routine of asking questions and sitting in silence, listening for anything out of the ordinary. It is imperative to say that a member of RISEUP, the paranormal group that helped us get into the house, was on our floor and left the house during this time for a few minutes, making my group the only ones on the first floor with the other group two floors above us.

My group was talking a little bit about a car outside when we heard what we described as a latch being opened and we assumed it was the RISEUP member coming in. We called his name and continued to hear shuffling of someone coming in the house and the latch being messed with. After a few moments of not hearing him say it was him in the house, a member of my group got up to look and informed us no one was in the doorway. We all stood up fast, finding that all three people that it could’ve been were all outside and away from the door. The other group was upstairs and oblivious to what was going on. Every single member of my group heard the door and the shuffling. One member who was sitting on the floor said she could feel the vibrations of someone walking. We even got the sounds on two separate recordings. Who it was, or what it was, we have no idea.

The second and third things that we experienced all happened when we were on the second floor in Andrew Borden’s bedroom. All 14 of us that were there that night were in the bedroom. While we were asking questions, we were getting repeated thuds on the floor that started on the side of the room opposite from where I was sitting on the floor against the wall. The thuds continued in response to our questions. Around the third time it happened, it was close to me and I could feel the vibrations underneath my feet as could other people in the room. There was no explanation for this either.

When we were playing back recordings from our session in the room, the beginning started off with us talking like we had been as we all got settled into the room. At one point, one member of the group asked if everyone was there and I counted everyone out. When you hear this on the recording, when I get to the four in my counting you can clearly hear a low, whisper-like voice saying “shut up,” something that no one in the room had said to me during my counting.

The Lizzie Borden house was absolutely one of the coolest places I have ever investigated and our night there did not disappoint, giving us evidence that we cannot give an explanation to besides chalking it up to something possibly paranormal. The night led us to all believe that the Borden’s still find residence inside the home over 100 years after the murders.