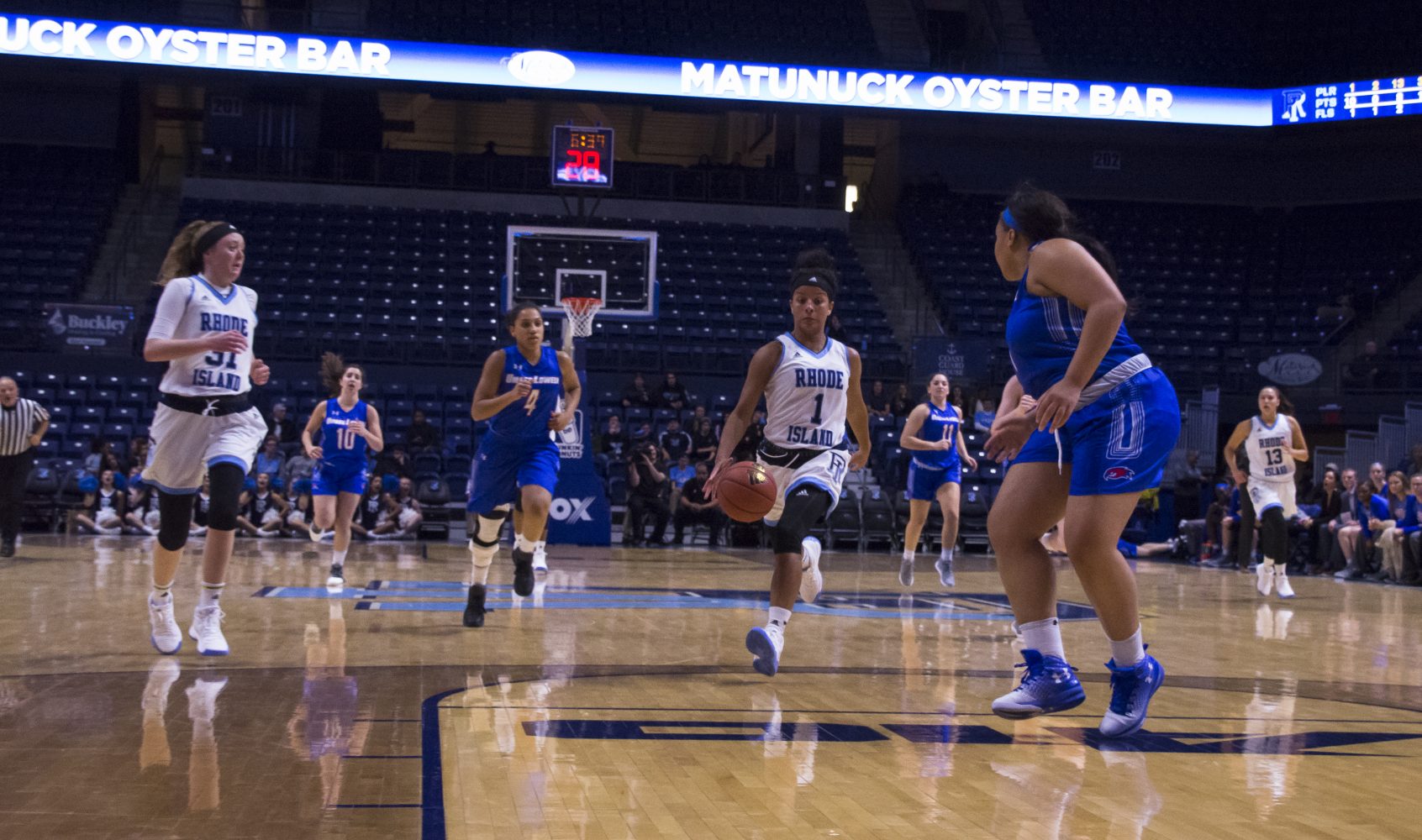 The University of Rhode Island women’s basketball team saw their season come to a close last Tuesday after falling 75-53 to the Fordham Rams in the first round of the Atlantic 10 Conference tournament.

The Rams finished 3-27 overall and 1-15 in conference play, picking up their one victory against La Salle on Jan. 20. The Rams featured a roster with only six returning players, and that number dwindled down to five when senior Charise Wilson took a leave of absence. The starting lineup for the last game featured three freshmen and two returning players, Jalissa Ross and Nicole Jorgensen.

This year’s squad featured eight newcomers, seven of which were freshmen. Coach Daynia La-Force, in her fourth season at the University, had no problem, and no option, depending on freshman to play meaningful minutes this year. Marta Vargas, a point guard from Portugal, tallied 851 total minutes, second on the team behind Junior Jalissa Ross. Vargas’s fellow freshman Abby Streeter clocked in the third most minutes on the team with 818.

Sophomore Nicole Jorgensen was a bright spot for the Rams this year. She came off of an impressive freshman campaign and turned in an even better sophomore season, averaging 14.9 points per game as well as 7.8 rebounds. She totaled 9 double-doubles on the season.

While the team didn’t necessarily wow fans with their performance this season, they have the makeup of a squad with a promising future. La-Force’s roster features no graduating players, meaning she will likely return to a full roster for the 2018-2019 season. Juniors Dina Motrechuk and Ross will move into their final year in the program, while the seven freshman will come back with a year under their belts. Jorgensen will be a junior and will look to continue to improve.

While the pieces are not completely put together yet, this Rams team is close to finishing the puzzle, and they’ll be back in the fall to continue progressing.