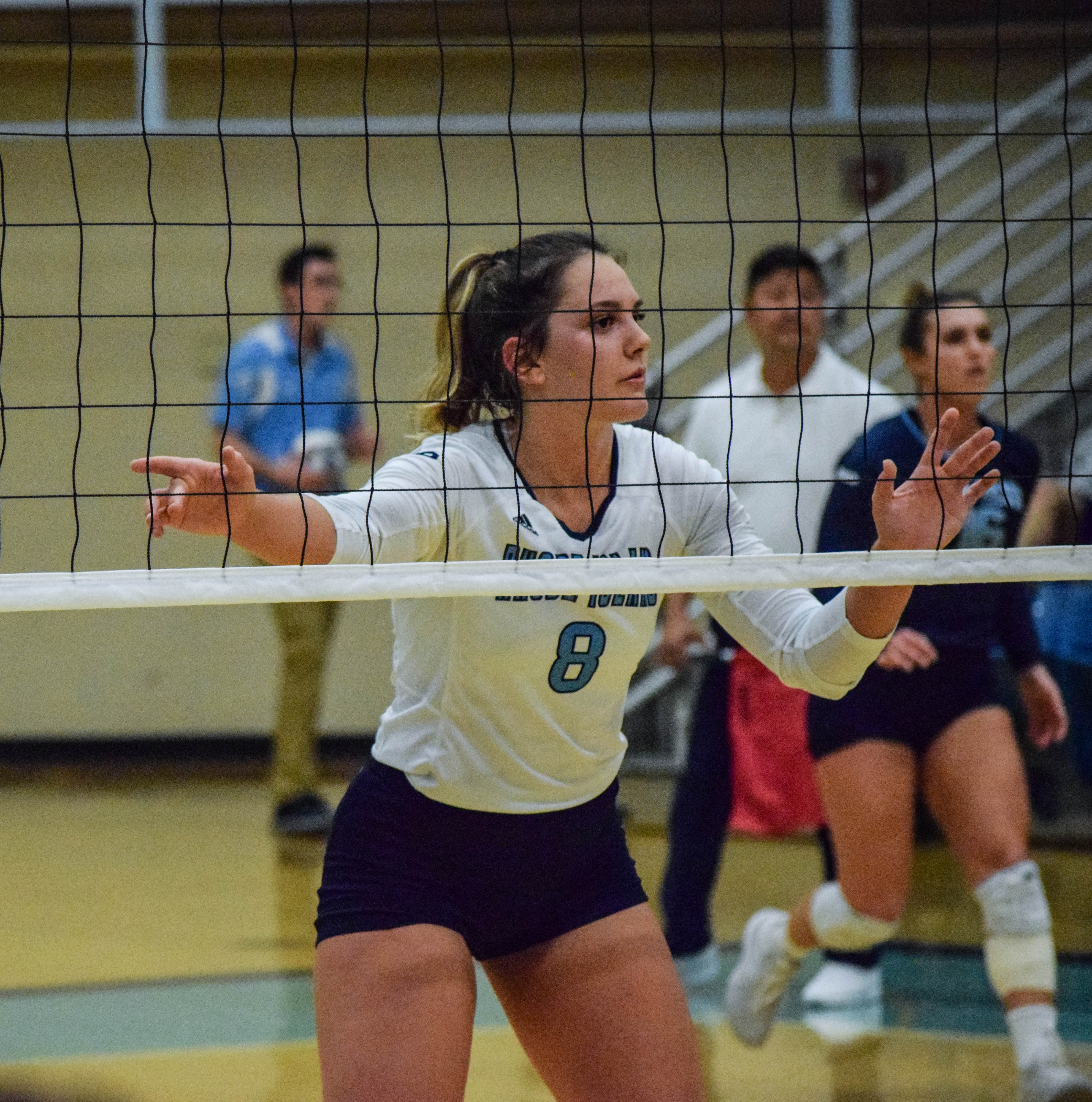 Since Budinich’s position requires her to be on the court just about every play of the game she provides leadership and focus to the team. She leads the team in digs and was an integral part of serve-receive patterns. The hitters usually get all the recognition in the game, but without the work of the ball control players at the beginning of the play, the team wouldn’t be able to function at its best.

According to Coach Steve Santonastaso, being a setter is a lot like coaching, when things go well on the court you are usually giving other people credit, and when things aren’t going well there is a lot of responsibility on the setter. Pick worked hard day in and day out to bring her best to the court both in practice and matches. Her work ethic and attitude, along with Budinich, were a foundation of our team.

As two of the three captains, both players brought outstanding leadership and mentoring for the roster to the table. Since the team is a young group there was a lot of guidance and mentoring that came in different forms this season. Not only did the team benefit greatly from their leadership this season but the program is set up for success well into the future Coach went on to say.

Pick finished her final season with a career-high 38 kills, 271 digs and 76.5 points scored.