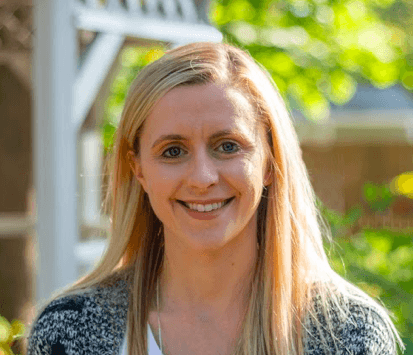 A University of Rhode Island graduate student was named Grassroots Professional of the Year by the American Cancer Society Cancer Action Network (ACS CAN) due to her passion and dedication to further the achievement of advocacy goals.

Cori Chandler is the Grassroots manager for ACS CAN, which is a nonprofit, nonpartisan advocacy affiliate of the American Cancer Society. The group supports evidence-based policy and legislative solutions designed to eliminate cancer as a major health problem.

“Cori [Chandler] puts her heart and soul into this job,” said Amber Herting, director of Media Advocacy for ACS CAN. “In addition to supporting volunteer fundraising efforts and recruiting ACS CAN members, Cori [Chandler] spent the 2019 legislative session attending committee hearings and testifying on bills critical to the fight against cancer.”

For Chandler, cancer advocacy is close to her heart. A few months before graduating high school, Chandler was diagnosed with a brain tumor. She underwent numerous surgeries over the course of eight years.

“I was able to regain some sense of normalcy with the support of my family,” said Chandler. “I was very much aware that this is not the reality that everyone faces, and I consider myself lucky.”

Chandler’s situation drove her passion for creating change helping to prevent cancer and allowing normalcy to be a reality for other cancer patients, survivors and their families. As a Grassroots Manager in Rhode Island, Chandler mobilizes volunteers and supports them by helping to amplify their voices to urge lawmakers to make cancer a national priority.

“There are a vast number of policies that impact the fight against cancer that are controlled by legislatures,” Chandler said. “Cancer advocacy is so important because it is an avenue to impact policy change, through which we have the ability to make dramatic advancements in preventing cancer, curing cancers and improving the quality of life for cancer patients and survivors.”

Chandler notes that the federal government is the largest funder of cancer research.

“At ACS CAN we fight for increases in funding to the National Institutes of Health (NIH) and the National Cancer Institute (NCI) so that advancements in research can continue to be made at the necessary rate,” Chandler said.

Advocacy is not only used to generate money for research. ACS CAN also advocates for other issues, including access to care, tobacco control, cancer prevention and quality of life.

The ACS CAN website features an annual report that shows where each state stands on issues affecting cancer patients and survivors. Rhode Island does well in most areas, such as increased access to Medicaid, smoke-free laws and access to palliative care, but falls short in tobacco prevention funding. Chandler and the Rhode Island ACS CAN plan to tackle the state’s shortcomings in the upcoming legislative session.

“Right now, our state is spending under $400,000 a year on this program, only 3 percent of the recommendation,” said Chandler.

According to the Rhode Island Department of Health, lung cancer is the second leading cause of death in the state.

“With over 28 percent of cancer deaths in Rhode Island attributable to smoking, it’s time for this to change,” Chandler said.

Chandler has been working for ACS CAN for about three and a half years, starting as a volunteer when she was an undergraduate political science major at URI. Chandler encourages students to become an ACA CAN member and volunteer to help prevent suffering and death from cancer.

Students can get involved by meeting with lawmakers, writing letters to the editor or volunteering in the community.

“We would love to have more URI students become part of our volunteer leadership or grassroots team,” said Herting.

Anyone interested can reach out to Chandler at Cori.Chandler@cancer.org.