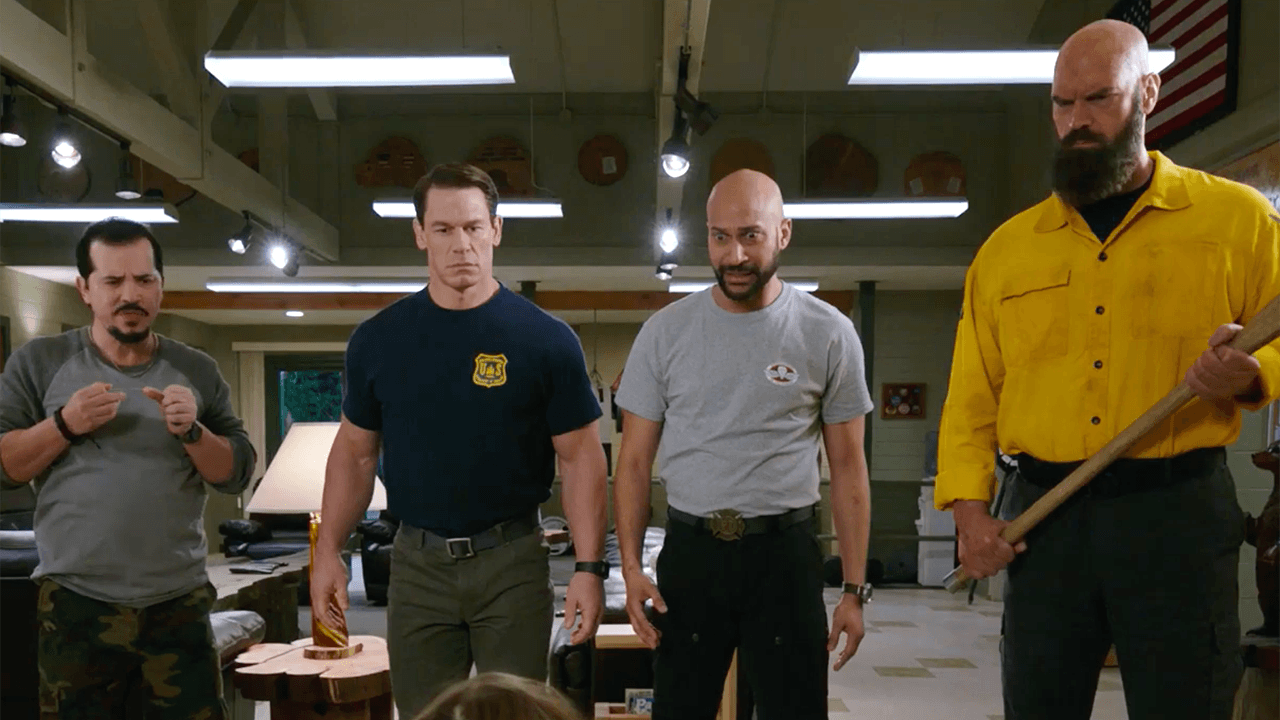 “Playing with Fire” is the latest family comedy directed by Andy Flickman, and follows a group of smokejumper firefighters who have to watch a group of three kids, who they then save from a burning cabin near their fire station.

This film is a completely laugh-free family comedy that wastes the talent of John Cena, Judy Greer, Keegan Michael Key and John Leguizamo as Jake, Amy, Mark and Rodrigo respectively, with a bunch of predictable physical comedy and a lack of actual plot.

The main problem with the film is that besides its opening sequence, there are no other firefighting sequences in the entire film. The rest of the film’s runtime consists of typical sitcom jokes and subplots surrounding the three main firefighters trying to take care of one teen and her two siblings, played by Brianna Hildebrand, Christian Convery and Finley Rose Slater respectively, in a firehouse station for nearly an hour. In explanation, “Playing with Fire” simply doesn’t have anything interesting happening and its dramatic subplots that encompass the film’s second act feel forced and predictable from the very beginning.

As a family comedy, there is nothing to really capture kids’ attention mainly because the film centers around themes of work promotions, dealing with the death of family members and an unconvincing romance. Cena, Leguizamo and Key have proven to be charismatic and funny actors in previous films, but they are given nothing to do here except prolonged corny jokes and slapstick to bring the movie to the feature length of 90 minutes.

Judy Greer stars as a nearby scientist who is supposed to serve as a love interest to John Cena’s character even though they have no romantic chemistry in the slightest. The closest joke that might work for younger audiences involves John Leguizamo and Keegan Michael Key becoming “My Little Pony” fans as the children watch it at their station.

“Playing with Fire,” cannot even make its child characters likable because they constantly disrespect and cause damage to the fire station without any consequences. None of the film’s subplots were interesting and the characters are barely given any backstory except for one or two brief moment with Cena, Key and the children that leave little to no impact on the plot. All of the film’s jokes are basic slapstick except for Leguizamo’s jokes, which consist of misquoting famous people throughout the film’s entire runtime.

The film’s ending felt overly rushed and forced into another action sequence that makes no sense when anyone truly thinks about it. “Playing with Fire” is a laugh-free family comedy that neither takes advantage of firefighter protagonists, good actors and dramatic subplots that show up out of nowhere because of the films sitcom type humor and lack of real plot progression throughout. For me, “Playing with Fire” gets a two out of 10.