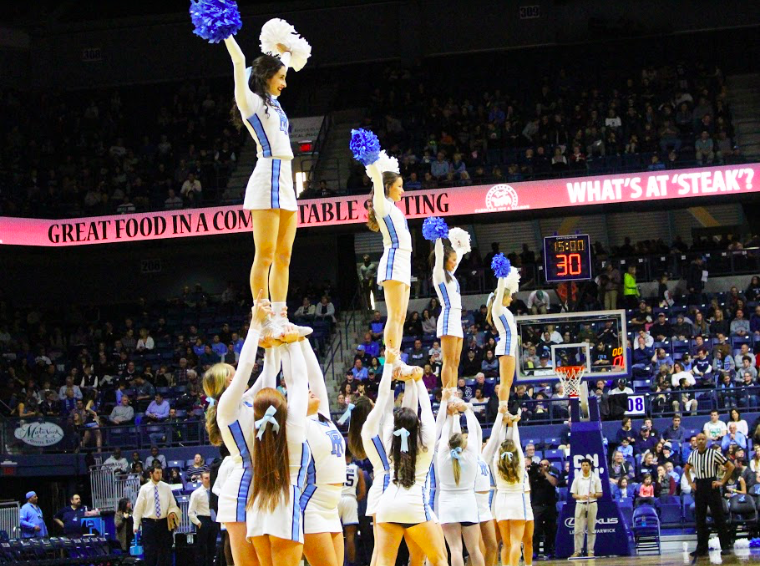 In Orlando, Florida the mecca of college cheerleading was taking place unknown to most mainstream sports fans.

Not labeled as an NCAA sanctioned sport, cheerleading falls under the umbrella of the UCA, the governing body of all cheerleading in the United States, with over 950 teams that encompass all of college athletics. Rhode Island Cheer was able to come out of the weekend with some serious hardware, as one of a few teams to win a National Championship.

For URI Cheer, they compete in the Division 1 FCS division or know as simply Div.1 to the UCA. With a “spirit squad” that is an all-girl team, URI competed in the All-Girl Open and the All-Girl Gameday competitions, coming away victorious.

“It’s my first year here, it’s so rare to win in your first year as a head coach,” said Cassidy Hall, the first-year head coach.

“I knew we were in a good spot, but I wasn’t sure how much ground we were going to be able to make up,” Hall said.

That’s when the Rams took off. Second place was not enough for the Rams. After a flawless routine, all they could do was wait. After watching the rest of the teams compete the judges were ready with their scores.

The Rams were national champions. The Championship they won was in the All-Girl Open division. In that run, they defeated cheerleading powerhouses such as James Maddison, Hofstra and Sacramento State.

The second half of the competition did not quite go the Rams way. Having a firm grasp in second place in the All-Girl Gameday Division the Rams were poised to come away with their second national championship of the weekend.

“It didn’t quite go our way,” Hall said. “There were a lot of things that we could’ve done better and we didn’t execute.”

Rhody went on to finish seventh in the Gameday Division, as Sacred Heart University would come away with the championship.

In her first year, however, Coach Hall will be just fine with walking away with a national championship.