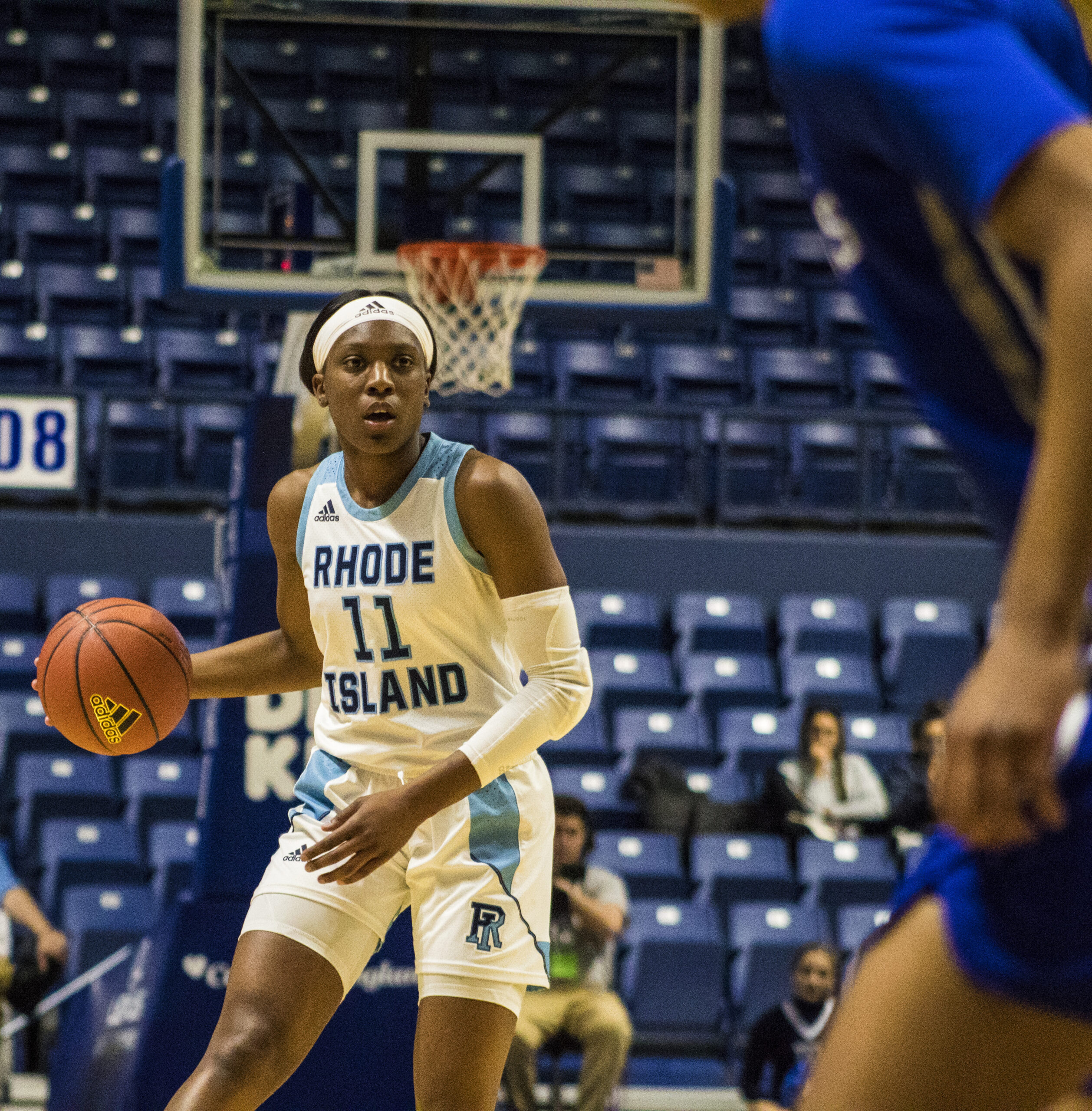 Rhode Island women’s basketball picked up their second straight Atlantic 10 win and their sixth win overall this past Sunday after defeating St. Bonaventure 69-67.

Six conference wins is the most by a Rhode Island women’s team since 2014-2015, when they won eight conference contests enroute to an A-10 quarterfinals trip.

The last time the Rams and St. Bonaventure faced off Rhode Island was limited to a short bench after Nicole Jorgensen left with an injury four seconds into the game in Olean, NY. The Rams ultimately fell 64-59.

This time around Rhody had the full complement of their starters and it showed with three of Rhode Island’s starters in double figures.

Redshirt junior Erin Jones and senior Davida Dale paced the Rams putting up 16 and 18 points respectively while freshman Kassondra Brown contributed 13 of her own.

The second quarter was more of the same for Rhode Island as they stretched the slim three-point lead to 15 when two Nicole Jorgensen free-throws put Rhode Island up 37-22.

With URI’s lead at just one in the final seconds of the game, Jones took to the free-throw line to seal the game.

“I just had that Mamba mentality,” Jones said. “My teammates and my coaches said I got it so I had all the confidence.”

Jones also hit all four of her free-throws in the final 15 seconds to seal the win for the Rams.

URI would go on to win behind those clutch Jones free throws.

Rhode Island continued its rebounding prowess, out rebounding the Bonnies  40-37. Rhody ranks sixth in the nation at 44.46 rebounds per game, Dale and Jorgensen contributed nine rebounds of their own, leading both teams. Junior Emily Calabrese led the Bonnies with seven boards of her own.

The Rams also held SBU to just 25 percent from long range, which is right on their average of 28.3. That places URI at 43rd in the nation.

Rhody followed up their home win with a trip to Pittsburgh Wednesday night, to take on the Duquesne Dukes. The Dukes were able to cruise past Rhode Island, winning by a final score of 72-62. URI was paced by Dale, who scored 27 points, grabbed seven rebounds, and also totaled four assists. The Rams are now set to return home Saturday afternoon against La Salle.