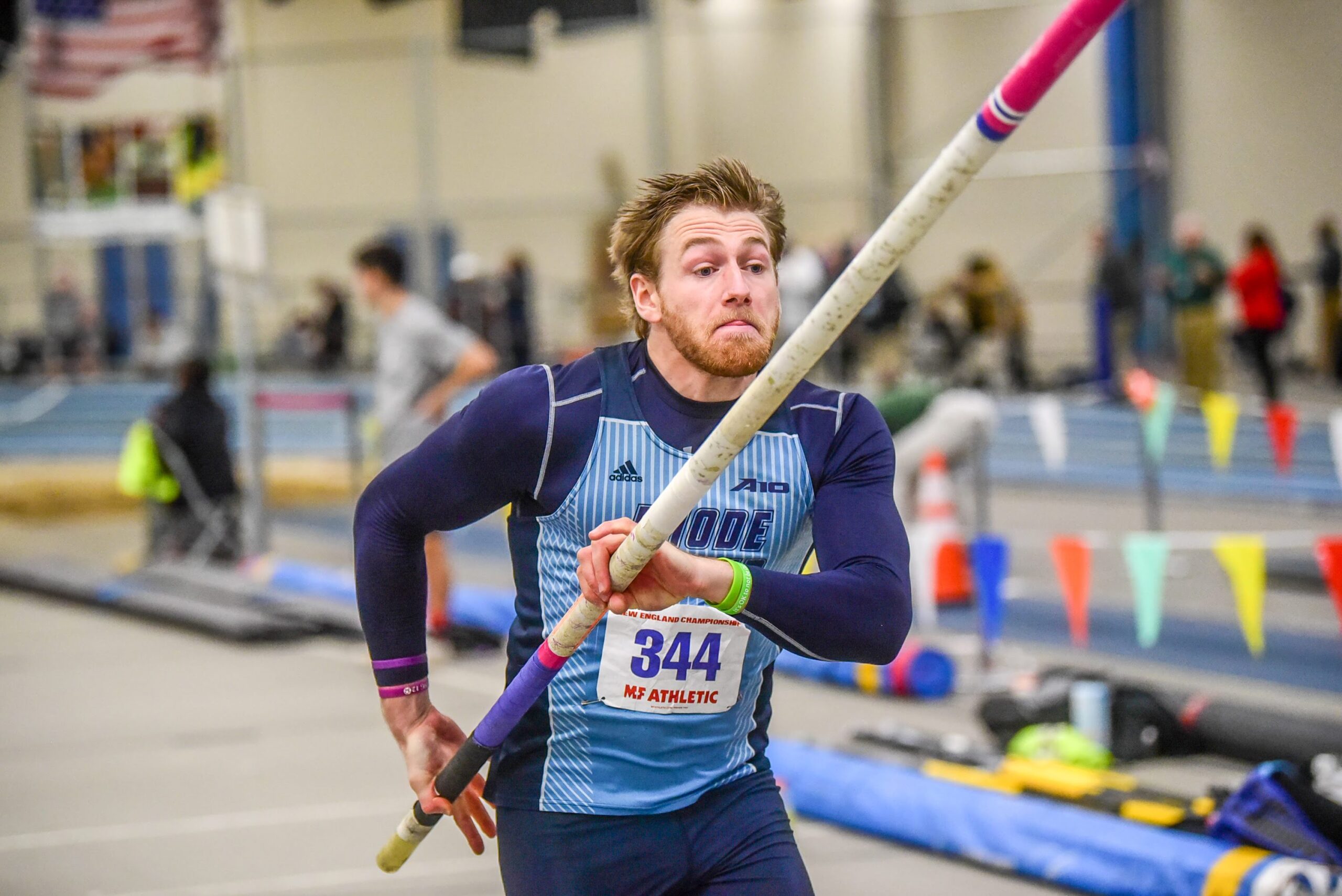 The COVID-19 pandemic has caused issues for athletes around the world and many have had to get creative in how to stay ready for when competition resumes. Rhode Island-native and University of Rhode Island track star Stephen Cirella is certainly one of those people; he has not let the pandemic slow him down in his preparation for the season.

Cirella went to high school in North Kingstown playing baseball with the hopes of one day playing for Rhody. His father had played football at URI and his brother was a baseball coach.

“I loved baseball growing up and wanted to be like the rest of my family,” Cirella said.

However, when Cirella received a scholarship offer to play baseball at Salve Regina University in Newport, he decided to go there instead.

After a year at Salve Regina, the senior decided to pursue that potential and transferred to URI, where he switched from baseball to indoor and outdoor track. He called the transfer and switch to track, “the best decision I’ve ever made.”

“I started running my junior year of high school and only ran to stay in shape for the other sports played,” he said. “I always wanted to play baseball in college, but in high school I definitely saw my potential in track.”

Cirella does the decathlon and heptathlon while representing the Keaney Blue. These events take multiple days and involve several different events within them. All together, the two competitions require skill in twelve different track and field events.

“Of course I chose the most physically demanding events,” Cirella said. “But it really is super rewarding. In the offseason, all the work I have to do for the season gets me in great shape and when the season comes around, I love competing.”

The pandemic made it appear as though this offseason might not be as rewarding, but Cirella saw things differently. He said the time off presented him with an opportunity to work on things he hadn’t focused on as much in the past, such as figure out his running form, focus on aerobic shape and work on his throwing.

While he couldn’t use the weight room where he’d spend most of his time normally, Cirella got together with one of his teammates to develop a training regiment, which took place mostly at the track itself. It involved hours of different form drills and burst exercises, followed by throwing practice.

“I feel like this pandemic has almost made me more well-rounded,” said Cirella.

No one is quite sure when the next season will begin for Cirella and the Rhody track and field team, but Cirella is staying ready for when the time comes and remaining hopeful.

“Regardless, I will continue to train as if we are starting tomorrow,” he said.