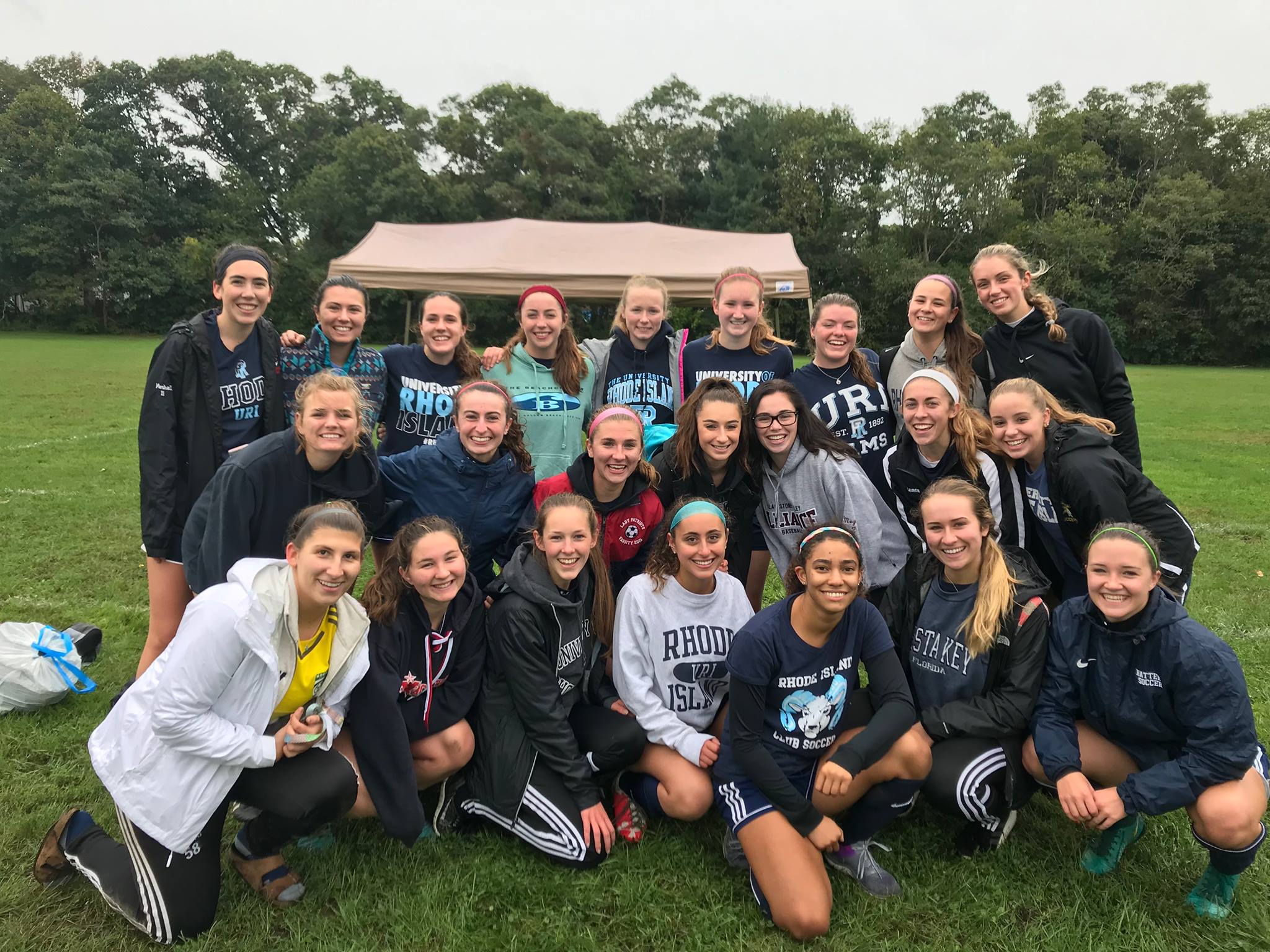 While COVID-19 has made it difficult for club sports to recruit new players, the University of Rhode Island women’s club soccer team has taken advantage of the resources they have to recruit athletes and successfully hold tryouts.

Despite seeming like a monumental task to get a team together for this fall, team president Gillian Shelby had a very simple approach going into this season.

“I tried to make sure that all the girls would have the best experience possible and have the easiest ways to gain access to our team,” Shelby stated.

In her first year as president, Shelby had a strong plan to reach out to interested players in any way possible. Strategies ranged from connecting with students on social media to setting up a Zoom meeting during the virtual First Night events on Handshake. She said that everyone on the executive board took up different roles in order to further reach out.

“[Social Media Chair Leila Loparto] made it a big deal to make sure that all the freshmen living on campus and everyone living on campus had access and was able to [see] that we were going to have tryouts,” Shelby said.

Even with most of the team’s communication being held virtually, Vice President Teresa Nocera explained that the team was also able to promote themselves further by advertising around campus through posting flyers.

“We even had a really good showing for tryouts,” Nocera said. “I think it definitely went better than expected.”

The team held tryouts during the last weekend of September with new safety protocols set in place. All club teams can only practice in groups of five, while players have to wear masks at all times. To accommodate everyone trying out, there were four different groups of players, with each group spaced out and going through shooting and passing drills individually.

Even with these newfound obstacles, Shelby was impressed by what she saw on the field as well as the attitude the players had.

“What impressed me the most about it was all the girls, besides the fact that they had to wear masks and have all these guidelines, they still wanted to go out and play the sport,” Shelby said. “It really showed that everyone was dedicated.”

Shelby also noted that a majority of the team is now freshmen, a feat that reflects well on both the recruitment process and how passionate the new group is.

Unfortunately, full competition will not be in the cards this semester. The circumstances brought on by the virus will prevent the team from scrimiging and playing games against other schools. Besides practice, one way the team looks to make up for this is through an increased amount of “split” team bonding, where “half the girls will be on one side and half the girls will be on the other in a socially distanced space,” according to Shelby.

Many players also plan on participating in the 4 vs. 4 intramural soccer season that is being offered through campus recreation this fall. With all of the health restrictions and limitations in place, the team is very thankful and excited that they can still compete against each other.