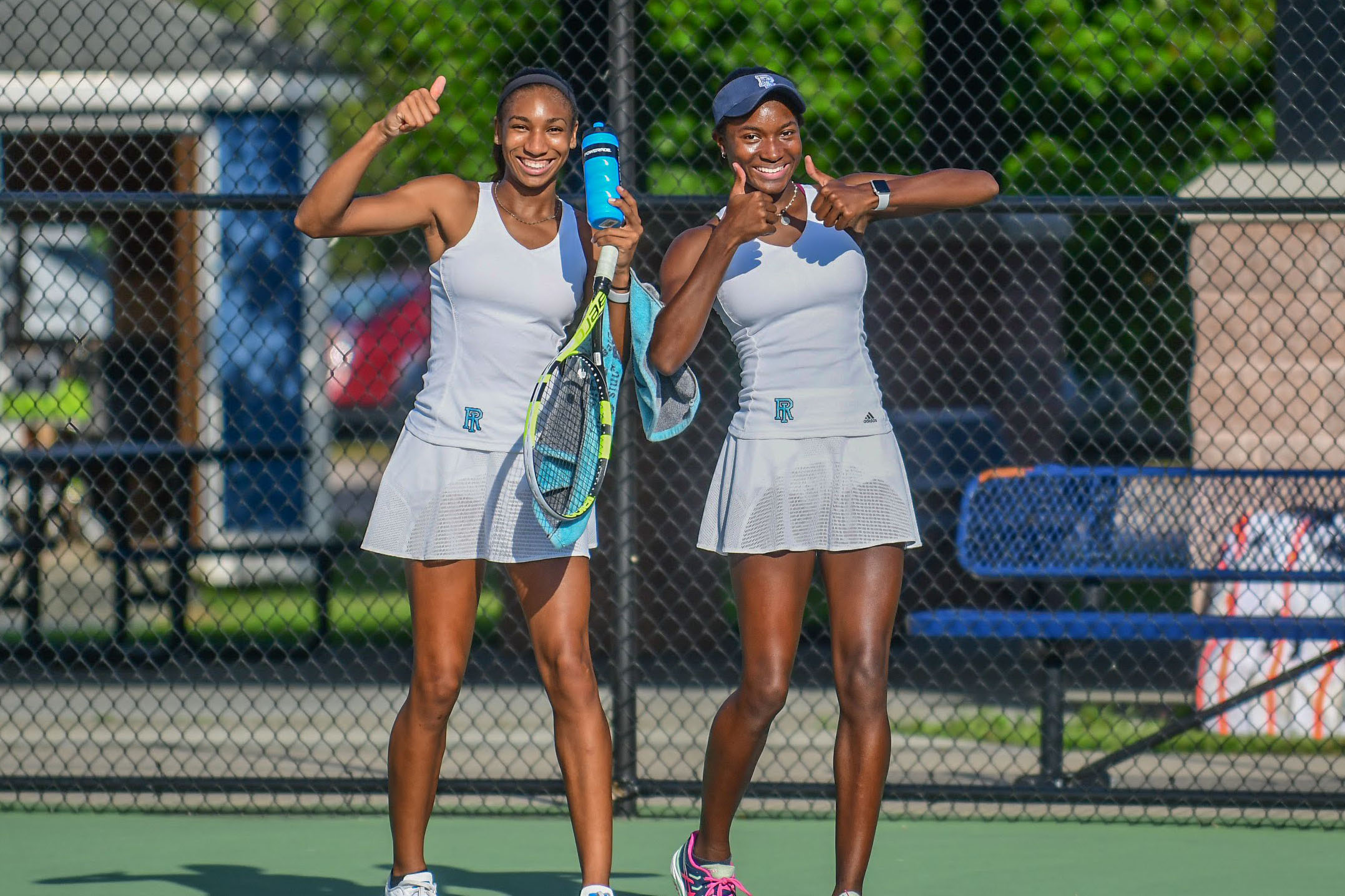 Born within seconds of each other, the University of Rhode Island’s Women’s Tennis duo Erin and Sydney Chratian have been teammates at every stage of their lives.

The fraternal twins from Jones Creek, Georgia grew up swimming and playing tennis and soccer, but tennis was the sport that stuck thanks to their dad, Ron, who would take them for lessons.

“We originally just did it for fun, but then we took that as our only sport and started getting more serious with it,” Sydney said.

The two would go on to compete in premier junior tennis tournaments across the South and Southeast like the Adidas Elite 32 Championships and the USTA Southern Doubles Tournament, both of which they won.

Coming out of high school as four-star recruits according to tennisrecruiting.net, the two were set on playing collegiate tennis together somewhere far enough from home, but still on the east coast. The twins visited Emory, Cincinnati and Elon, but nothing compared to their visit at URI. They immediately fell in love with the school and the campus and knew it would be the place that they would spend the next four years.

“It kind of sounds cliche, but campus is just one that you walk on and feel like you are at home,” Erin said. “Even though we are like 800 miles from home, it still felt like home here in Rhode Island.”

Looking back, they appreciate that they stuck together instead of heading to separate schools.

“It’s very beneficial,” said Erin. “After long matches or hard lifts, I always have someone to eat with and recover with.”

The sisters immediately made their presence known when they arrived in Kingston. Erin quickly rose to the No. 1 position on the team, playing all but two of her matches at that spot. She would finish tied for first on the team with 10 singles wins and seven doubles wins in 2018-19. This would earn her Second Team All-Conference honors. Sydney would also contribute to victories in singles and doubles, finishing tied for second with six singles and doubles victories.

The sisters also went through numerous coaching changes over the course of their freshman season. Tim Murphy, the coach that recruited them, left the program before they stepped foot on campus. Gordie Ernst, their coach for the majority of their freshmen season, resigned after being involved in the  college admissions scandal. Rebecca Ricci left the program after serving as the interim coach following Ernst’s resignation. The two learned a lot from these events.

“Any type of adversity brings a team together,” Erin said.

Last season under new coach Val Villucci, the sisters once again found themselves as two of the top performers on the team. Erin would finish the season with a team-best eight singles and seven doubles victories while Sydney finished with five singles and doubles victories.

Besides their play on the tennis court, Coach Villucci has also been impressed with the athleticism that the two possess.

“They’re tall and they have an athletic build––a great combination for tennis,” Villucci said.

Yet athleticism isn’t the only reason behind their victories.

“Sydney and I would also like to look at ourselves as smart players that also use great tactics on the court,” Erin said.

Off the court, the sisters have chosen to head on two different paths. Erin is currently studying supply chain management with the hopes of earning her Master’s of Business Administration, while Sydney is studying cellular and molecular biology on the pre-med track with hopes of heading to medical school in the future.

After a sophomore season cut short due to the coronavirus, the duo is looking forward to getting back on the court and becoming teammates once again.