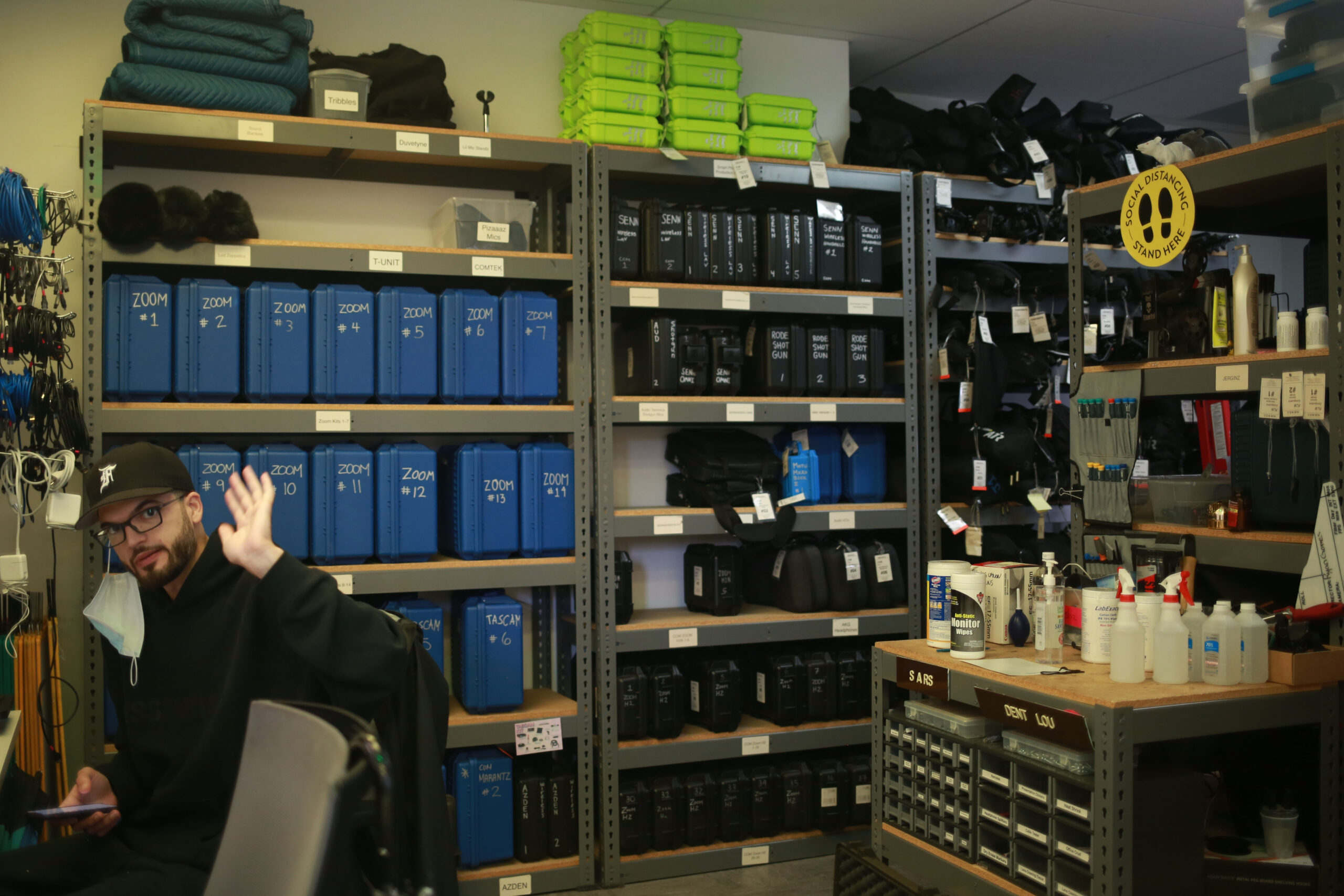 Media Equipment Center employee, Luke Santell, is eager to see what Ranger Hall will be like after renovations. Photo by Grace DeSanti.

Renovations of the upper-three floors in Ranger Hall will begin in February 2022 and be completed by the following fall semester.

The construction delays for Ranger Hall due to COVID-19 total a mere three weeks, according to Schane Tallardy, the construction manager of the project, since work has not started yet.

“I think we’ve put a good team together for the project, and the technology that we were able to put in place quickly allowed us to keep the project moving forward,” Tallardy said.

According to a brochure on the expansion, the upper levels will include an all-new video-shooting studio for film majors, a central administrative and student services office suite and many more interactive classrooms and computer labs similar to the ones already featured on the first floor, which URI renovated three years ago.

“It will help the students find their identity within the Harrington School,” he said.

Tallardy also said that his team has made few changes to the project since the pandemic hit, as construction has not yet begun. He noted for the future included making the additional levels of the building more compatible with current classroom protocols such as maximum ventilation and separation of desks and work spaces.

Tallardy said they are now looking to put in an advanced heating, ventilation and air conditioning (HVAC) system on the renovated floors that use bipolar ionization, a technology that releases charged atoms that attach to and deactivate harmful substances, including viruses

“We were able to adjust to effectively be able to handle things like that going forward too, so we did get it into the system, which was definitely a plus,” Tallardy said.

This renovation project was made possible by donations from alumnus Richard Harrington ‘73 and his wife Jean Harrington, who have provided a cumulative $12 million towards it. URI’s College of Arts and Sciences provided an additional $2 million to the project.

Mundorf expressed that students overall need not worry about the Ranger Hall project, as URI has taken the best interests of Harrington School students into account.

“We’ve made it a top priority for both the Harrington School and at the University because it will benefit so many students and it will be a great thing for URI,” he said. “We had to set priorities, and the renovation of Ranger Hall was one of the top priorities.”