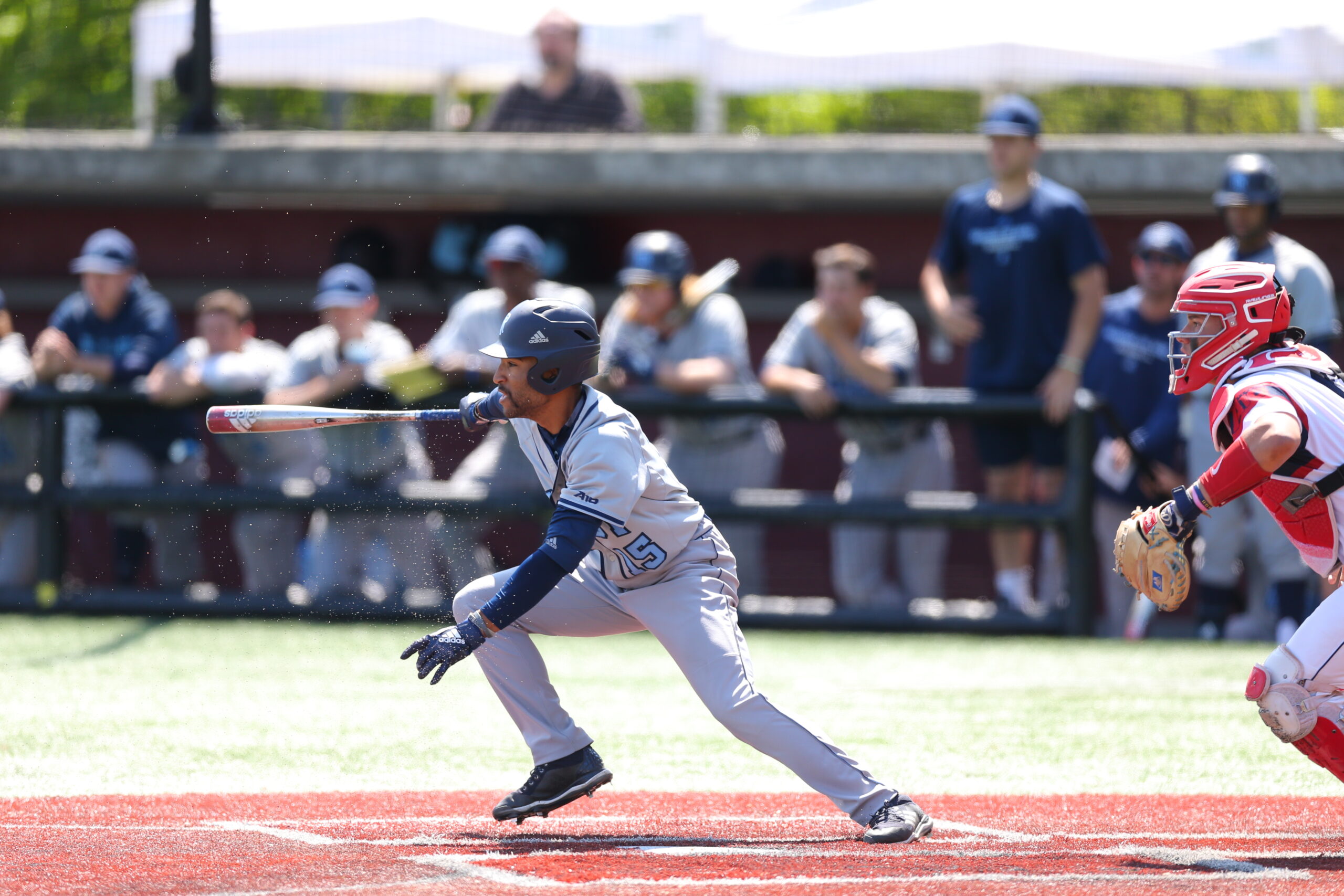 Key center fielder Austin White is ready to step back up to the plate. Photo courtesy of URI Athletics.

Despite a global pandemic sweeping the nation, Austin White was still determined to put in work on the diamond this summer to make every pitch in the batting box count this spring.

White is a key centerfielder for the University of Rhode Island and started all 12 games that occurred prior to their 2020 season being cut short. Within those 12 games, he managed to build a resume that included a .378 batting average, 12 walks and only two strikeouts out of a total of 37 at-bats.

“His approach to at-bats and pitch selection is phenomenal,” URI Head Coach Raphael Cerrato said. “He will never chase a bad pitch.”

Getting on base after four pitches outside the strike zone is a skill White has mastered. In the summer of 2019, White played for the Bristol Blues, a team within the Future Collegiate Baseball League.

Within the summer season, he was recognized with a First Team Honor after completing the season with a .305 batting average, two home runs, and a league-record for most runs scored and walks in a single season.

White used this opportunity this summer to work on putting more power in every swing, in hopes of bringing a new skill set into his senior season for the Rams.

“I definitely wanted to work on my hitting with more power this summer,” White said. “I usually take a lot of pitches and walk to get on base but I’d prefer to get hits. I’d love to get more power behind my swing.”

With most summer leagues being canceled, White was lucky enough to play centerfield back in his hometown for the Glastonbury Arrows. Originally, his summer plans were to stay in Rhode Island to play for the Ocean State Waves in one of the best New England Collegiate Baseball Leagues in the country. White signed a contract in hopes of playing for the Waves along with three of his other teammates from the Rams, but the pandemic came crashing down on that chance.

“It was a lot of kids I didn’t know,” White said about his time with the Arrows. “They surprisingly knew me; we had good chemistry and just had a good time in a poor situation all around.”

White had a stellar performance in this hectic summer, putting up a .353 batting average and .545 OBP. Overall, the Arrows had a split season, going 10-10 overall and ranking fourth in the standings.

Aside from working a count, White also prides himself as a dominant defensive player. As a sophomore in center field, he had 110 putouts total, with a personal game-high of seven as both a sophomore and junior.

In light of the upcoming season, a lot of preparation has been going on. Cerrato said the team has been broken down into “pods” by position to practice four days a week, and the other two days are used to host intrasquad scrimmages to get back in the swing of situational fielding and hitting.

White, along with the rest of his team and coaches, are looking forward to getting back in the batter’s box and starting off the spring 2021 season in mid-February.