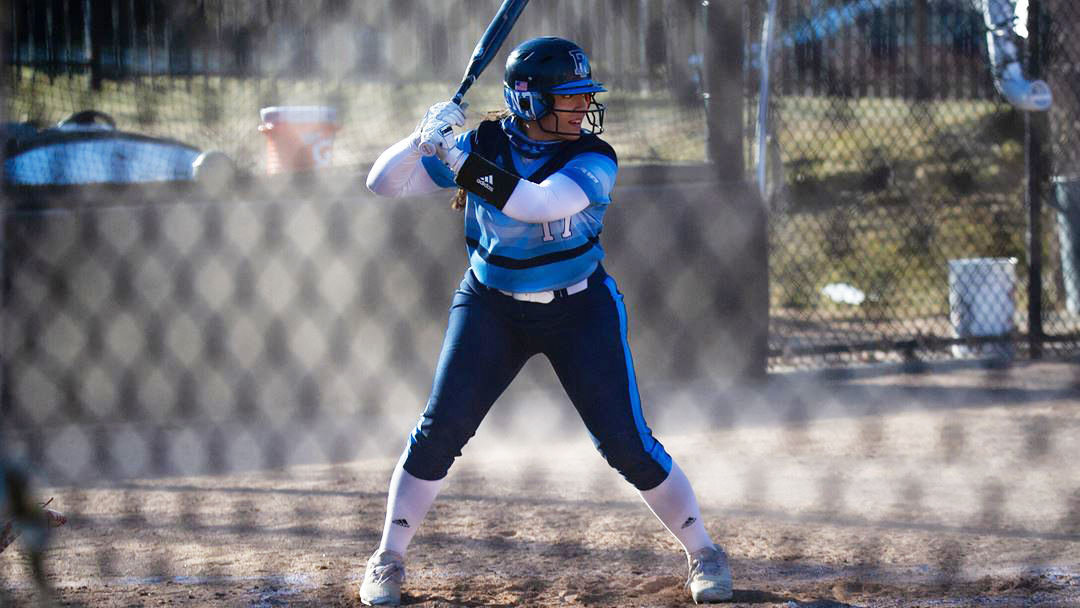 URI returned to the diamond after a host of weather and COVID-19 cancellations. Photo from gorhody.com.

The University of Rhode Island Softball team had a tough fight last weekend with three losses against St. John’s and Towson University.

The team had a long pause of gameplay as a result of their past five games being cancelled because of weather conditions and COVID-19 protocols. Normally at this time, the team would have played more games in the South where the weather is more consistent and ensures less cancellations. However, COVID-19 restrictions have forced more regional games and have reduced the number of contests played overall dramatically. The softball program has had the most cancellations of any other sports team at the University this season, but Head Coach Bridget Hurlman mentally prepared her team for these circumstances.

“We’ve prepared them for this unique season. [Cancellations] are something they have understood from the get-go.” said Coach Hurlman. “They understand that weather-wise, it will be more of a challenge this year.”

The Rams started their weekend off with a game against St. John’s University, a team that they have not faced since 2015. With four runs scored in the first inning by the Johnnies, the Rams began the game in an early deficit. In the second inning, URI came back strong with two runs, but the comeback stopped there. Saint John’s scored eight more runs in the fourth and fifth innings, closing the game in five innings with a score of 12-3.

Following the game against Saint John’s, the Rams played a double-header against Towson University. Rhode Island led the game 2-0 until the bottom of the fifth inning when Towson scored three runs. The home team tacked on a few more runs late to win 7-3.

The Rams had another opportunity to defeat the Tigers later in the afternoon in the second game of the day. By the fifth inning, Towson was up by five, but the Rams put up a strong fight. In the sixth and seventh innings, URI shut out Towson 4-0, but fell short of the win with a final score of 6-5. Coach Hurlman was proud of the team’s effort.

“I was pleased with how we competed all weekend,” she said. “I think the girls really came out and implemented a lot of the things that we worked on since we last played to really improve their performances.”

A success story for the weekend was the production from the bench. Pinch hitting and running was a key to some of the comebacks Rhody was able to accomplish. In addition to bench production, Coach Hurlman was happy with how her offense and pitching competed this weekend. Yet, she acknowledges that to get the result they’re looking for, they need to get defense, offense and pitching “to come together.”

After playing only four games so far this season following almost a year away from the diamond, the team is taking shape and discovering what they are capable of. They also have seen what they need to work on for future games.

“We are excited to clean up a few things and get back out there to fight to get on the winning side of the game.” said Coach Hurlman.

The Rams are heading to Virginia this weekend to take on Stony Brook and James Madison University in the James Madison Tournament.