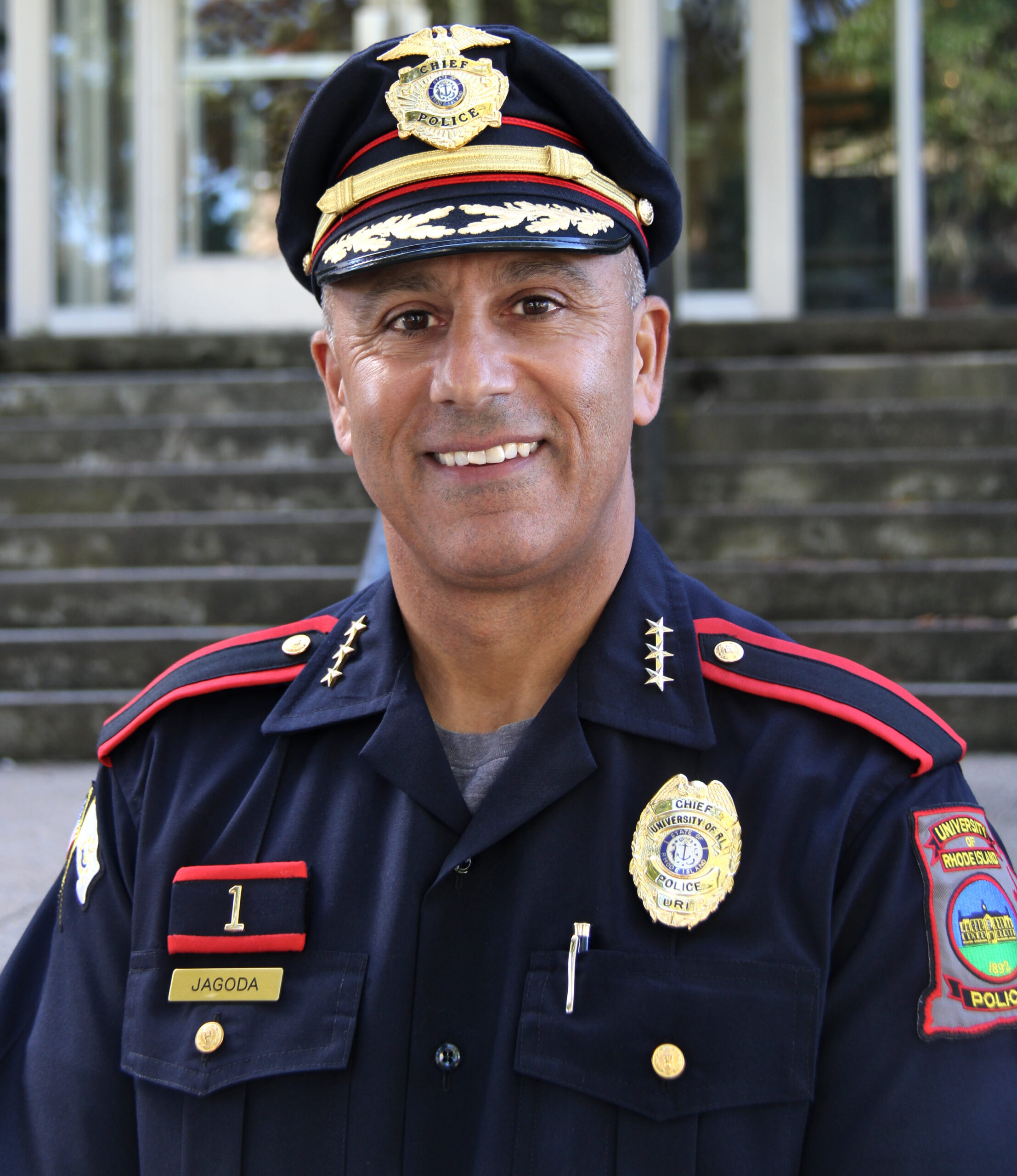 The new director of public safety and chief police executive looks to further engage with students through a more community-oriented approach with the University of Rhode Island Police Department (URIPD).

The University has hired Maj. Michael Jagoda as its new director of public safety and chief police executive.

He is replacing Stephen Baker, who retired after serving 16 years at the URIPD. Jagoda, who has been a major at the URIPD over the past six years, has seen noticeable growth in the school since he came here.

“Over the last five to 10 years, we have grown expeditiously,” Jagoda said. “We are now globally recognized as a research institute.”

While his previous position as a major was largely forced on policing duties on campus, Jagoda said that his new position has many new responsibilities, such as working with campus security and transportation and parking.

He hopes to get rid of the militant “warrior mentality” of policing campus and move to a more community-oriented approach that protects and engages with students.

Capt. Michael Chalek, the acting police deputy chief, said that doing this is important, as it helps students see the police in a better light. The department already does cookouts on campus to engage with students in a comfortable environment to encourage community.

“Chief Jagoda has brought a lot of these ideas, he’s supported it, he’s out there behind the grill,” Chalek said. “I’ve been here for 16 years, and I don’t think our police department has been looked at as high or as highly as they have in the past four to five years.”

He said that out of all of the people considered, Jagoda was the most qualified, experienced and prepared candidate for the job.

Jagoda thanked former Police Chief Stephen Baker, who he said helped him a lot in getting prepared for the job.

“He really got the whole department pushed in one direction and the collaboration in all of the different units,” he said.

Jagoda is also a URI alumnus himself, graduating with a bachelor’s degree in consumer affairs in 1991. He stated that while the police did their jobs when he was a student, they were not communal and there were many differences in the force back then, including police not carrying guns in the 1980s and 1990s.

Prior to coming to URI as a major, he worked for the Connecticut State Police for 22 years. During the Sandy Hook Elementary School shooting in 2012, Jagoda was a commander for the state police. According to him, this event was a major reason for his return to URI.

Being an alumnus made him want to keep the students on campus safe from anything that could happen. This includes many initiatives, such as preparing the department in the case of an active shooting happening on campus.

He pointed to a false active shooting alarm that occurred in the Chafee Social Science Center in 2013 that the campus police were able to respond to much faster than police departments from other neighboring towns could.

Chalek said that Jagoda has implemented many other changes to reshape the culture of the URIPD, like watching videos from Eric Daigle every week that discuss the ways the unit can connect more with the students.

Both believe that in the end, it is important to be the protector of the community, rather than the warrior that they believe exists in other police departments.

“Our mission is to guard our society,” Chalek said. “We need to be able to step it up if we are in danger.”