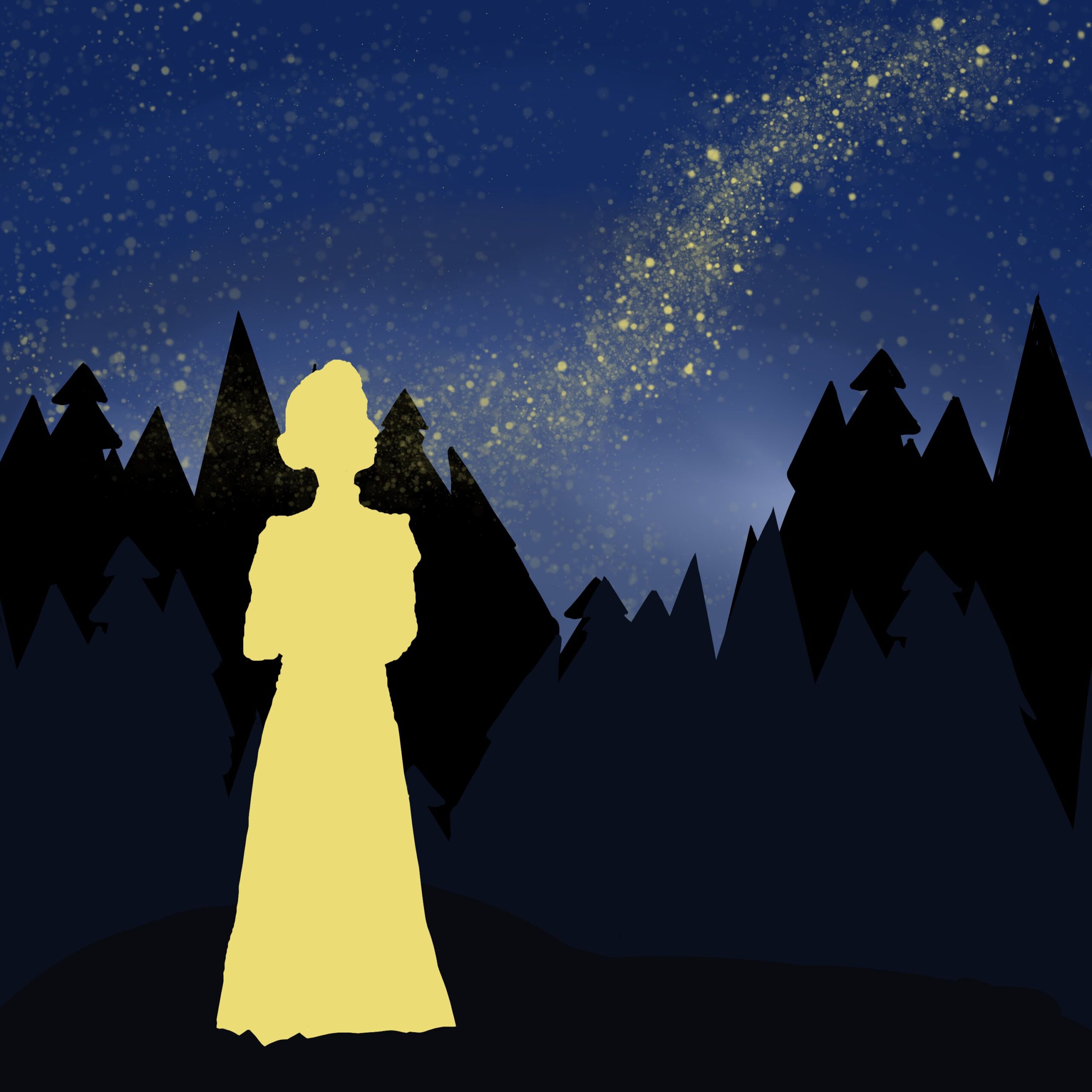 On Thursday, Oct. 14, for the first time since 2019, the University of Rhode Island theatre department will open an in-person production to a live audience.

According to Director Tracy Miller, “Silent Sky” is a contemporary play by Lauren Gunderson, who is one of the most-produced playwrights in the country, often falling close behind William Shakespeare.

The show follows the story of Henrietta Leavitt, a real-life astronomer from Boston at the turn of the 20th century. Leavitt was one of the first women to work in the Harvard Observatory and created a way to photograph what was being seen through the telescope.

Senior theatre major Carleigh Boyle, who plays Leavitt in the show, said that she loves being able to bring the character of Henrietta to life, and actually finds herself relating to her character.

“She’s smart, she’s fun, she’s wacky; she’s just excited to do this because working with stars is her passion,” Boyle said. “The three main women characters in the show were really important for their time because women scientists did not exist back then.”

Leavitt is really important in the world of astronomy, yet rarely gets any credit or fame, according to Leavitt, which is why she’s excited to have the opportunity to tell her story.

One thing that audience members can look forward to is the “immersive experience” the show provides, Miller said. The theatre department was able to collaborate with URI graduate Renee FitzGerald, who went on to a professional career in lighting and design.

“The design is extraordinary,” Miller said. “The audience can look forward to stepping into another world as soon as they walk in the doors. The lighting is amazing.”

Senior theatre major Alana Parrott, who plays another female lead, also touched on the lighting and technicality of the show.

“This play has so many amazing elements,” Parrott said. “We’re going to have so many lights because the show is about astronomy and stars, so there’s Christmas lights everywhere, and projected lights as well.”

Boyle said that the small venue of the Fine Arts Center’s J Studio also makes for a more intimate experience, and that audience members will feel truly sucked into this world.

“Three-quarters of the audience is around the set, so you can see all different angles of people,” Boyle said. “Some people come in through the audience, so there’s people that come 3 inches from you.”

Parrott said that it’s refreshing to be able to rehearse and be able to perform to a live audience again after a nearly-two-year break due to COVID-19.

“It almost doesn’t feel real,” Parrott said. “Last year, I was a part of our virtual production [‘Miss Nelson Is Missing!’], and it was just such a difficult process to rehearse and film everything to be virtual. It was still exciting to be making theatre, but the live audience adds an extra boost of adrenaline that I’ve been missing.”

Miller said that although the cast was able to rehearse everything in person, there were still COVID-related protocols in place to keep the members of the cast and crew safe during rehearsals and performances. This includes a table for actors to put their masks on and use hand sanitizers when they come offstage.

“When they go back on the stage, mask comes off and they’re able to perform pretty much like normal,” said Miller.

As far as audience safety, all audience members will be required to wear masks upon entrance to the theatre. For URI students, no proof of vaccination or negative COVID-19 test is required upon entrance because students should be following the URI COVID-19 guidelines, according to Miller.

Overall, Boyle, Miller and Parrott said that students should consider seeing the show not only for its amazing properties, but for the sake of live performances being back in our lives for the first time in over 18 months.

“It’s been so long since we’ve gotten to do anything that’s live entertainment, from concerts to sporting events to theatre,” Boyle said. “This is a different type of live entertainment that has to do with storytelling, which is something humans have been missing over the past few years.”