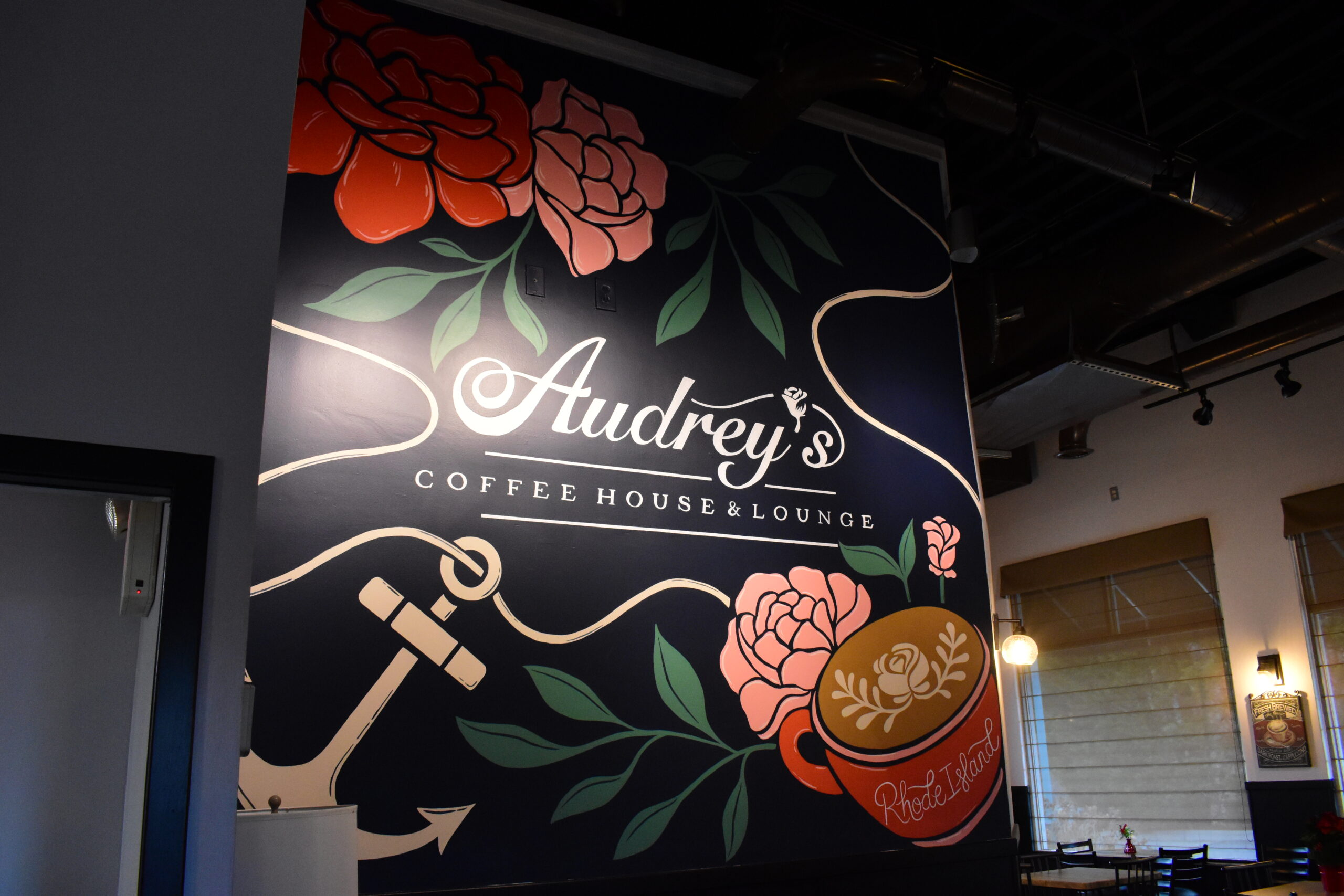 The “Bachelor” franchise has officially come to town, just a few minutes away from the University of Rhode Island’s campus.

Jared Haibon and Ashley Iaconetti-Haibon gained national attention after their time on “The Bachelorette” and “The Bachelor” respectively in 2015. The two became friends and eventually got together in season 5 of “Bachelor in Paradise ” in 2018. The couple are now coming back to Jared Haibon’s home state of Rhode Island and opening Audrey’s Coffee House and Lounge at the Village at South County Commons in South Kingstown.

Jared Haibon grew up in Warwick and went to school at Rhode Island College. As a student, he loved to work in coffee shops and said he was a frequent customer of Brewed Awakenings Coffee House at the Commons.

When Brewed Awakenings closed and its space at the Commons opened up, Haibon knew that it would be the perfect place to fulfill his dream of opening his own coffee shop and lounge. Haibon has previous experience in the food industry as a manager of restaurants all over Rhode Island.

“I’ve always loved the concept of a coffee shop that turns into a lounge at night,” Haibon said. “I really want people to imagine sitting in front of the fireplace with a martini or coffee in your hand.”

He hopes that the location of the Commons will open it up to a range of customers, from studying URI students during the day to people wanting a drink after dinner at night.

“It’s kind of for everybody and anybody, and that’s what we’re really hoping for,” Haibon said.

The business has been in the works since May, and his hope is that it will open within the next few weeks. The shop itself is named after Ashley’s mother, Audrey.

Audrey’s is full of connections to the “Bachelor” franchise: a logo featuring a rose as an apostrophe, drink names with nods to phrases from the show and charcuterie boards offering rose-themed designs.

One of the strongest ties to the Bachelor franchise is the coffee brand that is brewed: Generous Coffee. This is a coffee company co-founded by Ben Higgins, the Bachelor of season 20 which aired in 2016, and a close friend of the couple.

In the future Haibon plans to host launch parties for the show.

“We’ll fly in former contestants like our friends like Dean [Unglert] or Nick [Viall] or Tanner [Tolbert] and Jade [Roper-Tolbert],” Haibon said.

The couple’s fame has also helped them with staffing, as they used their social media presence to advertise their business and open positions.

“I saw Ashley post on social media that this place is hiring, and I just graduated and I was honestly coming here to be a barista,” manager Kayla Jensen said. “Luckily,  they liked my personality and my attributes, and they asked me to be a manager here.”

General Manager Erin LaCombe was brought in after meeting and becoming friends with the couple at her old job at the Edge Fitness Club.

Jared’s father has retired to help work at the business, and Haibon hopes to keep the business in the family if it is successful.

“It’d be a dream of mine to have something successful, and if my son wanted to be a part of it, to hand it down to him,” Haibon said.