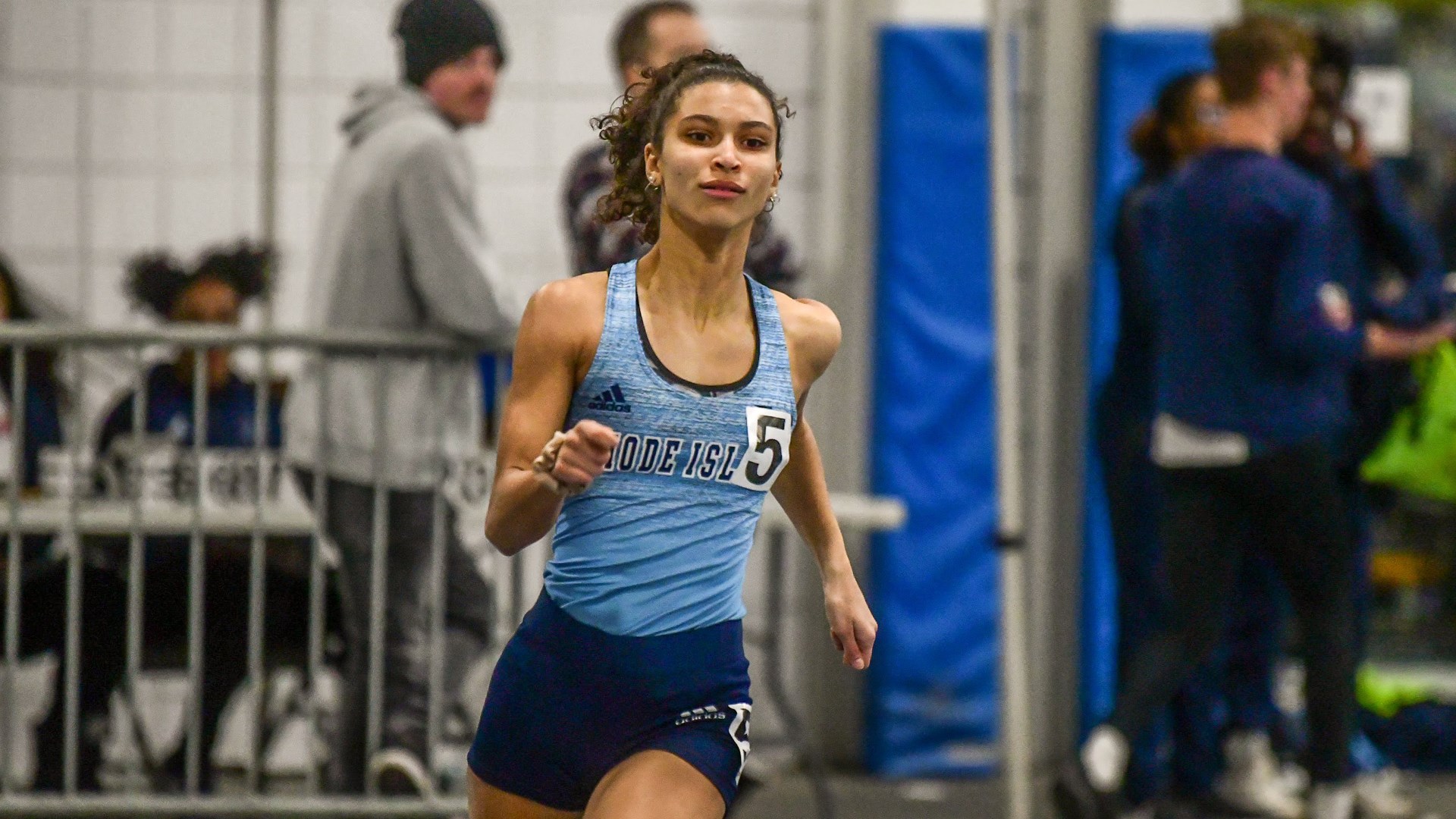 Xiana Twombly nearly leapt into the URI history books with a 5.82 mark in the long jump this past weekend. PHOTO CREDIT: gorhody.com

The University of Rhode Island Women’s Track and Field team competed at both the Sharon Colyear-Danville Season Opener and the Brown Alden Invitational this past weekend to kick off their 2021-22 indoor season.

The team was split up this weekend as the throwers went to Brown University to compete in weight throw and shot put, while the rest of the squad ventured to Beantown to compete at Boston University.

At BU, the rest of the team competed in the remaining field events such as high jump, long jump and pole vault and the track events as well, where Rhode Island achieved more personal bests.

Senior captain Xiana Twombly had a phenomenal meet as she won the women’s long jump with a leap of 5.82 meters. The jump missed the school record by a single centimeter. This performance also earned her Atlantic 10 Field Performer of the Week honors this week.

“For me, the goal is to try and get the school record,” Twombly said. “Continuing to work really, really hard everyday at practice and putting in all the work. It’s exciting to see that it is paying off early on in the season and I’m excited to see how much more I can do later on in the season”

In both high jump and pole vault, Rhody finished in third place with Bolu Taiwo earning a personal best of 1.65 meters in high jump and Sydney Shannon clearing 3.45 meters.

The team also got another top-three finish from its 4×400 team that consists of Saniaya Watts, Trinity Smith, Bethany DeLoof and Hannah Brisdall. The quartet finished third with a time of 3:35.93.

Rhode Island also had three athletes compete in the 1000-meter race. Corina Vidal, Hanna O’Connor and Becca Durham all finished the race with a personal best and a qualifying time for the New England Championships.

After having an abbreviated season last winter due to the COVID-19 pandemic, the team is excited for things to be returning to normal.

“Last season, we only had two meets,” Rhode Island Women’s Track and Field Coach Laurie Feit-Melnick said. “Having an actual indoor season and actually going to BU to open up in December is amazing and reminding everyone how appreciative we have to be.”

Not only is Feit-Melnick excited, but the athletes are as well.

“We are all very excited to be back,” Twombly said. “It felt a bit weird at first, but it was a good weird, something that we have all been waiting for for a very long time.”

The team returns to the track this Friday for the 25th Annual URI Pentathlon at Mackal Field House. The meet is scheduled to begin at 11 a.m.