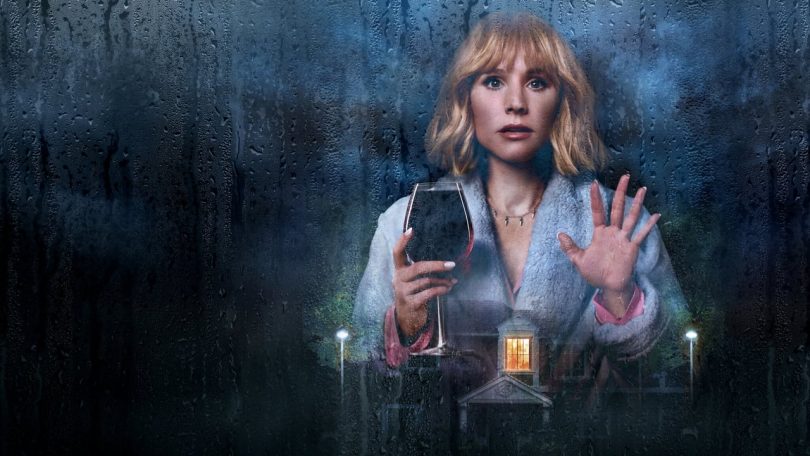 Netflix’s new parody series “The Woman in the House Across the Street from the Girl in the Window” is unlike any murder mystery I have ever seen and honestly, I loved it.

If you have read any of the harsh reviews written about the ridiculously named series or even watched it for yourself, you’re probably wondering why I enjoyed watching such an unrealistic and confusing show.

Kristen Bell stars as the main character Anna, a casserole-making, wine-drinking, crime-solving ombrophobic. Anna appears to be crazy right off the bat, but it’s quickly revealed that she is grieving the loss of her daughter, who was eaten alive. So, I guess I would go a little cuckoo as well.

For context, Anna’s former husband Douglas, a forensic scientist for the FBI, brought their daughter to “bring your child to work day” and accidentally locked her in a room with the serial killer “Massacre Mike,” who literally ate her alive. I don’t know why I didn’t catch on to the joke at this point.

Before the start of the show, Anna’s days consisted of the same thing over and over again: a talk with her therapist (who turned out to be her ex-husband????), fifty grams of a class A psychoactive drug that she didn’t need and lots of red wine. Basically, a recipe for disaster.

However, the pattern ends when a handsome widower, Neil, and his daughter, Emma, move into the house across the street from Anna. The two immediately become flirtatious and end up kissing. In addition, Anna and Emma took a liking for one another. Things were finally starting to look up for Anna, at least until she met Neil’s girlfriend, Lisa.

Anna was infuriated by the fact that Neil had a girlfriend and lost it. She called Lisa a b*tch to her face (love that for her) and basically started stalking Lisa. However, things went south when Anna witnessed Lisa’s gruesome murder through her bedroom window.

Anna called for help but was immediately shut down by her neighbors, the cops and even Neil. They all thought she was crazy, maybe rightfully so, and accounted what she saw to the fact that she was mixing her medication with alcohol.

At this point, I had no idea if she had imagined the murder or if it actually happened and Anna ended up feeling the same way. She couldn’t tell the difference between reality and imagination half the time, but Bell’s acting skills truly made me trust Anna’s judgment. I thought Bell did a phenomenal acting job and I was so surprised to see how many negative reviews she received for her performance.

Even though everybody was gaslighting Anna, she ended up trusting her gut and went on the hunt to find the murderer in hopes prove to everyone she wasn’t crazy.

Initially, Anna suspected it was Neil and she had me convinced as well. Not only was she convinced that it was Neil for the majority of the time, but she even ended up convincing herself that he murdered his first wife too. In my opinion, and based on the evidence Anna uncovered, Neil easily could’ve been the murderer and would’ve been in any other predictable murder mystery, especially because it’s not unusual for the murderer to be the male love interest. I guess the thing that we have to keep in mind here is that this is an unusual show.

In addition to Neil, she also suspected, among others, herself. She was worried that she could’ve blacked out and committed the crime due to rage and jealousy.

With each new suspect, I was truly convinced that they were the murderer, making the quick watch impossible to pause. Although I thought each one of Anna’s suspects was the murderer at some point, I am thankful they took the less obvious route because the big reveal blew my mind.

I’m not looking to spoil any more of the show here, but when I tell you that I had no idea what was coming next as I watched each episode, I mean it. If you are somebody that can handle a bit of lunacy, I would 100 percent recommend this roller coaster of a show. I will be watching it again soon.