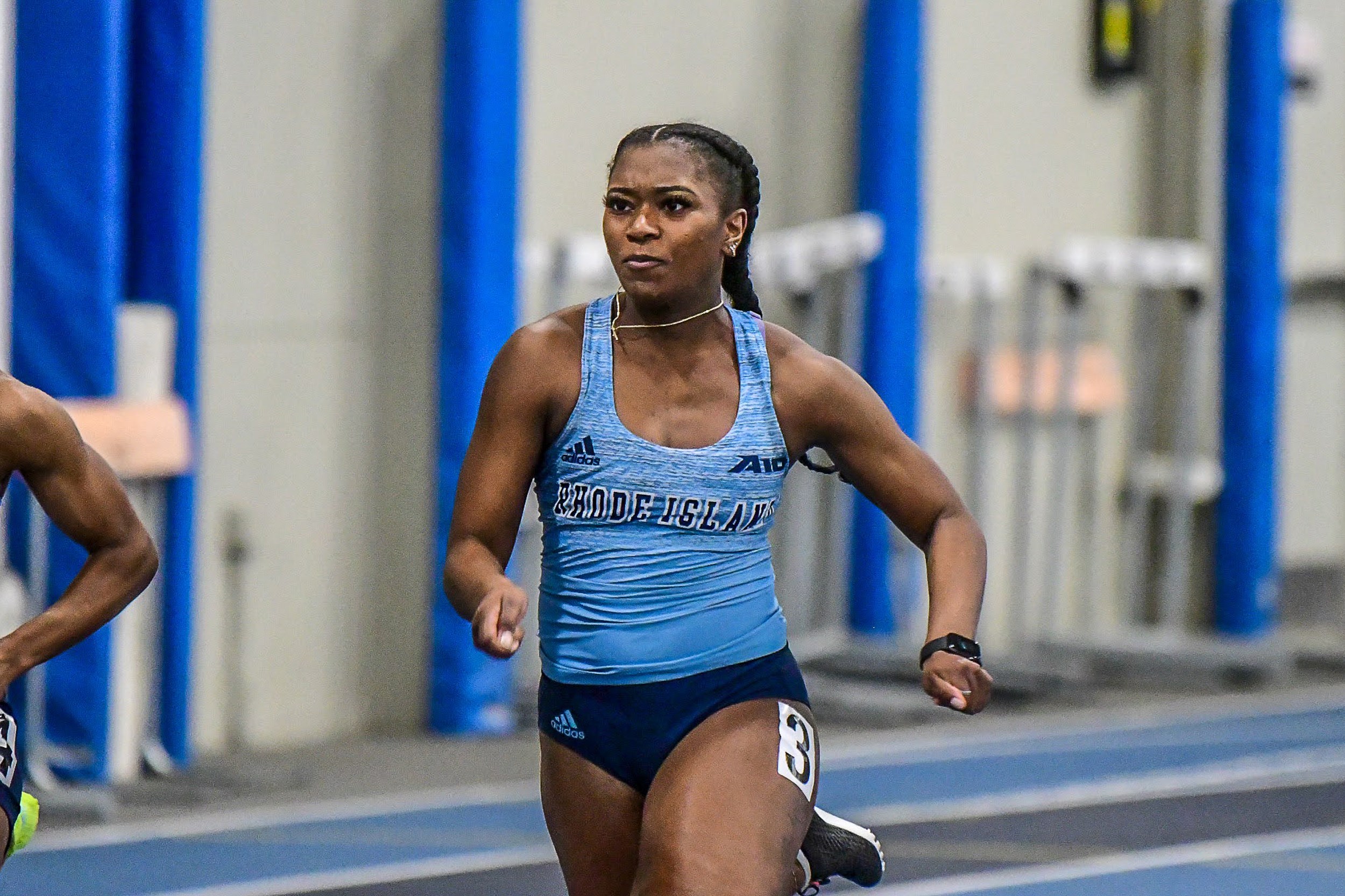 Ciara French, a senior at URI, collected two top 10 finishes in both the 60-meter hurdles and the 400 meters this weekend. PHOTO CREDIT: gorhody.com

The University of Rhode Island women’s track and field team sent a partial squad of just seven women to the Brown Invitational on Saturday, with most of the team resting in preparation for the Atlantic 10 Indoor Track and Field Championships coming up next weekend.

While the team primarily used the meet for their throwers to tune up before the championships, runners like Amyah Santana were grateful for the opportunity to compete after a tough indoor season.

Santana was only able to run in two meets at the beginning of the season, as health complications forced her to take time off from the team.

“I only competed in the first meet that we had, the BU meet and then I competed in our first home meet at URI and then I ended up getting really, really sick,” Santana said. “This is my first meet, just to, like, shake things off and get back into it.”

Santana won the 400 meter with a time of 1:02.48. For her first race back in over two months, she was satisfied with the winning time on Saturday.

“I felt very relaxed throughout the race,” Santana said. “I ran a 1:02, which is kind of crazy, I haven’t ran a 1:02 since freshman year of high school. But, overall I felt relaxed. I felt the gears going, I felt like I was doing a pretty good job just getting back into, you know, the process. You just have to be patient with your training and with your health. It’s most important.”

In the other running events over the weekend, sophomore Virsavia Goretoy finished second in the 60 meter hurdles with a personal best time of 8.99 seconds. Senior Ciara French came fourth in the same event, clocking in at 9.46 seconds. Goretoy and French also competed in the 200 meter finals, finishing fifth and sixth respectively. Goretoy ran in 26.86 seconds while French came in just behind her at 26.98 seconds.

Among the throwers that competed in the meet, junior Erynn Field placed second in the weight throw with a personal-best distance of 16.16 meters. Senior Jianna Peno came sixth in the same event, throwing 14.54 meters.

URI head coach Laurie Feit-Melnick said that she is happy with the progress her team has made, as many of them were out major parts of the season and saw the track for the first time in weeks on Saturday.

“Virsavia is coming off of a little bit of an injury, so she did well,” Feit-Melnick said. She’s had to rest for about three weeks and Jianna also had a foot injury so this was her first meet since Jan. 22. So basically, I think they did well considering they’ve had some, no pun intended, hurdles or obstacles to overcome. It was kinda like either like a tune-up or some people were just needing to compete because they hadn’t competed in awhile.”

The Rams are heading towards the conclusion of their indoor season as they head to Fairfax, Virginia this weekend to take part in the A-10 Championships. The two-day meet begins Saturday at 9 a.m.