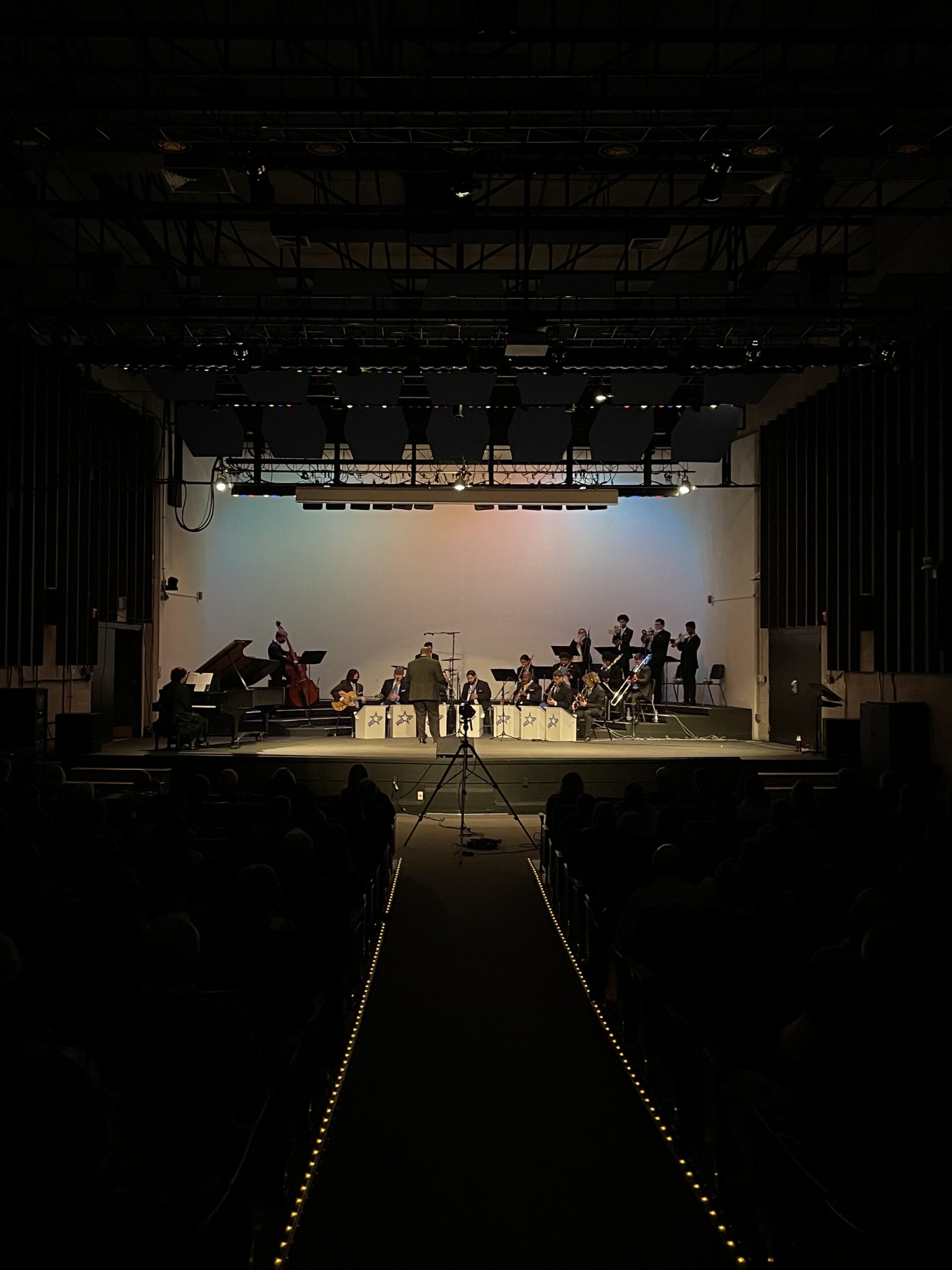 The concert featured four pieces that had been selected and performed by the ensemble since the beginning of the Spring 2022 semester.

The opening piece, “Overture of the Wasps,” was a high-tempo composition by composer Ralph Vaughan Williams. The piece was composed in 1909, according to orchestra director Ann Danis.

The piece is high tempo and suspenseful with a series of crescendoing notes at the beginning to mimic the sound of a swarm of wasps.

The second piece was “Ave Verum Corpus” which was composed by Wolfgang Mozart. This piece is a stark turn from “Overture of the Wasps.” The piece is graceful and played with a series of languide bowing patterns. The piece is also originally accompanied by a choir, however was played instrumental at the concert.

The third piece was “The Admiral’s Hornpipe”, a miniature concerto by composer Alec Rowley. The solo for the piece was performed by concertmaster Gia Antolini, a senior music and political science double major.

The piece is high energy and played with a series of up-beat answer and reply melodies between the soloist and the orchestra.

“[Rowley] studied at the Royal Academy of Music and was a dedicated teacher who taught at Trinity College of Music,” said Ann Danis, the director of the Symphony Orchestra. “‘The Admiral’s Hornpipe’ is one of four pieces he wrote for solo violin and strings.”

The fourth and final piece performed by the orchestra was a compilation of Duke Ellington’s songs. Danis described these pieces as defining for the genre of American music.

The ensemble included violins, violas, cellos, stand-up bass and other instrumental sections outside of the string section, such as a keyboardist and a wind and brass section.

Antolini said that for many students, including himself, the music department community is one of the most influential parts of their time at URI.

“What drew me to the orchestra here the most was the people in it, and the conductor, Ann Danis,” she said. “I have always felt at home playing an orchestra, and after I graduate, I hope to continue doing this.”

Antolini said that one reason that the URI Symphony Orchestra is so special is that it feels like all the members are one unit playing together, rather than 40 individuals.

It was announced at the concert that this would be the second to last concert conducted by Danis, as she is retiring at the end of the semester.

“What really makes an outstanding orchestra is the conductor,” Antolini said. “Ann Danis has been an inspiration to me as soon as I started here. I truly believe that people love what other people are passionate about, and you can see it in the way that Ann conducts, behaves and talks about music.”

According to Antolini, one of the things that makes Danis an exceptional mentor to her students is the way she makes them feel seen as individuals.

Danis’s last concert will be held on Saturday, April 23 and will feature past alumni orchestra members along with the current Symphony Orchestra members in the performance. According to Antolini, pieces by Tchaikovsky, Mozart, Dvorak, Shostakovich and Chaminade will also be featured.