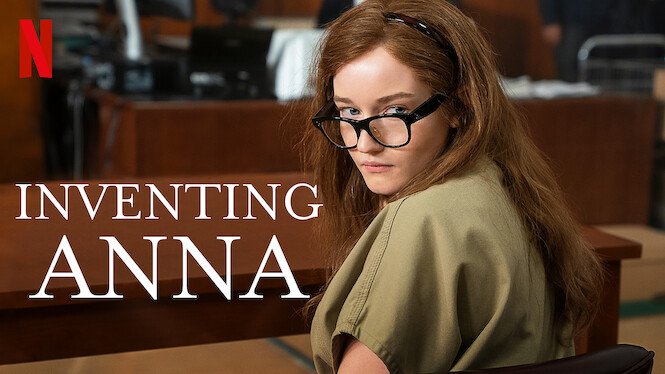 “This was Manhattan in the 21st century, and money is more powerful than ever. Rare is the city dweller who, when presented with an opportunity for a sudden and unexpected influx of cash, doesn’t grasp for it.”

When I started the show, I had no idea who Anna Delvey was. All I knew was that this show had a focus on journalism, so I was all ears. However, not even one episode in, I found myself immersed in not only the nine-part series but Delvey’s story.

The first five episodes take us into The Manhattan’s press room, where Kent was at the low of her career. At the same time, we watch as Anna struts around the streets of New York with a bottle of wine in one hand and a wad of money in the other. From the outside, it may appear that Anna had it all, but in reality, it wasn’t all fun and games. It was a calculated, elaborate scheme Delvey concocted in hopes of building her empire, The Anna Delvey Foundation, where she would be able to make money and a brand for herself.

As the show flashbacks to Anna toying around on yachts and at fashion shows, Kent is trying to figure out how an average girl like Anna could swindle millions of dollars.

With a lot of doubt coming from her editors, worried that the story is not going to land, Kent pushes to speak with anyone who was close to Anna during that time and even goes as far as to visit Anna while she is behind bars on Rikers Island.

It isn’t until episode six that we see Kent’s story start to take off, as she uncovers significant information about Anna’s so-called friends and how they finally started to discover who she really is.

The series wraps up in the courtroom, where Anna’s fate is ultimately decided.

Although the ending was a bit anticlimactic for my liking, I have to say that Shonda Rhimes’ production of the story was compelling and Julia Garner’s impression of Delvey was satisfying. Garner brought the show alive with her uncanny resemblance and somewhat persuasive accent while the supporting characters pulled at my heartstrings.

I don’t know if I am just another victim of Anna Delvey’s master manipulation, but her story stuck with me, so much that I ran to my computer to write about it immediately after I turned the television off.

Yes, the real Anna Delvey swindled many people out of money, some out of their livelihoods, but what makes her special? Powerful people do this every day right before our eyes, yet they get away with it. Are they smarter than Anna Delvey? I wouldn’t say so. Is it because of privilege? One would assume.

When pitching the story to her editors, Kent made a point to mention how this story goes beyond Delvey and the people she conned, it represents the flawed system and the powerful in this country. However, when her story was published, she was disappointed to find that people were less interested in the political aspect of things and more impressed with the series of events that were being presented.

In spite of that, Rhimes’ production of Pressler’s reporting led me to reflect on how privilege plays into cases like these- which is exactly what Kent would’ve wanted.

Do I think Anna Delvey was innocent? Of course not. Most of my knowledge of her story came from a production that flashed the words “this story is completely true. Except for all the parts that are totally made up.” across the screen at the start of each episode. However, I do see Anna Delvey as the captivating woman she is.

If you have a few hours to spare, dedicating them to “Inventing Anna” would not be a waste of time.