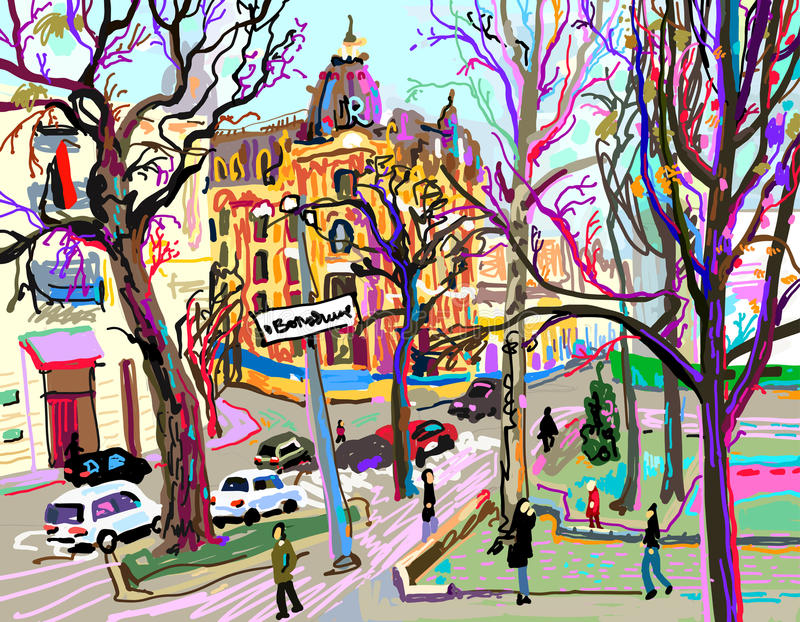 How does war in Europe affect our community? PHOTO CREDIT: Dreamstime.com

The war in Ukraine has had an impact on many people around the world and the University of Rhode Island is no different, as a lot of URI organizations have decided to start raising funds and awareness to make a change.

On Feb. 24, 2022, Russian President Vladimir Putin launched what he called a “special military operation” into Ukraine, a country with about 40 million citizens. According to an article published by Vox news, he claimed the Russian military seeks “demilitarization and denazification,” but not occupation.

Attacks shortly followed from multiple fronts and targeted toward multiple cities, including the Ukrainian capital, Kyiv, its second-biggest city, Kharkiv, and a port city, Mariupol. Ukraine’s resistance has complicated Putin’s efforts to seize the country, but the more protracted this war becomes, the more damage has resulted and more lives have been lost.

According to their website, the University of Rhode Island Center for Nonviolence and Peace Studies focuses on promoting peace and a global beloved community through nonviolence.

On Thursday, March 3, the University of Rhode Island Chaplain’s Association, a group of religious professionals who foster dialogue, understanding and respect among people of different faiths and traditions, and the Center sponsored a Peace Vigil for Ukraine. The vigil was held outside in front of the Multicultural Student Services Center (MSSC) on the Kingston campus.

“The brief ceremony included readings, prayers and personal reflections, as well as information and resources for those who wish to support the people of Ukraine and the peaceful protesters in Russia,” their media advisory page said. The vigil lasted for about an hour.

The Center’s website entitled “Opportunities to Support Ukraine” provides ways to help the war. There are “a handful of nonprofits and charitable foundations with a history of success and transparent reporting.”

The resource includes medical support and aid for veterans and internally displaced persons, independent media and support for children and education. Anyone can access the website and contribute to these organizations to help those in need.

The University of Rhode Island’s chapter of the Public Relations Student Society (PRSSA) has also decided to support the people of Ukraine.

Siobhan Richards, senior Public Relations, Journalism and Sports Media major, is the president of the URI chapter of PRSSA. She has seen many first hand accounts of the issues going on in Ukraine on social media.

“There have been countless creators advocating for peace, journalists documenting the issues and most importantly citizens of Ukraine asking for help,” Richards said.

She described that the chapter has decided to use money from fundraisers as well as donations from members of the chapter to send First Aid kits to Ukraine.

“Our member Zoe Tedeshi brought up the idea a few weeks ago, since she has friends back home who are also sending first aid kits,” Richards said. “Although we are not a community service organization, our executive board decided that this was an important opportunity to help those in need.”

Richards also believes it is important to be educated on the situation in general.

“As students, we can’t always make that financial commitment to helping a cause but learning more about it and then becoming an advocate for the cause is one way to contribute,” Richards said. “This is a situation that is impacting the world around us, and as students we need to be paying attention to and thinking critically about global conflicts.”