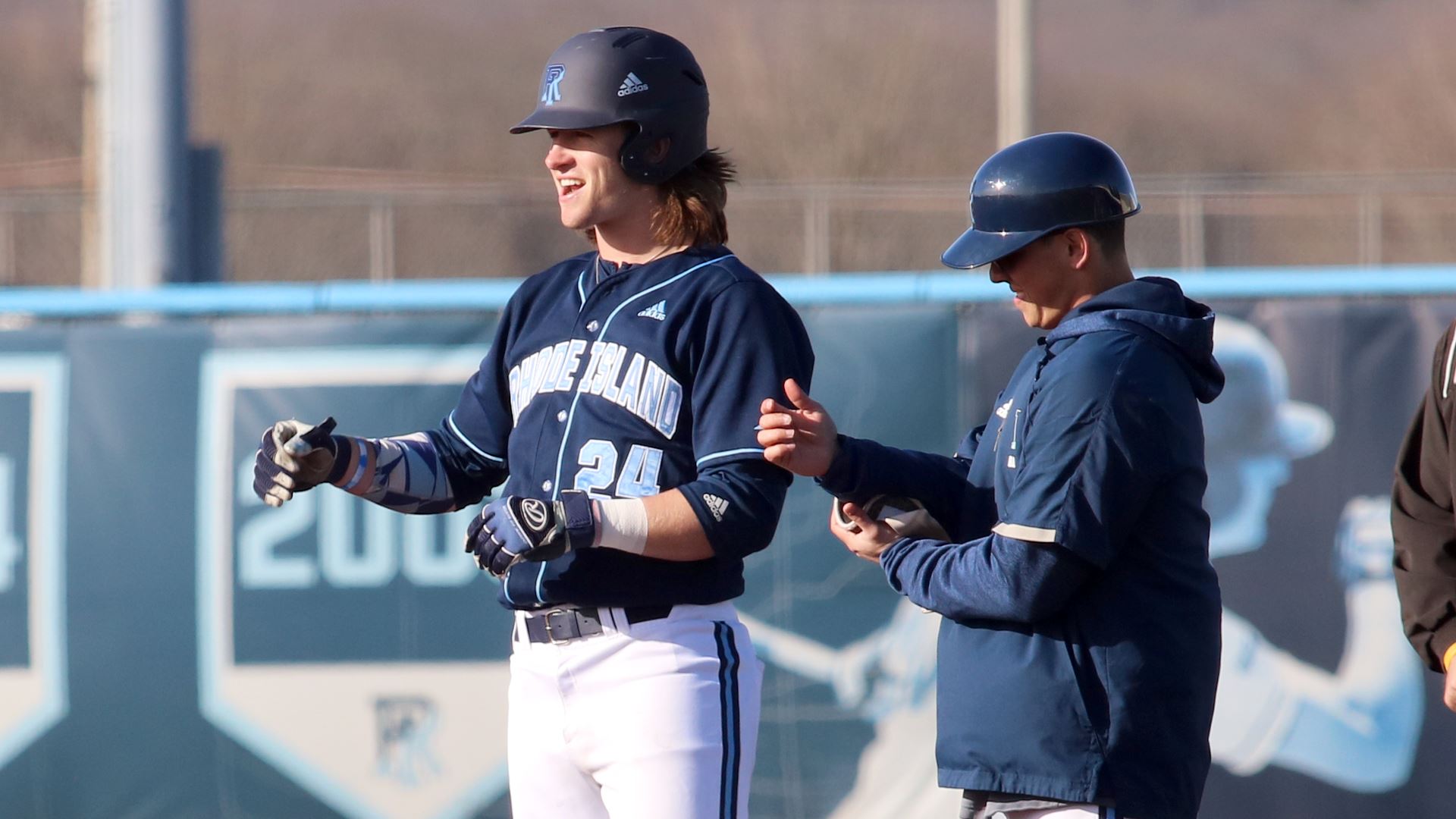 The University of Rhode Island Baseball team began conference play this weekend, winning a road series against Dayton before falling to Bryant in Smithfield on Tuesday.

The first of the three games against the Flyers was as close as they come, but it did not start out that way. Dayton jumped out to a 7-2 lead after two innings thanks to solid base running and a couple of base hits from Marcos Pujols and Alex Neff.

Junior relief pitcher Ryan Twitchell came in in the third inning for the Rams and turned the game around, allowing one run in 5.1 innings on the mound. His performance helped propel a late rally from the Rams.

It began in the seventh inning when junior infielder Alex Ramirez drove in Calvin McCall and Jack Cucinotta to make the score 8-4. Joe Fortin then drove in a run when he was hit by a pitch to make it an 8-5 game.

After Twitchell downed three batters for Dayton in the bottom of the inning, the Rams were back at the plate with a chance to tie the game at the top of the eighth. Redshirt sophomore Addison Kopack took advantage of that chance, smashing a three-run home run to tie the game.

Unfortunately for the Rams, after striking out his first two batters, closer Sean Sposato gave up a walk, a hit-by-pitch and then a walk-off RBI single to lose the game 9-8.

The second game of the series shaped up to be just as close as the first one. After Dayton started things off with a run in the first inning, Rhody tacked on three runs in the top of the second when redshirt senior Justin Cherry hit a three-run homer to give the Rams a 3-1 lead.

The Flyers responded with three runs of their own in the bottom of the third, but Rhody answered swiftly. The Rams scored when Joe Fortin stole home on a wild pitch and Ramirez scored Cherry on a sacrifice fly in the top of the fourth.

The two teams continued to go back and forth, as the Flyers reclaimed the lead with another three-run inning in the bottom of the fifth. Rhody responded in the top of the sixth when catcher Eric Genther singled to center field, bringing home Cherry and Cucinotta.

With the game all knotted up at eight in the eighth inning, Kopack reached base on a walk and Jordan Laske was able to score him on a sacrifice bunt that would give the Rams the 9-8 lead. Junior pitcher Zach Fernandez shut down the Flyers in the final two innings, and Rhody walked away with a 9-8 victory.

The rubber match between the two teams was all Rhody, but started off slowly with just one run being scored by the Rams in the first six innings. That run was scored by Fortin, who stole home on a wild pitch by the Flyers.

Rhode Island would hold onto that 1-0 lead heading into the top of the seventh where things opened up. Cherry and Cucinotta both recorded an RBI in that inning to make it 3-0.

Dayton responded with a run of their own but, after that, it was all Rhody. The Rams scored eight unanswered runs and took home the series with an 11-1 win.

According to Head Coach Raphael Cerrato, the series win against Dayton was good for team morale.

“We are feeling good, the win against a good Dayton team was big,” Cerrato said. “If we can continue to have our pitching perform how we know they can, we will be fine.”

Ramirez echoed the statement and said that the team is confident about their chances in the Atlantic 10 this year.

“We are always confident,” Ramirez said. “We just have to keep the train rolling and keep playing good baseball every day. We know we haven’t reached our highest potential yet.”

The squad tried to ride that momentum heading into their Tuesday game on the road at Bryant. Unfortunately, this did not come to fruition. The Bulldogs scored 10 runs over the course of the fourth and fifth innings and created an 11-4 deficit that was too large to overcome.

Stellar pitching by Bryant kept the Rams at bay and the Bulldogs tacked on two more for good measure in the bottom of the seventh. The Rams would drop this one 13-4.

The Rams continue their A-10 campaign this weekend against Saint Bonaventure at Bill Beck Field with the first game of series starting Friday at 3 p.m.