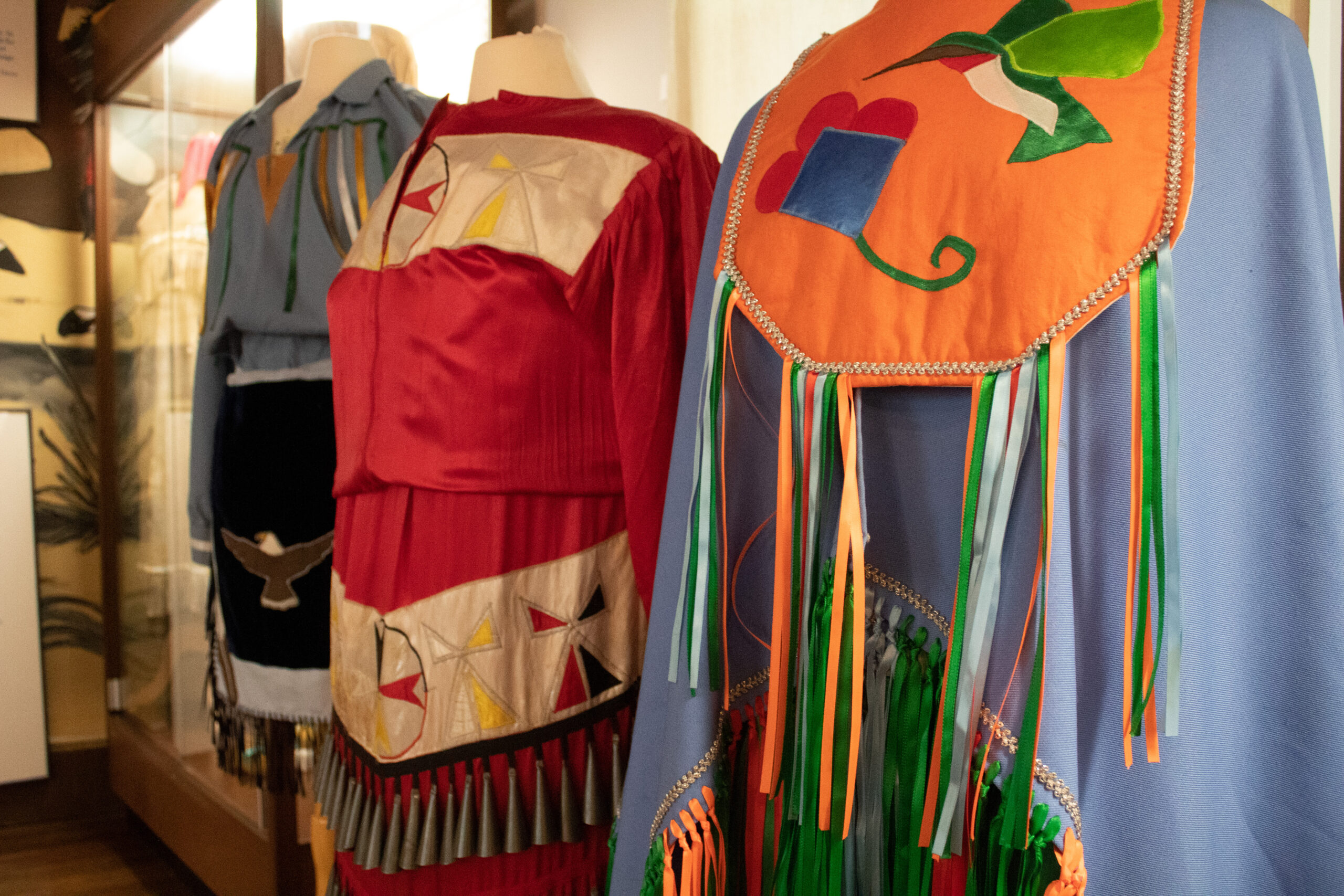 In the Nation’s Early History section, they said that an Italian explorer, Giovanni de Verrazano, was the first European to visit Narragansett Bay in 1524. In his accounts, de Verrazano described the Narragansett people as living by agriculture and hunting. He said they were organized under “powerful” leaders called sachems. The grand sachem was the chief, along with eight lower-ranking sachems.

de Verrazano said the Narragansett Tribe were expert farmers who raised large fields of corn, beans, and squash. These crops were also known as the “three sisters” because the three crops grew well together and fed the tribe’s people.

The Early History section added that the tribe had two homes, a summer and a winter. The summer home was a Wigwam and the winter home was a longhouse.

As stated by the Canadian Encyclopedia, a Wigwam was a house with a dome or cone shape made from wooden poles as structure, bark or animal hides as the walls and roof. Underneath, reed mats and more animal hides as the floors. The winter home would be a longhouse which could hold up to twenty families over the cold months.

For a longhouse, Britannica states that they were made from 2 to 3 inch saplings as walls, attached to wooden poles. The roof was a dome sapling top covered with bark panels or shingles.

From Narragansett Indian Fact Sheet, a website geared toward kids, tribal fashion consisted of simple clothing. Women would wear full-length skirts, and men would wear breechcloths and leggings. Shirts weren’t needed, but in the winter, they wore deerskin mantles. For shoes, they wore moccasins, and both men and women had earrings.

The Perseverance section of Narragansett Indian Nation says that, During the 18th century, reservation life was harsh. The state abolished the sachem tradition with a five-man council leadership instead in 1792. Yet, tribal members still tried to keep their traditions alive by having one leader. Sadly, with pressure put on them, they were forced to adapt to the Waumpeshau “white men” ideas of civilization.

The section continued to say that, By the end of the 18th century, their land was reduced to 15,000 acres, which continued to slowly reduce more because of illegal detribalization or the state taking land without legal sanction.

According to Jack Caswell from The Independent, Today, there are about 2,400 members left and some work to keep the tribe alive by showcasing their traditions with handmade jewelry, paintings and weapons made with deer antlers, showing how resourceful they are.

He added that Thawn Harris, a descendant of the tribe, said that one tradition the tribe has is teaching lessons through storytelling. One story is about a “sky daughter,” a turtle and a muskrat. The three worked together to help the “the people between the waters.” The lesson is helping others in need.

Lastly, the Preservation section of the Nation concludes that Narragansett Indian men and women have fought with honor in most U.S. wars, even fighting for American independence during the Revolutionary War. Now, some tribal members have careers in professions such as doctors, lawyers, teachers, and artists, plus fishermen, lobstermen, cooks and masons.

To learn more, visit the Tomaquag museum in Exeter, RI.