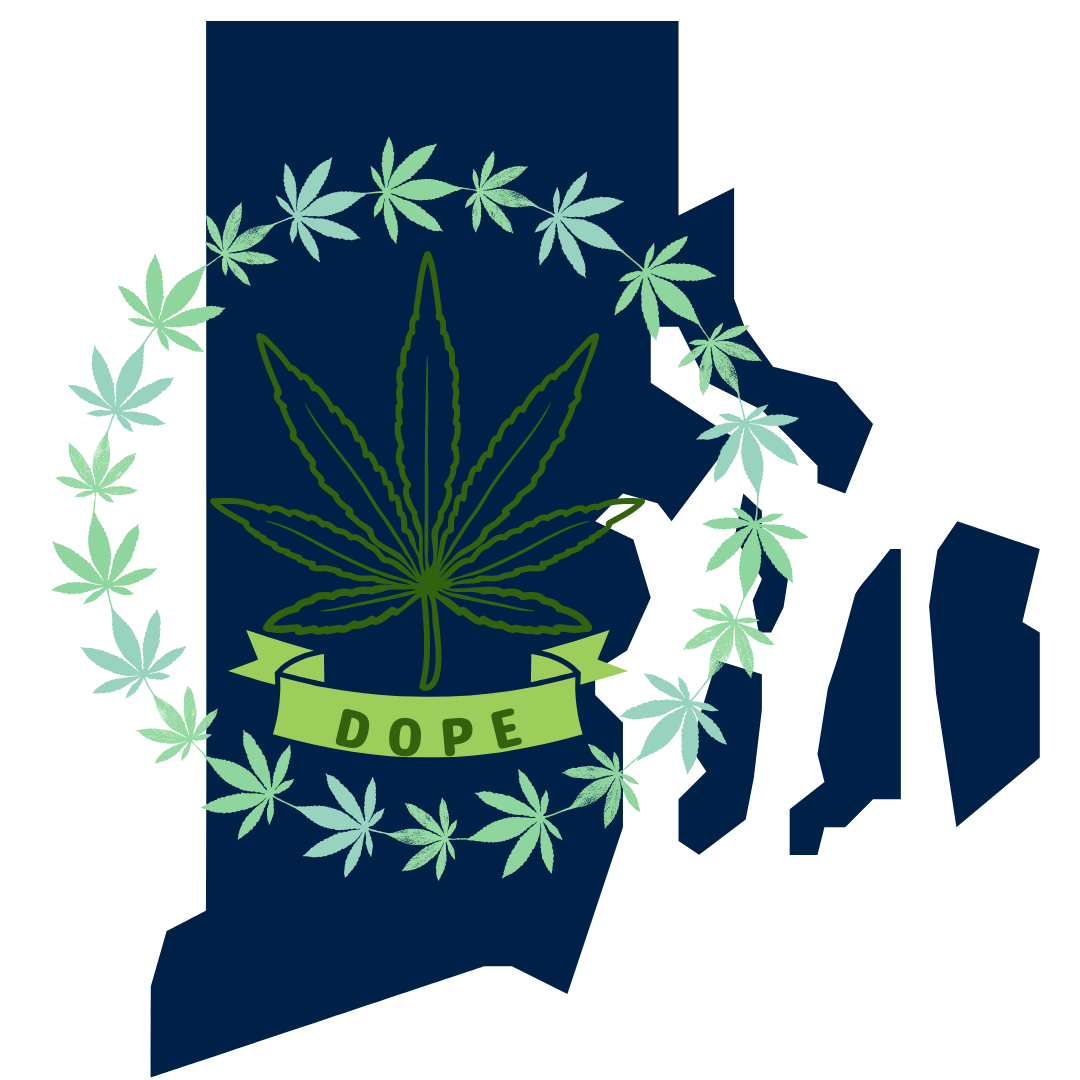 This past May, Rhode Island became the 19th state to legalize marijuana. Graphic By: Maddie Bataille | Photo Editor

On May 25, Rhode Island Governor Dan McKee signed a bill that would make Rhode Island the 19th state to legalize recreational marijuana use for adults come the new year.

He stated that the biggest concern of public safety officers with the impending legalization in the new year is the increase of people that will ultimately be driving under the influence.

According to Chalek, there is no way to legally penalize someone under the influence of marijuana like there is with alcohol. While police officers can breathalyze drivers and cite them for drunk driving based on their blood alcohol level, there is no standard of doing the same thing with THC.

“There’s no corresponding number that [determines] that person was under the influence, which means it’s going to rely on a lot of the officer’s ability, their observations, the things they’ve seen the documentation of what they do,” Chalek said.

Chalek said that, for the University campus, people driving under the influence of marijuana is the biggest threat as well, specifically to the safety of pedestrians with the amount of students who walk around the roads on campus.

However, Chalek said he predicts there should not be a great social change to URI’s campus in the wake of the legalization of marijuana because many URI students do not apply to the law, as recreational marijuana is only legal to adults 21 years and older.

“It’s still a civil violation,” Chalek said. “It still will be cited by our offices like a traffic ticket, which eventually will start going back to the traffic tribunal.”

Federally, recreational marijuana possession and use is still illegal, according to Chalek, and therefore students are not allowed to have it on campus or University grounds. Additionally, Chalek said that use of prescribed marijuana for medical purposes is not allowed on campus either, until the legalization of marijuana is at the federal level.

While the legalization of recreational marijuana use isn’t expected to make great changes to the URI community, the study of cannabis at an academic level already has.

This fall is the first semester that a minor certificate in cannabis studies has become available to URI students, according to Program Coordinator and Lecturer Stephanie Forschner-Dancause.

The minor primarily revolves around the social and historical aspects of cannabis, according to Dancause, however the foundational class BPS 206: Foundations of Cannabis Studies dives into more social aspects.

“We do talk about ethics and production and how to ensure that those medical patients are getting safe products,” Dancause said. “But we also talk about the war on drugs and how it has disproportionately affected, you know, Black and brown people and communities and how now that it’s a legal market in many states, how do you address those past war on drug issues?”