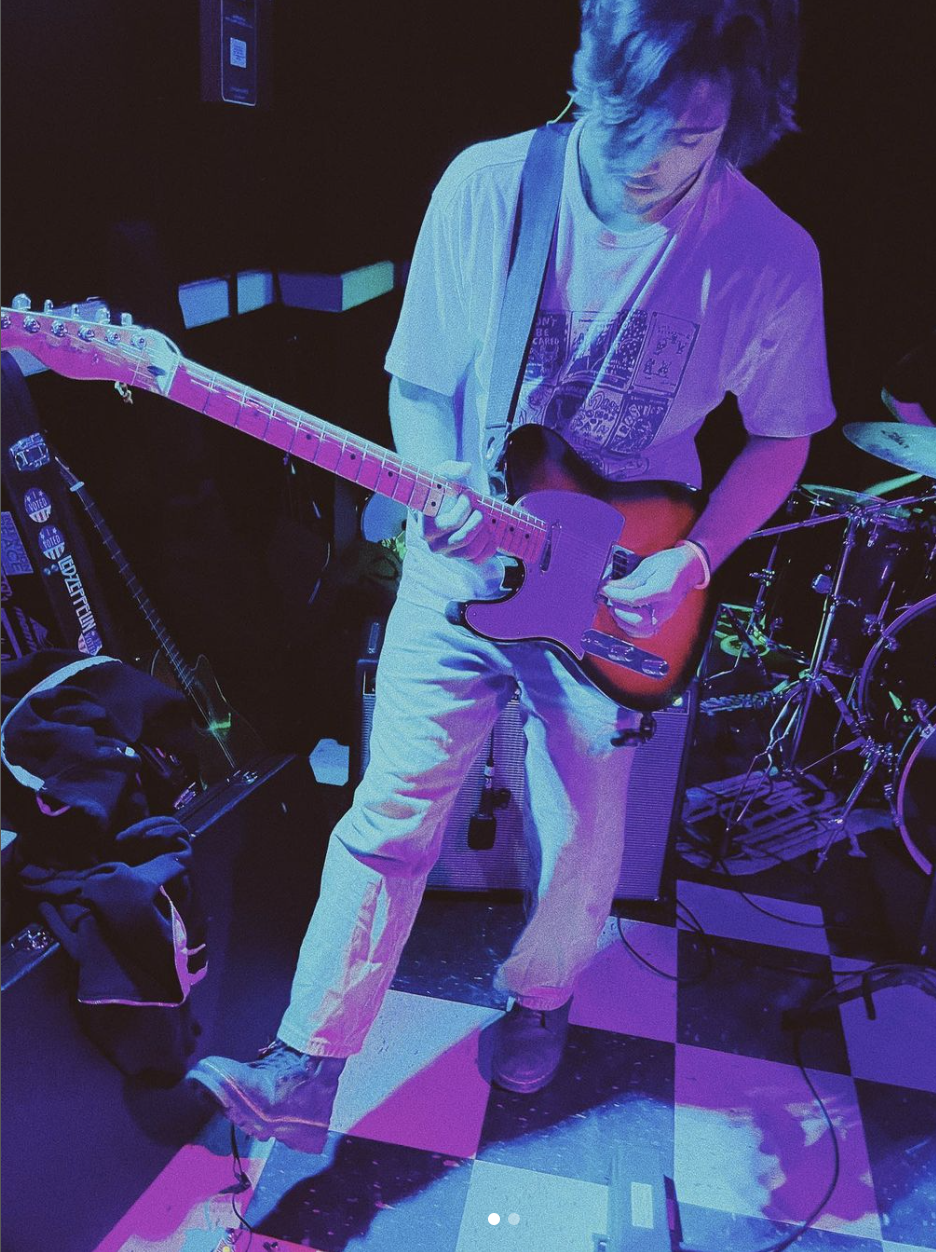 The band, formed in January, is composed of Sean Ovalles on vocals, Michael Diehl and Tristan Pagliaroni on guitar, Matt Delaney on bass and Merritt Cathers on drums.

The members of Superposition met at the University of Rhode Island Musician’s Guild in December 2021 and began jamming together at meetings.

The band made their debut at a Musician’s Guild open mic concert on Earth Day last spring, according to Diehl and Cathers.

“It was like an open signup thing, but like bands could sign up to play at the whole thing,” Cathers said. “It was awesome. It was pretty cool.”

Each one of the band members brings their own inspirations to their music, according to Delaney, but a common thread between each member is emo and indie music.

“We kind of all kind of like our own thing,” he said. “We all listen to different stuff. And like, we also like, almost like, make random songs on the side, and they’re all mad different.”

Cathers explained that their sound can “get a little heavy” when they want but is mostly inspired by Midwest emo and indie bands. Members shouted out various groups as influences such as Marietta, Mom Jeans and Title Fight, as well as psychedelic rock and some rap, as influential to their collective sound as a band.

They have yet to release any music as a band, but each member enjoys the experience of creating music together.

“As corny as it sounds, my favorite part of making music is like expressing yourself,” Ovalles said. “It’s really a fun time.”

Ovalles’ message was echoed by Cathers, who added more about performing live in front of crowds.

“Like, I guess we come together as a band to create such a unique sound,” Cathers said. “I just enjoy creating music with other musicians, but also, to be able to perform and know that every one there’s invested in having a good time and enjoying the experience.”

Since its inception, Superposition has played shows all across Rhode Island and Connecticut, which is a highlight for the members of the band.

“Playing live is like my favorite thing ever,” Delaney said, “Like, even if I mess up a bunch, I’m still gonna be able to look at the crowd and think, ‘oh, I know that guy who’s crowd surfing right now,’ that’s pretty cool.”

Pagliarini echoed Delaney’s thoughts and added that seeing the band finally come together while performing  “​​is just so cool.”

Superposition’s name came about in a rather unorthodox way. According to Delaney, he was inspired after watching a TikTok about a glitch in Super Mario Bros 3, where after a certain sequence of inputs, a Koopa Shell is put in a “superposition.”

“I brought that up,” he said. “I was like, ‘I saw this TikTok today, and I think we should take this band name,’ and it kind of just stuck.”

Looking ahead, the band seeks to write and record new music soon while also looking to establish themselves on streaming services.

“I’m looking forward to learning from the experiences you have as a band,” Cathers said. “Like, just getting to create music with my best friends, it’s so fun.”

More information about Superposition can be found on their Instagram page @_superposition.