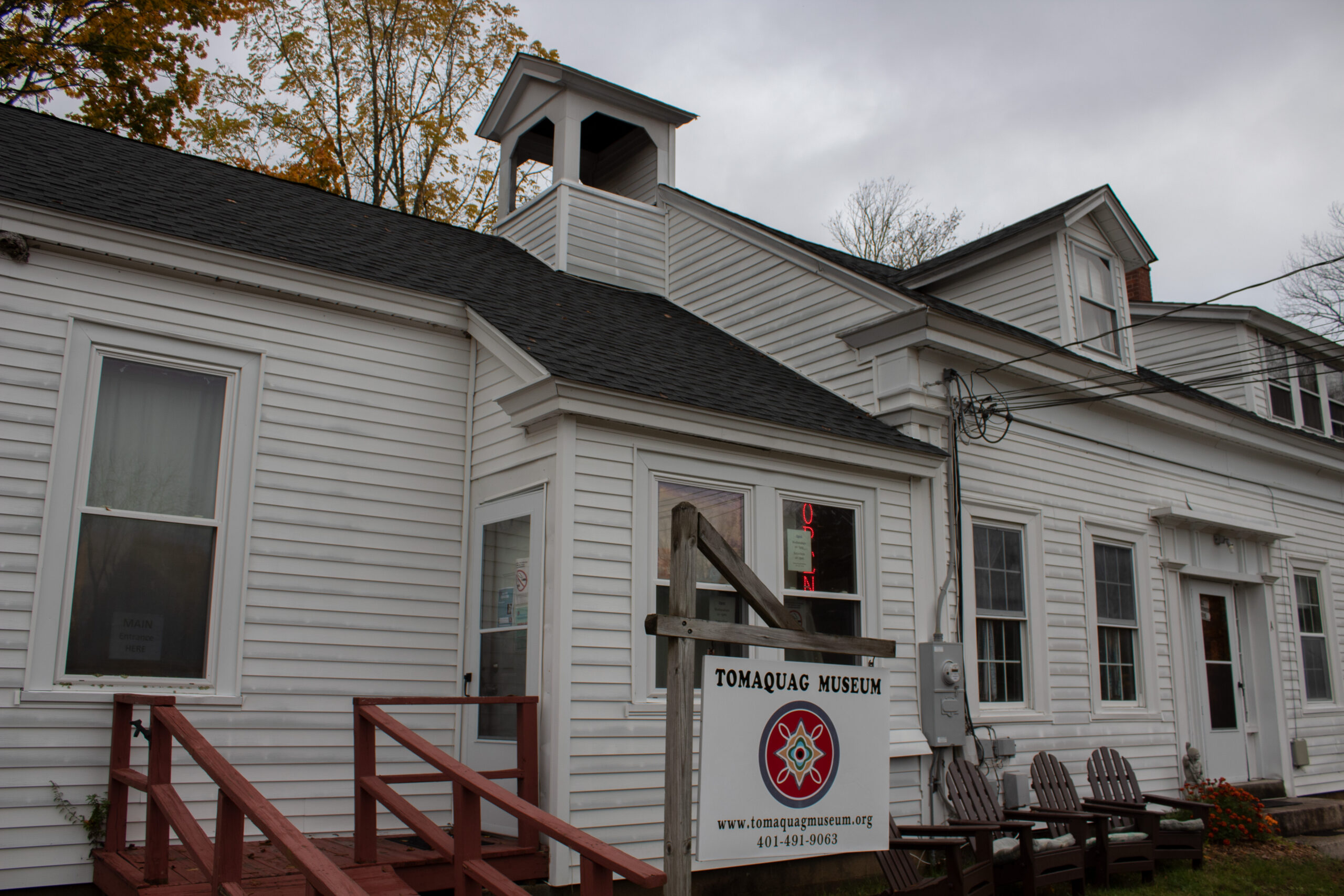 Groundbreaking for new four-building campus to occur in 2023

The Tomaquag Museum is continuing to make preparations for its upcoming move to a new, more spacious location in Kingston.

The new museum, which will be located on Route 110, just off the University of Rhode Island’s Kingston campus, will consist of four buildings and an outdoor gathering space.

According to Lóren Spears, the director of the Museum, the new location will provide greater exposure for the 1,000+ cultural items that the museum currently holds.

“You don’t realize there’s so much here, and it’s because not everything is spotlighted like in a bigger museum,” Spears said.

“Our intent is that every building, the public will be able to go in for one reason or another,” Spears said. “It’s not just a main exhibit gallery.”

Spears also said a heavy focus would be placed on the Museum’s outdoor space, which will include a garden of plants indigenous to the Rhode Island area, a courtyard and art installations. Additionally, there are plans to connect the museum to the William C. O’Neill bike path, which runs through URI’s campus.

The Museum also has a new target for the groundbreaking of the new buildings — Summer 2023.

The reason for the new timeline, which according to the Providence Journal, was previously planned for the end of 2022, was made in order to further work through plans and logistics for the new buildings.

According to her, the extra planning time also allowed for additional improvements to be thought out for systems, including the museum-wide intercom and the Museum’s parking.

“There’s an announcement system that we’re going to have, but the way it can work, it can just announce it in certain spaces,” Spears said. “So if there’s a school group in the Education Center doing a program, the Education Center’s turned off, so you’re not interrupting it now.”

The Museum has held more events with the URI community recently as they prepare to move to Kingston, including an event celebrating Nikommo on campus this past weekend.

Spears said that the museum has worked closely with the community, including landscape architecture professor Catherine Weaver, on gathering feedback for the design of the Museum and on future events.

Multicultural Student Services Center (MSSC) Director Jean Nsabumuremyi said that the collaboration between the museum and the MSSC is important for the local community.

“The cooperation with the museum is vital for the MSSC because we want them to know the MSSC is their space,” Nsabumuremyi stated.

The new space, according to Spears, will also help the Museum’s operations in colder months and allow for more programs to celebrate and commemorate Indigenous history.

“Once you get into those winter months, it’s just a little too tight here,” Spears said. “Our space [in Exeter] works late spring, all summer, early fall— when you get into late fall, it’s extra cold.”

According to her, the new building will be the Tomaquag Museum’s sixth location, with previous locations located in Hopkinton and Exeter.

Spears said that she is looking forward to a larger and more accessible space for the Tomaquag Museum in the near future.