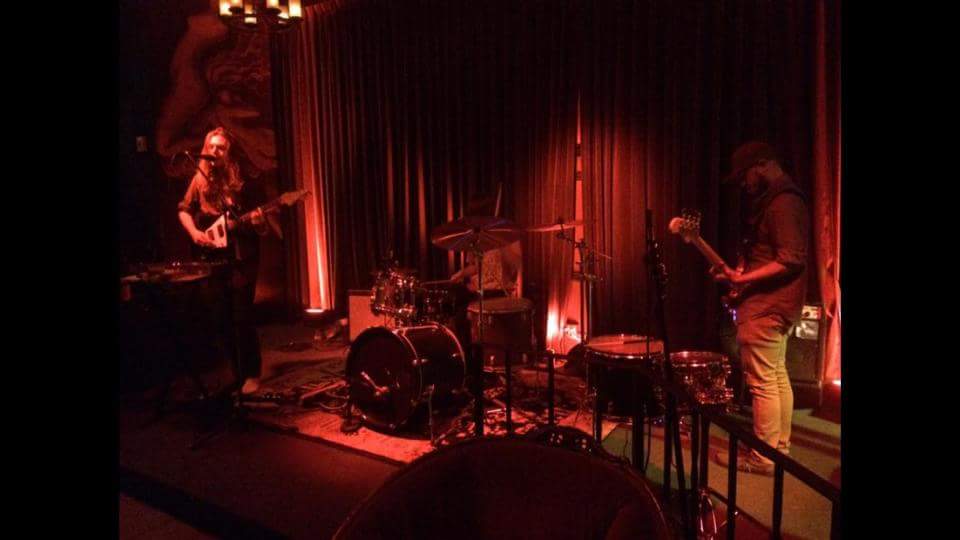 Rhode Island’s own PsychoTropics is bringing psychedelic rock to the University of Rhode Island music scene.

The band was formerly a four-piece band called Atlantis Electric Company in 2014, until their guitarist moved to California this past April. The remaining members considered finding a replacement, but ended up discovering a new sound as a three-piece band and created PsychoTropics.

Guitarist and vocalist Patrick Eaton, a Psychology major with a minor in Spanish at URI, describes PsychoTropics’ sound as “a multi colored space slurpee giving you a euphoric brain freeze that helps you see the past and future as one.” He further describes their sound to be heavier than Pink Floyd. Eaton said that transforming into a three-piece has helped the band to “get into the weirder noisy stuff,” making them a unique group around the college campus.

Other members of the band include Christian Rakotoarisoa on bass and James Wilson on the drums.

As a whole, the band shares a love for a wide range of music including bands such as Tame Impala, Unknown Mortal Orchestra, Toe, the Flaming Lips, Radiohead, Tycho and various others. Â As a group, they enjoy this mixture of genres, but each member has their own specific bands that have influenced them individually.

“When I started playing I was obsessed with the 60’s psych rock like Jefferson airplane, Quicksilver Messenger Service and Big Brother & The Holding Company,”said Eaton. “Christian loves the math rock stuff like Toe and also is really into the newer electronic based music like Phantogram and Tycho. Then James, being the hippy kid he is, loves newer California psych rock like White Fence, Mr. Elevator and The Brain Hotel and Fuzz.”

The band has received attention from both URI students and locals alike. With their unique sound and well-written songs, they have managed to draw in a crowd of fans who appreciate songs with a deeper meaning. Eaton described the song Red Water, as his favorite of the band’s songs. Â

“[Red Water is] about how Europeans came and destroyed an entire society of spiritual and wise Native Americans that lived as a part of nature rather than trying to dominate it,” said Eaton.

He explained how the band is planning to release a new EP soon, which will feature Red Water. Â In addition, the band has some of their music online, including a live album from when the band was still had four members. Their music can be found on BandCamp.

This Saturday, Sept. 19, PsychoTropics will be playing a house show, followed by a show on Sunday, Sept. 20, at Psychic Readings in Providence. PsychoTropics will also being playing at The Wheelhouse on September 24 in Narragansett and AS220 in Providence on Oct. 7. In addition, the band can be found playing shows throughout the semester on campus at the 193 Coffeehouse in the Memorial Union.