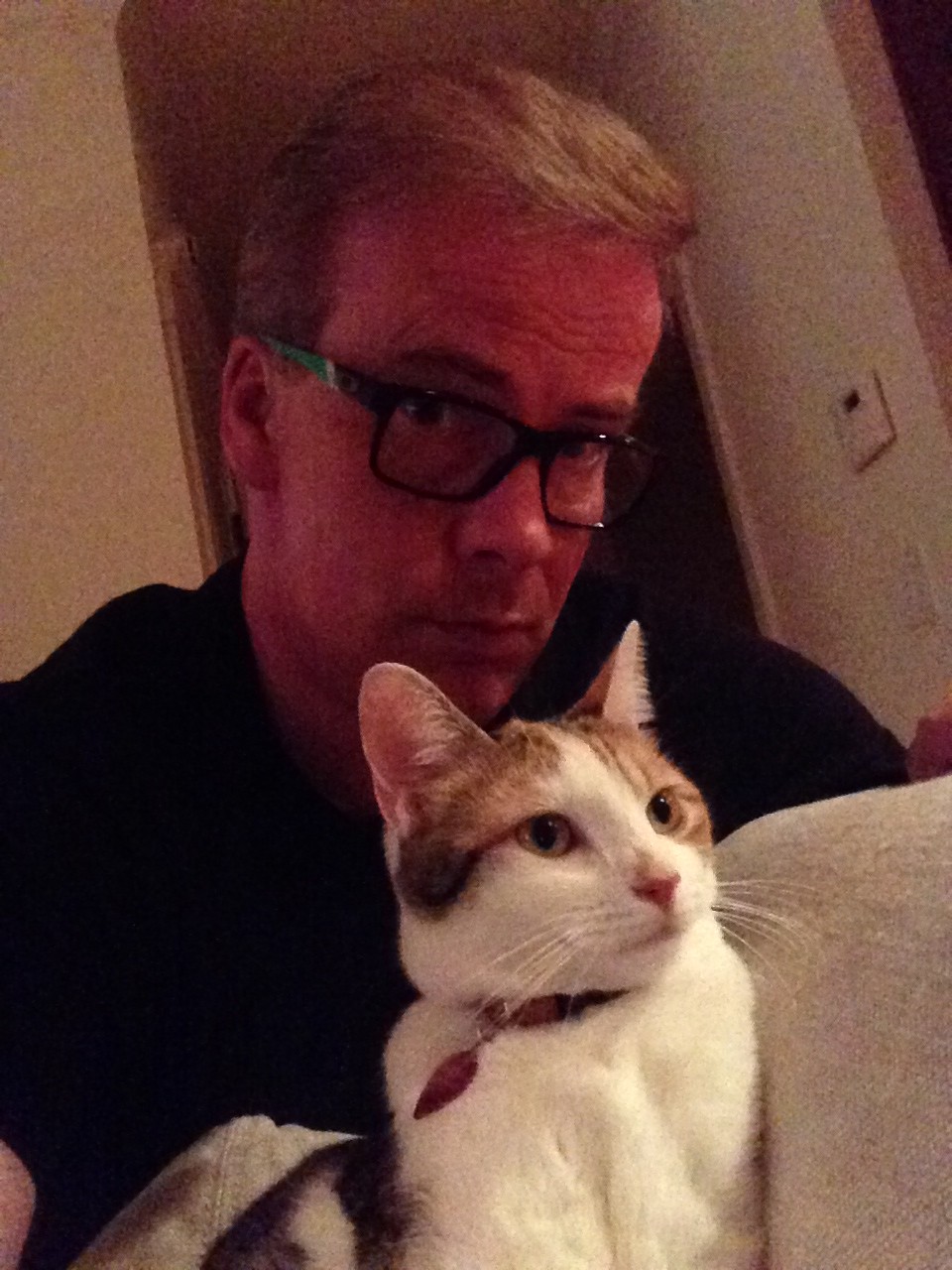 A new professor at the University of Rhode Island is uniting his real world experience working with popular TV shows with classroom learning.

Justin Wyatt, an assistant professor of the Harrington School, began his first semester of teaching at URI this fall. After previously teaching media arts at the University of Arizona, Wyatt decided to work in the TV and film industries. His work at URI will be his return to academics since being in the media industry for the last 15 years.

During his time away from universities, Wyatt worked as a liaison between consumers and networks such as ABC, E! Entertainment Television and Country Music Television for Viacom. With ABC he worked on prominent news programs including World News Tonight, Good Morning America and 20/20. Wyatt also worked with the shows Lost, Desperate Housewives and Grey’s Anatomy. One of the most infamous shows he worked with was Keeping Up With the Kardashians during his time at E!.

“I did a lot of work understanding how viewers connect to the Kardashians, and the different sisters and their lives,” Wyatt said. “It’s fascinating to me because, in some ways, the Kardashians are a family that have been made by a reality show. And yet there are viewers out there who connect so strongly to them as individuals.”

Wyatt explained that some viewers even told him that they identified themselves as being more like one of the sisters than the others when telling him who they, the consumer, are as a person.

“Viewers traditionally really like the family aspect of the show, and the notion of having a large number of sisters. So people might think that the Kardashians is all glitz and glam… [but] it’s not just that. There’s this other family aspect, and I think how that plays out is really interesting too.”

Wyatt said that he knows there are people who question the quality of the Kardashians and other reality programs. He disagrees with these judgements, as he has listened to the viewers of the shows himself.

“One of my lessons [in] being a market researcher was always ‘don’t ever second guess viewers,’ because there are reasons why they like a certain topic or certain content, and they might be different than your reasons,” Wyatt said. “But my job as a researcher is to understand their reasons. I found it fascinating because you’re a little bit of a psychological detective… and that’s a great job to have.”

These lessons that Wyatt has taken in during his time in market research will be incorporated into each class that he teaches.

“I really feel it’s a point of differentiation for me as a professor,” Wyatt said. “So in my media market research course, I really use examples all the time from my industry practice… I’m trying to kind of marry the textbook learning that you would get in market research with the hands-on practical learning.”

He was attracted to the professor position in Business Media at URI because it gave him a rare opportunity to bring his two worlds together.

“There was a professorship [offered] in Business of Media, and I thought ‘that’s exactly what I do,’” Wyatt said. “I work in business, in the media industries, and I’m also an academic. And I knew that when I returned to academia I wanted a job that [would] take advantage of my academic background and my industry background”

In addition to the classes he’s teaching now, Wyatt will be teaching COM 410 with the topic Media Market Research, which is closely related to his industry background. He teaches it this semester as well. He will also be teaching COM 310, Media Economics, and FLM 205, History of Film II.