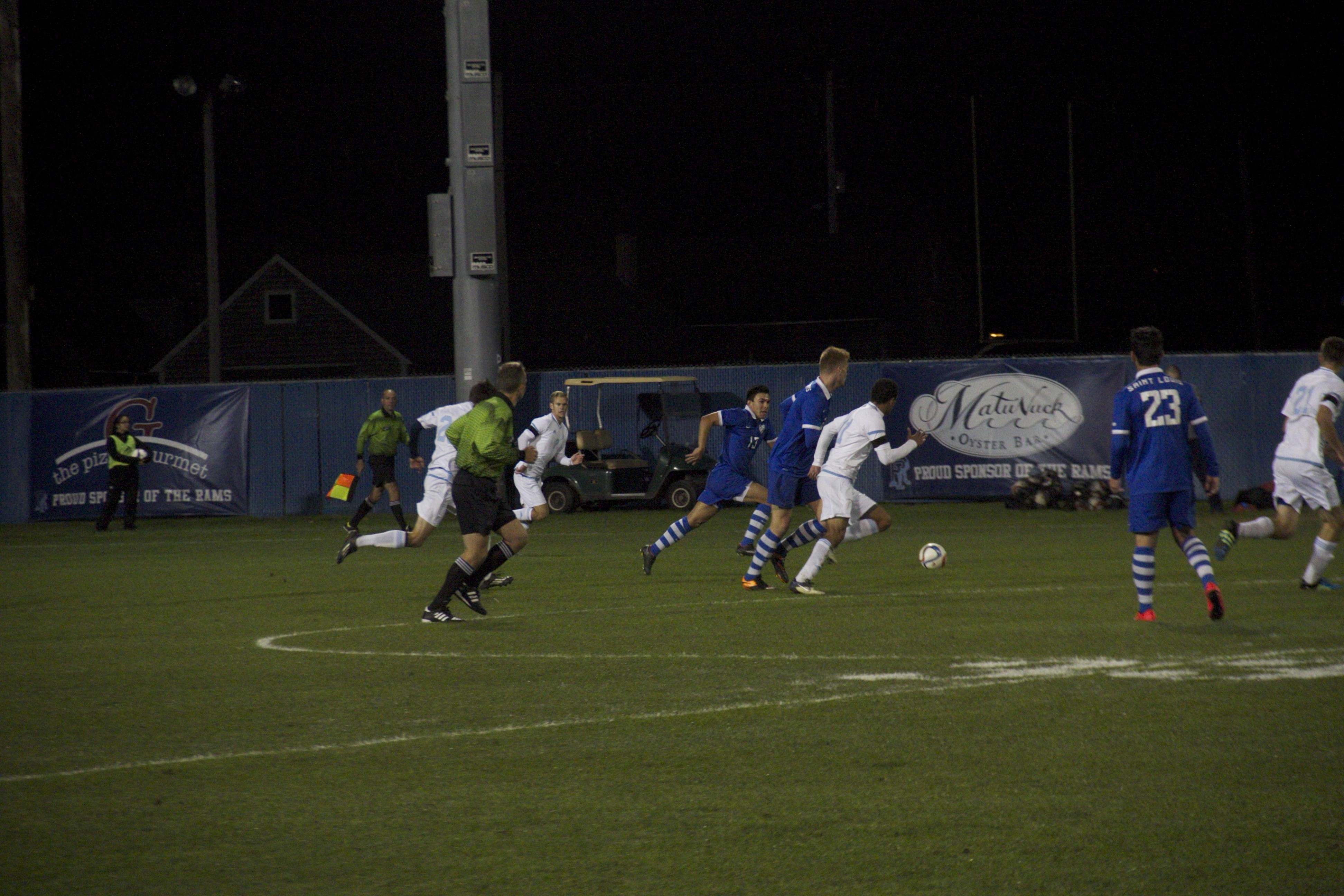 For the second consecutive match Rhode Island hosted a nationally ranked opponent, and held them to a 1-1 draw while trailing by a one-goal deficit.

After a scoreless first half, Saint Louis came out strong when Faik Hajderovic found the top right corner of the net with a 50th-minute strike. In the 70th minute Rhode Island freshman midfielder Emil Jesman Sunde scored off of a cross inside the box from senior forward Ryan Oakley. The equalizer was Sunde’s third goal of the season, and Oakley’s fourth assist.

Sunde earned Atlantic 10 Rookie of the Week honors for his performance against Saint Louis and Boston College after recording points in each game (one goal and one assist).

“It feels good coming off consecutive draws to two quality sides,” Oakley said. “We could have won each, but they are both tough teams and I think we proved we’re just as good.”

Controversy ensued with under a minute remaining in regulation when Saint Louis appeared to score the game-clinching goal off of a corner kick. The referees discussed the play and decided to goal because Saint Louis’ Filip Pavisic deflected the ball in the net off of his hand.

Overtime was a defensive battle with few chances between both teams. The closest opportunity to an overtime game-winner came during the 95th minute when Rhode Island’s Dante Lamb hit a shot directly off of the near post.

“It was a battle,” Rhode Island head coach Gareth Elliott. “The conditions were tough to play in with the strong wind and everything. Saint Louis dominated small stretches of the game, but we came back strong in the middle of the second half. It was a pretty scrappy game overall so we’ll take the point and move on to the next one.”

Rhode Island’s next match will be this Wednesday when they visit the University of Massachusetts – Amherst at 4 p.m. to continue conference play.

“UMass is obviously a tough place to go to,” Elliott said. “I mean they have had some success in the past in the conference, and we need to possess the ball a bit better.”