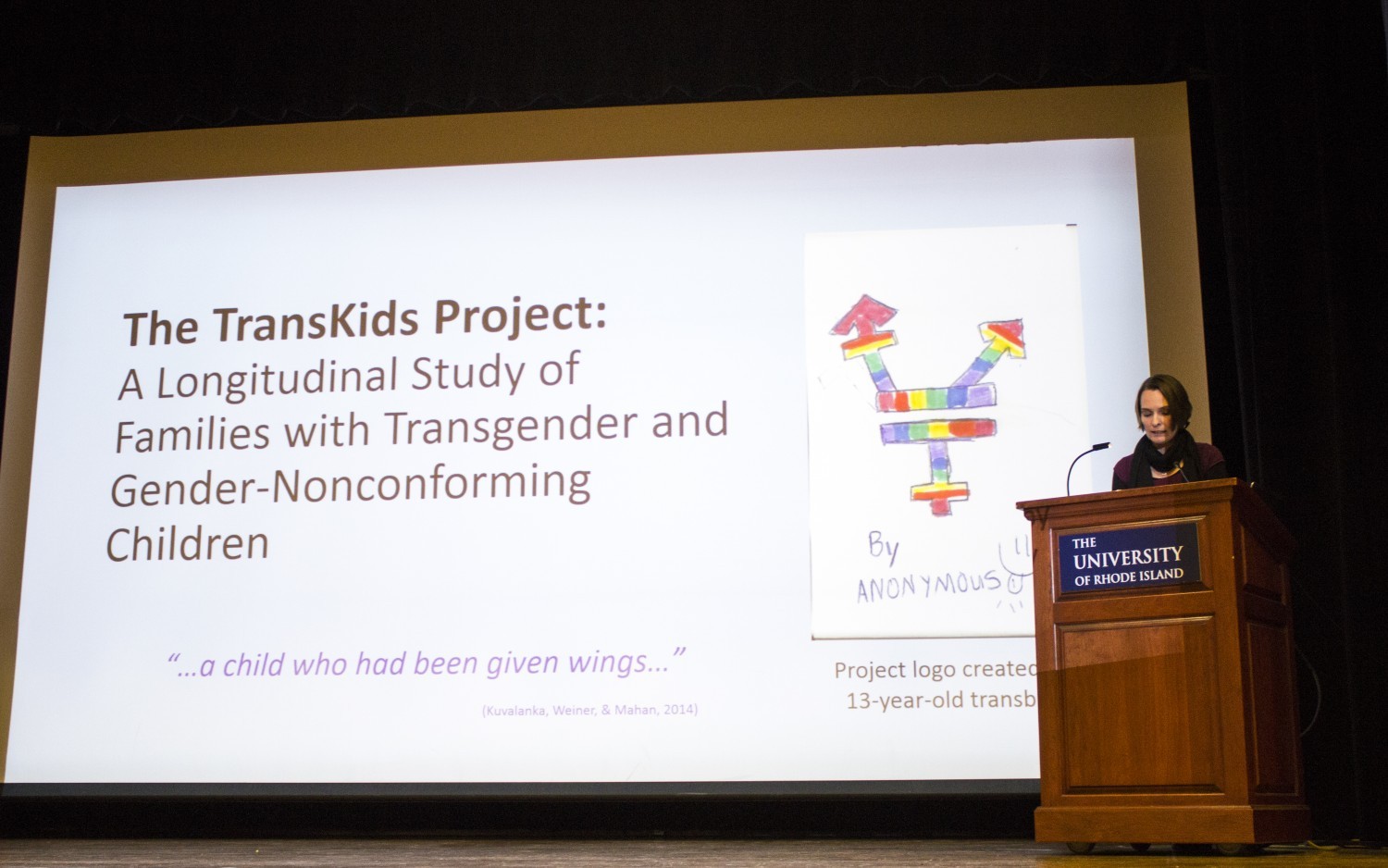 Monday night, Dr. Katherine A. Kuvalanka gave a presentation about her recent study, called the â€œTransKids Project,â€ which explores the lives and experiences of 49 different families who have transgender or gender non-conforming children. The entire Union Ballroom was packed with students, faculty, and members of the community as they listened to Kuvalanka.

In this presentation, Kuvalankaâ€™s goal was to â€œshare with [everyone] how the TransKids Project began and to talk to [everyone] about how these families and others like them are pioneers in a cultural battle.â€ She explained how â€œthis battle of controversy of what [she refers] to is how we approach transgender and gender nonconformity in childrenâ€¦itâ€™s taking place in families and communities all over the nation.â€

Kuvalanka claimed that it is not the child who undergoes the transition. She said the child does not need to transition because they are merely accepting who they have always been, not transitioning. But, it is the family and the people around them who need to â€œtransition in the way they think about and perceive the child and how they think about gender in general.â€

Kuvalanka described this as â€œquite the parenting journey,â€ one that many parents probably never expected to have.

This is a new concept for many people to comprehend: how someoneâ€™s anatomy could not align with their gender identity or gender expression. It has made some parents of transitioning children very worried, explains Kuvalanka, about the people who surround their kids. Kuvanaka said family acceptance is one thing, but there are still a lot of unaccepting people outside of the family that the parents see as potential threats to their childâ€™s safety.

Kuvalanka also addressed problems that arise after a child has transitioned. Since it is still a relatively new concept in society, there are not many facilities in close proximity of these families for the medical and psychological help that these transitioning children need. On top of the minimal facilities is the fact that most health insurances do not have plans that include coverage of the necessary hormone suppressants that these transitioning children need.

Beyond the childâ€™s health, the child is typically subject to questionable responses from the school systems. Kuvalanka explained that while some schools were very accepting of the studentâ€™s transition going so far as to change the name and gender in all school records, others were not as helpful or understanding.

Kuvalanka gave jaw-stopping statistics and explained that while 4.6 percent of the general public attempt suicide, the rate of transgender individuals attempting suicide is much higher, between 20 and 40 percent.

She explained that in one of her cases, once the parents learned of this statistic and others like it, accepting their childâ€™s transition became the question of whether or not they wanted a dead boy or a living and breathing girl.

For a project that began in 2010, the TransKids Project has surpassed all expectations and has delved into something that few have studied in depth. Kuvalanka was able to focus her study and talk to the families of transkids about what they thought was important in raising their transkid, and the things that they still want to learn about it. After two years of â€œburyingâ€ herself in literature to gain the background information necessary for this venture, the project has truly outdone itself, she said.