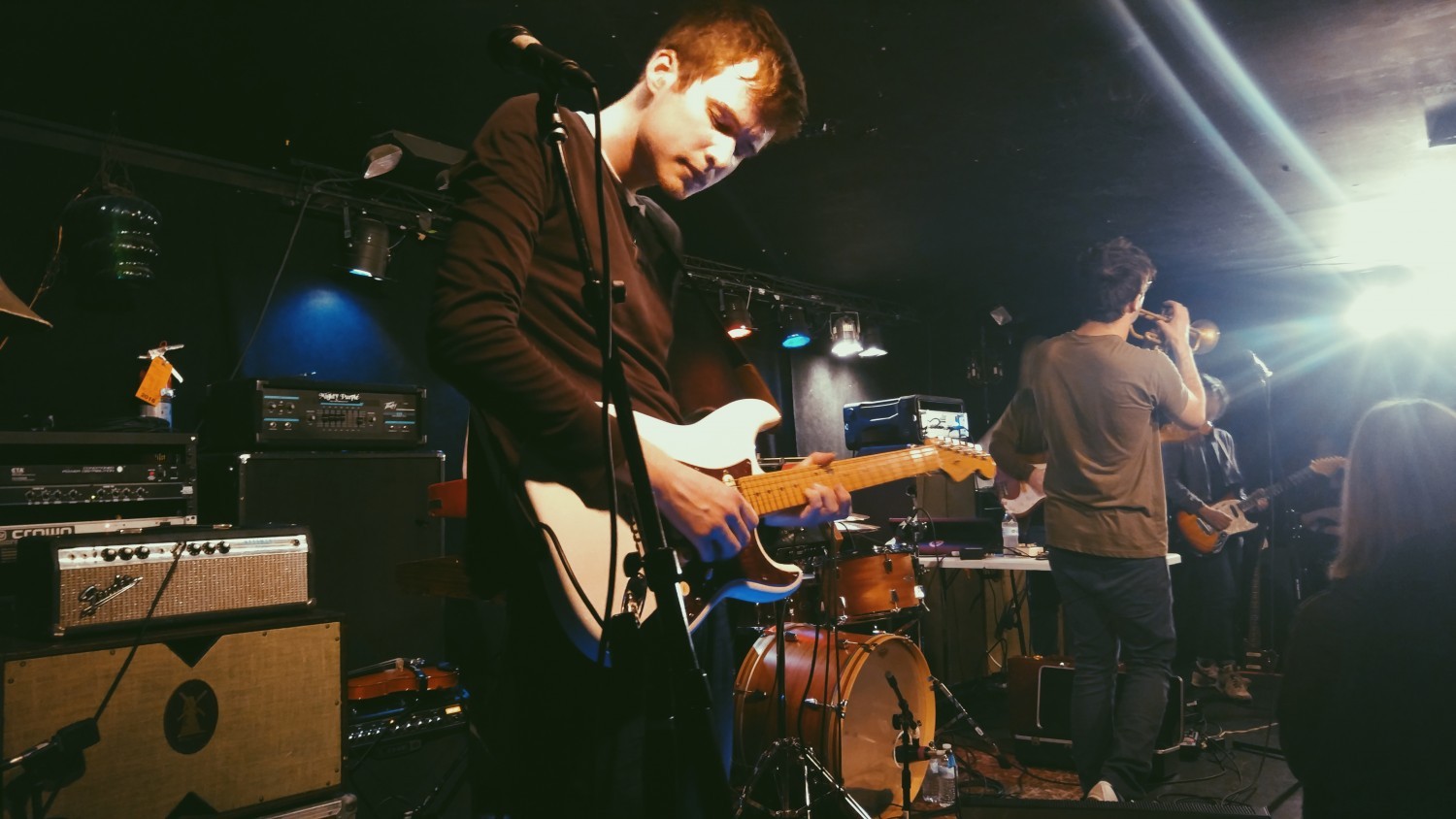 Post-rock band Foxing made a stop in Connecticut on March 15, playing a show at The Space along with openers O’Brother, Tancred and Adjy.

Adjy, a North Carolina band with an indie rock sound, opened the show, immediately grabbing the attention of the audience. Throughout their set, they discussed how they released a new EP on March 10 with Triple Crown Records and played multiple songs from it. With their mixture of unique riffs and indie pop style vocals, they got the audience dancing and singing early on in the night.

Next to the stage was Tancred, a three-piece pop rock band fronted by Jess Abbott, who is also a member of the indie pop band Now, Now. Abbott’s performance featured some powerful vocals and fun guitar riffs that made it easy to dance to. At one point in their set, the band brought up Eric Hudson, one of the guitarists for Foxing, to play during a couple of their songs. The band’s fun performance pumped up the audience and had them screaming and cheering after each song, eager to hear what they would perform next.

Following Tancred was O’Brother, who had just started touring with the bands that night. As it was their first stop on the tour, lead singer and guitarist Tanner Merritt expressed his excitement about joining all the band members for the next three weeks on the road. They opened their set with their latest single, entitled “Bloodlines” from their upcoming album “Endless Light,” which is set to be released March 25. They continued with both new and old hits, performing their ambient, heavy experimental rock sound which really captivated the audience.

St. Louis natives, Foxing, hit the stage last, opening up with their hit song “The Medic” off their 2013 release, “The Albatross.” They continued with “The Magdalene,” a song off their 2015 release, “Dealer.” Throughout the night, lead singer Connor Murphy sang with passion and emotion, enticing the audience. With all six musicians on stage playing at least two instruments that night, there was no shortage of talent on the stage. Foxing featured some unique instruments that are not normally found on an indie rock stage. These instruments included two keyboards, a violin, sampling pads and a melodica. The audience went crazy in the small venue, dancing, pushing and experiencing the music.

As the audience got rowdier, fans began being pushed and one fan fell onto the stage. After finishing the song, Murphy asked, “Is anybody uncomfortable with how rowdy that was?” Having had his nose broken the week before by a disruptive fan in Chicago, he wanted to make sure everybody in the audience was safe and comfortable so they could really experience the music. The audience responded positively, stating that everybody was safe and having fun, so the music continued.

Foxing played a balanced mixture of both new and old songs, and had the audience dancing and singing all night. Their eccentric performance kept the audience staring at them, rather than their phones. They closed the show with another hit, “Rory,” and the audience screamed with excitement. Shouting every lyric to the song, the audience’s positive energy was infectious. Everybody left The Space with a smile, raving about how great of a performance Foxing had put on.

Foxing will be continuing to tour until the end of May, going across the country and then on a world tour. You can find more information about them on their Facebook and Bandcamp page.