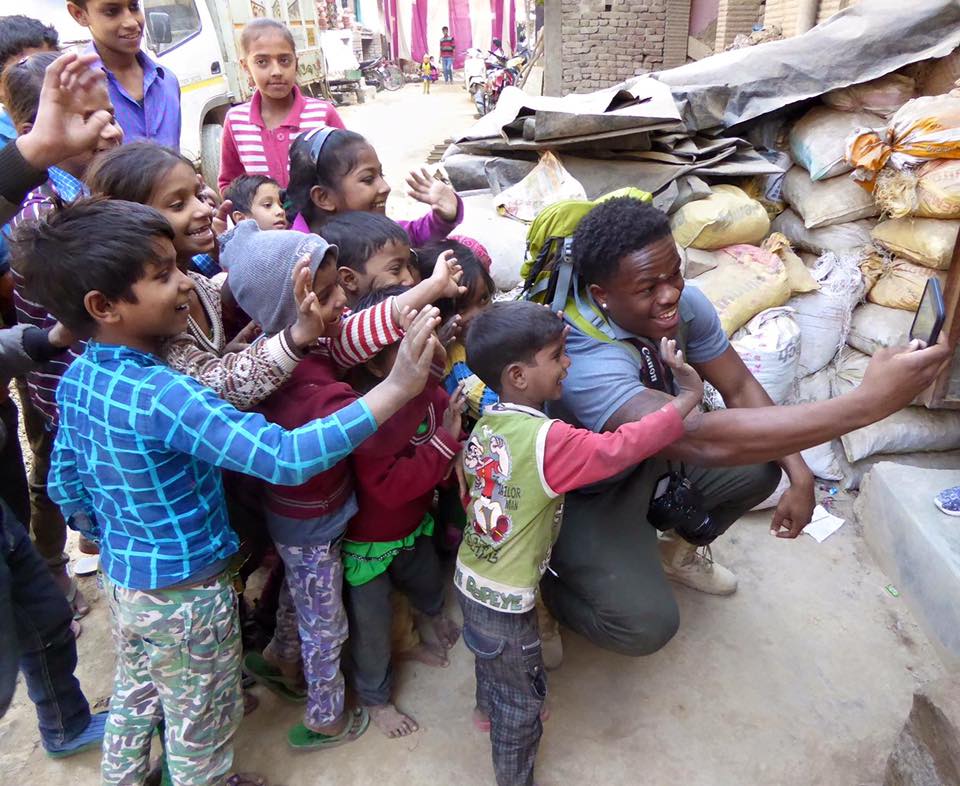 Shawn Antoine II, a documentary filmmaker with a strong passion for change, has been making films for less than a year and has already been recognized with the â€œStudent Innovation Awardâ€ from the Africana Studies Department.

Antoine, a sophomore at The University of Rhode Island, is an Economics and Public Relations double major, with a minor in Africana Studies. Heavily involved around campus, Antoine is part of Student Senate, the National Association for Black Accountants (NABA), is the Vice President of the Student Athletic Advisory Committee, and is also on the URI football team.

His passion for filmmaking, although less than a year old, has already changed the way that he finds himself spending his free time.

â€œOn some weekend nights, Iâ€™ll stay on campus and brainstorm and work on my films,â€ Antoine said. â€œI find myself using my free time in a more meaningful way now. Filmmaking has shown me what I want to do. Iâ€™m focused on it, and I have a drive to get better at it.â€

As a kid, Antoine noticed his artistic interests were there, but he didnâ€™t quite know how to channel them. Having done photography for some time as a hobby, his transition to film came about during Thanksgiving break of this year, when he was photographing/participating in a Black Lives Matter protest in New York City. He decided to capture on film the events that were unfolding before him, and the reactions of those around him during the protests. His film about the subject, â€œThe Movementâ€, was released on December 13th, less than a month later.

â€œI was already involved in the movement, but I wanted to do something that could reach people,â€ Antoine said. â€œIt was made to educate people, because people will sometimes say things about a movement that they donâ€™t really know much about.â€

While making this film, Antoine was helped by film students and faculty at The HUB in Swan Hall. He received help and encouragement from Tony Balko, director of The HUB, to continue forward with similar documentary filmmaking, as Antoine was already involved in activism for womenâ€™s rights and Black Lives Matter.

â€œI was in the HUB just about every day, learning how to edit,â€ Antoine said of his time making the film. â€œItâ€™s tough to start out, not having taken any film classes. People there, and other film students, were teaching me and helping me.â€

During J-Term this year, Antoine took part in a faculty-led study abroad trip to India. His time there inspired him for his next film, â€œDays in Delhiâ€. The film is set to be released in late April, and looks at some of the poverty, culture, and lifestyles of people that live there. The film will feature cover art done by Rob Riglietti. Â

â€œYou may hear about the poverty and see a little on TV,â€ Antoine explained, â€œbut until you actually experience that and you interact with the people, you have no idea. I want to use this documentary to show my experience, because a lot of people probably wonâ€™t ever get the opportunity to go there. If I am able to bring them with me there, that is a great thing.â€

Antoine will be taking his first film class next semester, which he is very excited for. He plans to expand his filmmaking beyond documentaries in the near future, with hopes of beginning scripts for new projects this summer.

Antoine says he finds himself inspired as a filmmaker by the fact that many black actors tend to receive less recognition and opportunities than white actors, which is something that came into the public spotlight at this yearâ€™s Academy Awards. Along with this, there have been many controversies over black actors being cast in certain roles, such as the controversy with Idris Elba being a candidate to play James Bond, and John Boyega being cast as a lead in the new Star Wars movie.

â€œIf we want to continue to move forward as a society,â€ Antoine said, â€œwe have to be able to break down those race barriers and then everyone can be seen as equal.â€

Antoineâ€™s first film â€œThe Movementâ€ can be found on YouTube, and be on the lookout this April for â€œDays in Delhiâ€.