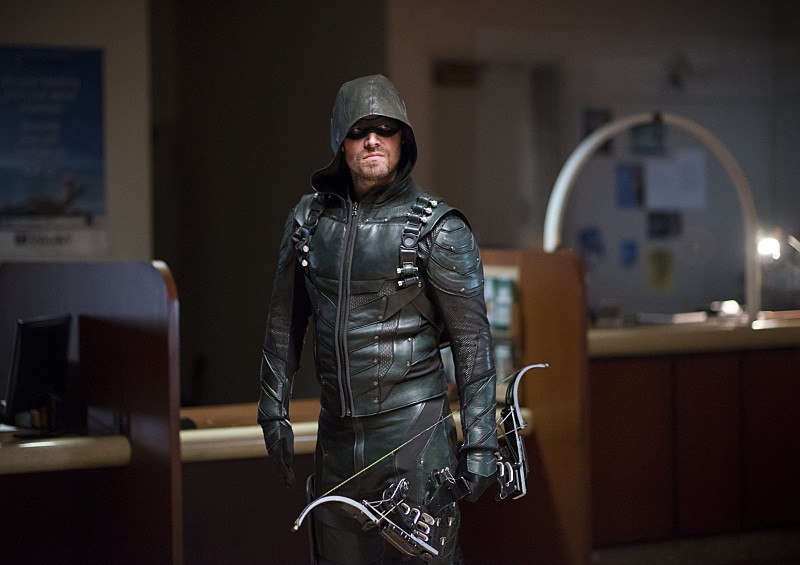 You may have heard the phrase “a golden age of television” used when talking about the abundance of programs on air, but I prefer to use the term “silver age.” In the past decade we’ve seen a vast number of superheroes leap from their pulp-fiction pages to the big and small screens. Most of these heroes were created during the “silver age of comic books.”

The “silver age of comic books” is considered to be the mid ’50s through the ‘70s.  It was during these decades the heroes we’ve grown to love came to life. The “silver age” gave birth to many characters we see in live action iterations today, creating major shifts in the worlds of DC and Marvel comics alike. Super Girl arrived on Earth in search of her cousin. Barry Allen was struck by lightning and became the Flash. It was during these years that Stan Lee created Peter Parker/Spider-Man, and the Avengers assembled for the first time. Right now there are more than 10 shows across several networks and streaming services within the superhero genre, and I’m keeping up with as many as I can.

The CW has become a powerhouse for television based off of DC Comics’s characters. They got the ball rolling with “Arrow” in 2012 and expanded their network with “The Flash” two years later and “Super Girl” and “Legends of Tomorrow” in 2016, establishing what has become referred to as the “arrow-verse.” While these shows share a world and similar episode-by-episode structures, each show’s season long plots and character dynamics make them stand apart.

“Arrow” set the tone of a surprisingly unforgiving world for the network. The show followed its gritty hero who carried a secret that he was, for a while, willing to kill for. Oliver Queen adopted the mantle of the Green Arrow upon returning to Star City after five years of being stranded on an island and in foreign countries. Determined to “clean up” his city, Oliver donned a green hood and bow and arrow, going on a killing spree for most of the show’s run.

This complicated relationship with killing for the “right” reasons has been a lasting pillar of the show. “Arrow” has always played with the theme that Oliver’s actions to protect the city might never be enough to calm the “monster” within him. He created the persona of the Green Arrow as another identity, one to separate himself from the violent urges and tendencies he had.

In its current season “Arrow” is bringing this issue back to the forefront. He is being tormented by a new villain, Prometheus, who wants him to pay for his killing spree during his first years back home. By having a villain that forces Oliver to confront his murderous past and confess his “secret” the showrunners have created a psychologically thrilling season.

After being kidnapped by Prometheus, Oliver is tortured and eventually admits that he enjoyed his violent actions basically making him a serial killer. Oliver’s confession to Prometheus results in his decision to shut Team Arrow down. This re-contextualization of our hero will become a clear hurdle for all the major characters and lead to the climax of the seasons overall narrative. “Arrow” risks undermining its hero’s journey by admitting that every time you felt bad your hero had to kill someone, he might have liked it and never truly separated himself from the “monster.” Prometheus promised he would help Oliver discover who he truly was and he delivered.

It has been a while since the show has reached such an exciting fork in the road, and I am excited to see how this changes the shows dynamic for the rest of the season. Prometheus isn’t done with Oliver and his team yet, in an interview with EW Executive Producer Marc Guggenheim promised that what’s to come won’t be quite like anything we’ve seen thus far on “Arrow.”