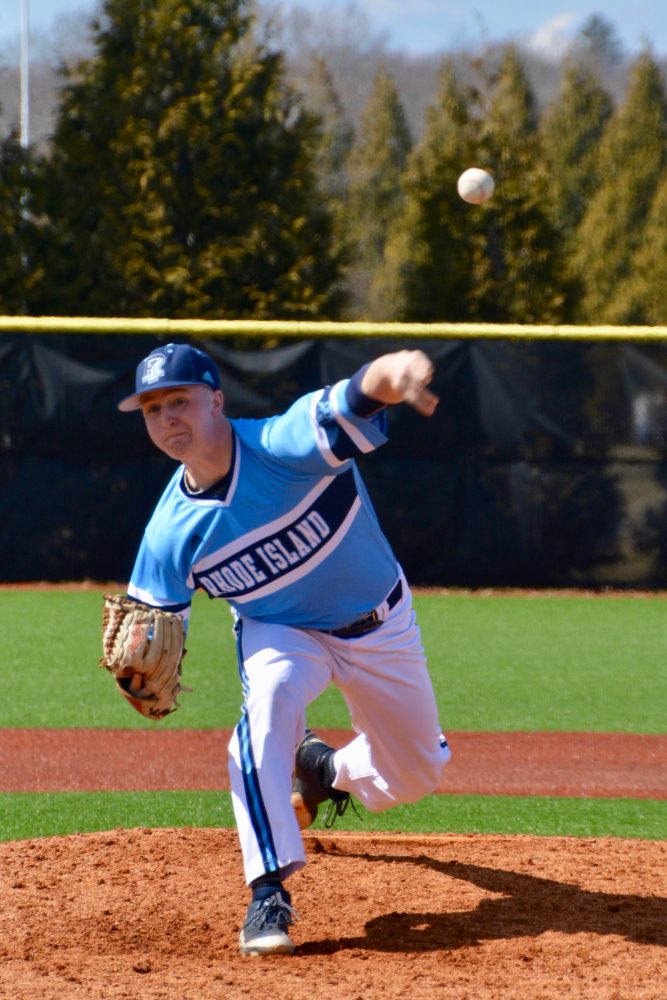 We both started the same way, playing in-town baseball, having a good time and playing with friends. Then we moved up to traveling, facing new teams and tougher competition. Finally we moved on to playing high school ball.

From there, the difference between myself and freshman pitcher, Vitaly Jangols, becomes quite large. First, I never played varsity baseball, let alone at a highly regarded catholic high school. Don Bosco Preparatory High School has been known for producing great athletes and has produced over 14 professional athletes, including Matt Simms, former quarterback of the New York Jets and son of former New York Giants’ quarterback, Phil Simms. The freshman, who is of Russian descent, was not all that familiar with the sport.

“It was unique to my family with my parents not even knowing the sport, everyone around me was doing it so I decided to start,” Jangols said.

The 19-year-old pitcher graduated from Don Bosco Prep and was ranked the 54th best prospect in New York state his senior year. He had offers from Saint Joseph’s, Sacred Heart, Manhattan and St. John’s.  Rhode Island, however, just seemed like a natural fit when considering the direction the program was headed toward.

“The school itself, but the main factor was the coaching staff and the program was definitely on the rise,” Jangols said.

The college level has not rattled Jangols at all. In seven appearances, he has achieved four wins, one save and has posted an outstanding 0.59 ERA. On top of that, he has surrendered only nine hits and one earned run in 15 innings pitched. Although this is his first year with the team, Jangols has already learned so much.  “They have taught me lot, helping my transition and knowing what to expect,” he said.

One player Jangols mentioned specifically was junior, and two time Atlantic 10 Pitcher of the Year, Tyler Wilson. Wilson has been sidelined for much of the season, and will now miss the rest of the season, but that has not stopped Jangols from getting advice from the southpaw. “He’s taught me how… to not feel pressure in big situations, and he has been great,” Jangols said.

The Ram pitching staff has done a nice job of filling the massive void left by Wilson, but will also have to compensate for an injury to redshirt senior Ben Wessel as well. Jangols will likely remain an X-factor, as he is one of the reasons for the smooth transition.

The freshman phenom has wowed his teammates, coaches and opponents with a remarkable composure to go along with his supreme talent. He is currently boasting a scoreless inning streak of over nine innings, making his presence known both out of the bullpen and as a starter. He has become a key centerpiece in URI’s quest for a repeat as A-10 Champions.
Moving forward, Jangols does not have any personal goals, but is willing to do anything to help his team capture another conference title and return to the NCAA Tournament. The Rams are back in action Saturday at 3 p.m. at St. Bonaventure University.