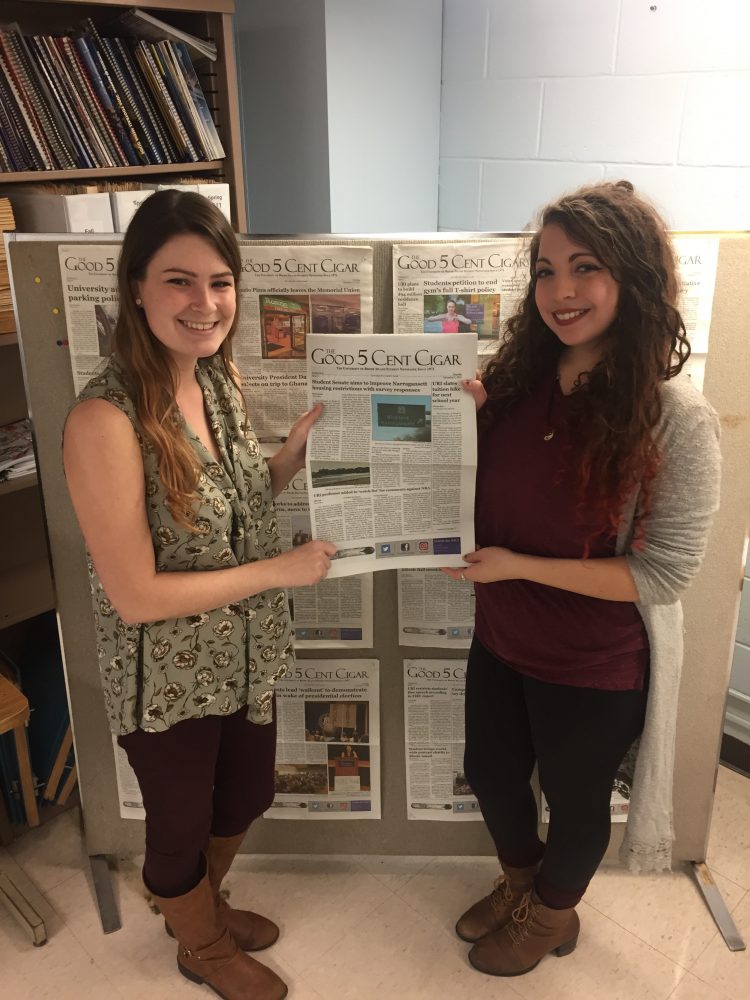 I remember being asked: “What do you want to be when you grow up?” For years, I thought I knew. I would blurt out: “A mommy, a doctor, a teacher and an artist!” Little did I know at the young, ripe age of 5 that I was not even proficient at any of those things. However, when I picked up a pencil, something sparked inside of me.

I wrote my first “story” in first grade, which despite the exaggerations and misspelled words, actually had a plot. Throughout middle school and high school, I continued writing short fiction stories using my cousins as the characters, and escaped into this fantasy world I created in my head. Some teachers told me my writing wasn’t good enough, yet I persisted. Although I still want to be the next best fiction novelist, something changed during my junior year of high school.

My school offered a class in journalism, and I had never really considered the field beforehand. It still allowed me to write, and sometimes be creative, while offering me a stable career, unlike the path of an author. Since that moment, I took the idea and never really stopped running with it.

College allowed me to not only expand my writing skills, but also gain so many new experiences. Going to school out of state helped me come out of my reserved side and talk to different people, since I didn’t know anyone. I joined a sorority, performed in the slam poetry club, spent time in both the Student Entertainment Committee and URI’s Dance Company, held a radio show, worked at the TV studio and took all sorts of interesting classes. However, my time here was mostly shaped by The Good 5 Cent Cigar.

On First Night, I had the pleasure of meeting Jacob Marrocco, who would end up not only being my friend, but my editor. I started as simply a contributing writer, then a staff writer. Although I wasn’t completely reliable at first, Alli Farrelly and the rest of the editorial staff took a chance with me, allowing me to be the Entertainment Editor and then the Managing Editor. This allowed me to shine and find my passion as a music journalist.

For eight straight semesters, I’ve written two articles every week. Along the way, I interviewed some amazing students and staff members, but also had the chance to work alongside some great journalists: Allie Herrera, Marissa Tansino, Alex House and Caitlyn Picard – just to name a few. Additionally, I met three women I’ll never forget: Allie Lewis, Emma Gauthier and Casey Kelly. The future newsroom I work in won’t be the same without you.

I’ve met some friends I know I’ll keep forever, yet been backstabbed by people I thought I could trust. I made some poor decisions, yet took many risks. I had my heart broken, but I also fell in love. College has been just one chapter in my story, and the rest…is still unwritten.

Letter to the Editor:ACLU responds to URI communications