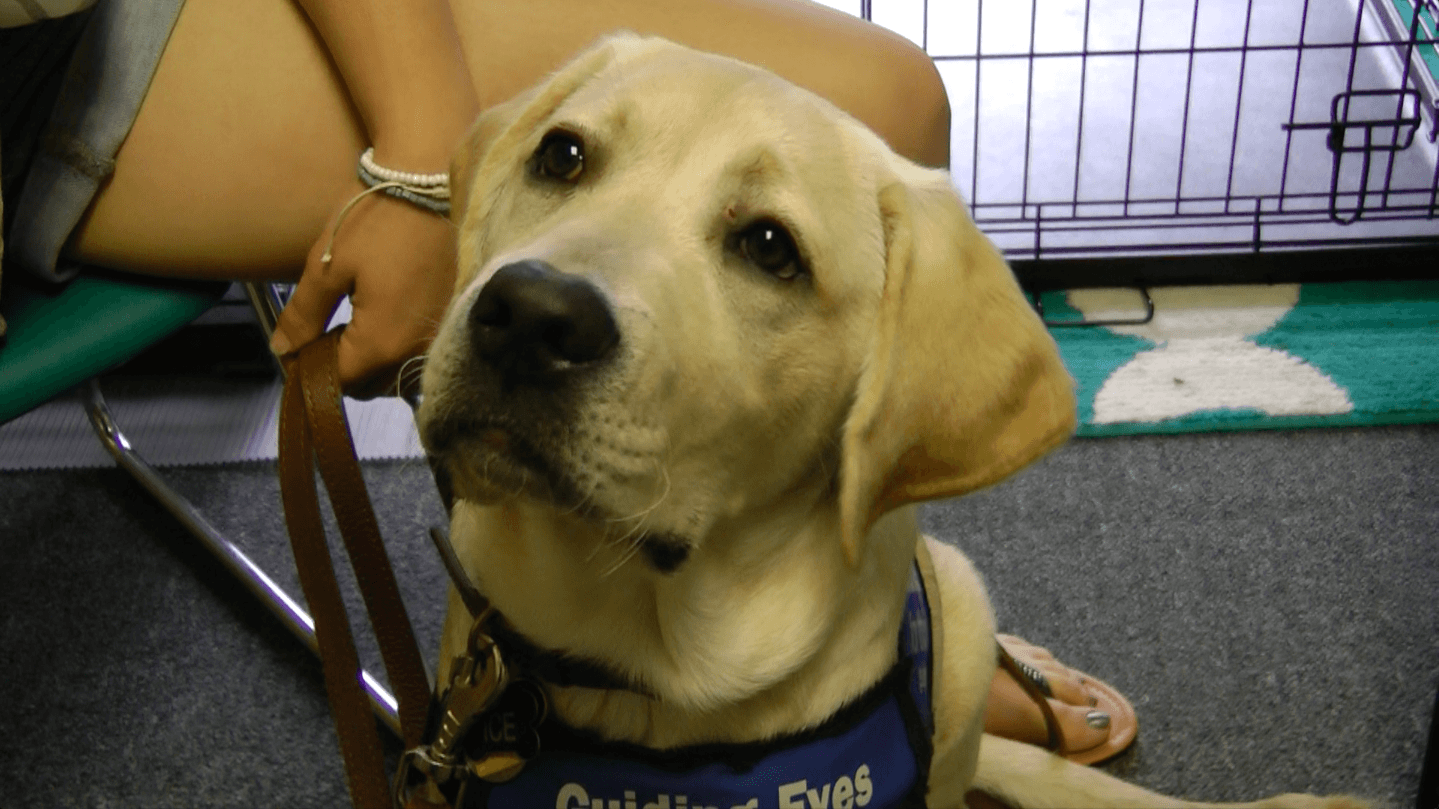 The Puppy Raisers Club is making tails wag even more this semester with an increase of service dogs on campus.

Katie La Blue, a service dog raiser and President of the Puppy Raisers Club, said it’s the club’s job to socialize these dogs to everything they may encounter in the working world.

“A service dog grants independence to someone with a type of deficit that of impedes that independence for them,” she said. “The service dogs just open up someone’s world to a whole new set of possibilities that [they] may have not thought was possible before that.”

Service dogs are allowed to attend football games, university events, walk on the quad and ride on the bus. La Blue explains that the dog is almost never alone because every day life events are important to it’s future job.

“When the dogs paired with their person, it’s our job to make sure they’ve seen it all and nothing scares them,” she said. “College is a great place for that because there’s so many types of different people here. You really can just see anything they might encounter in the real world.”

In the beginning of the semester, URI Disability Services sent out a statement advising students to not interact with the dogs unless invited to. Although most students would automatically assume they are allowed to pet the dog, this could be very distracting and mess up training.

Although it’s anyone’s first instinct to pet a dog, La Blue says dogs with vests should not be touched. She says it is very important to set the service dogs up for success.

“Right now they’re in training so they’re not perfect and don’t always know how to behave,” she says. “When we’re walking along campus the dog is learning how to pay attention for me and to me, while paying attention to what’s going on around him. Students can be a distraction and shouldn’t touch them while we train them .”

Becky Provensal, secretary of the club enjoys living with her service dog.

“It’s a huge stress relief having him around, especially when there’s finals,” she said. “They have their hard moments and they have their accidents. But all in all, it’s a wonderful experience.” Other club members in the group find that training and raising their service dog is self fulfilling.

Vice President, Sierra Bloomer said raising a puppy is like having a child. “It’s a lot of work, but it’s definitely rewarding. This group is so important to me because I’m one of the reasons behind changing someone’s life,” she says.