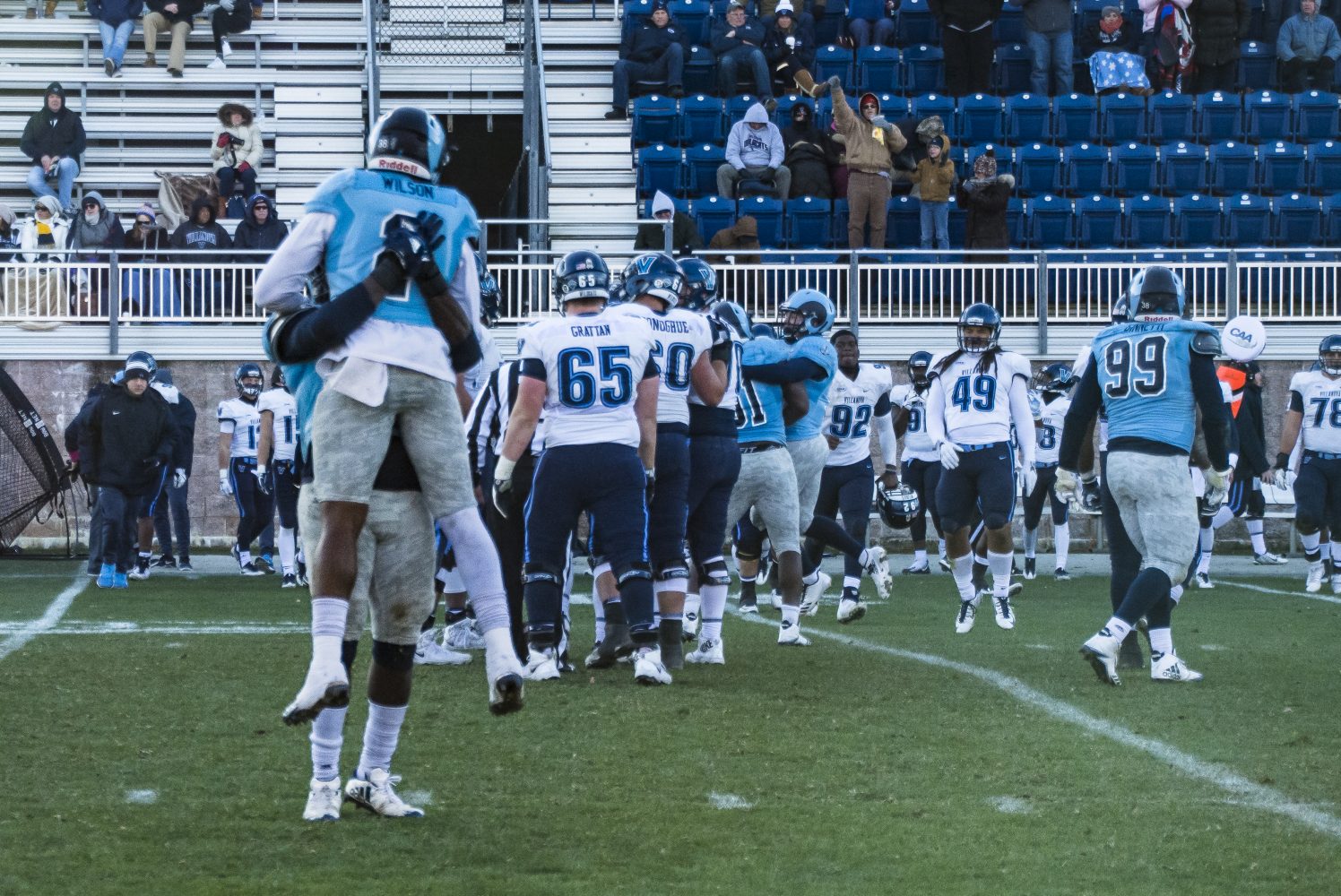 The University of Rhode Island football team dominated Villanova 20-6 for a big win on senior day.

The Rams controlled the game on both sides of the ball as the defense only allowed one rushing yard on 21 attempts, while limiting the Wildcats passing game to only 170 yards.  The pass rush was a big factor in the game; gathering five sacks, which set a new URI record for most in a single season with 32 for the year.

Meanwhile on the offensive side of the ball quarterback JaJuan Lawson had a career day as he completed 25 of 35 passes for 336 yards, while throwing one touchdown and rushing for another. Lawson was named CAA Offensive Player of the Week after his performance.

Receivers Marven Beauvais and Khayri Denny also had big games finishing with 152 and 108 yards receiving respectively. This was the first time URI had two receivers finish a game with over 100 receiving yards since Oct. 22, 2011 against Delaware.

With 3:17 remaining in the third quarter, the Rams led 13-6, and had the ball on their own 29-yard line facing second  and 15. Lawson then hit Beauvais over the middle on a play action pass, which he took 71 yards for a touchdown, while stiff-arming one defender and out racing another.

“There’s confidence in that receiver group,” said Lawson. “It’s easy to throw to receivers confident in their abilities, because when you’re confident it’s easy to just throw it to them and you know they will make a play.”

Villanova would make one final push with seven minutes left in the fourth quarter as they drove down the field to the Rhode Island 12-yard line. Fortunately for URI, the defense held in the red zone forcing four straight incompletions and a turnover on downs.

For 12 seniors, including running backs T.J. Anderson, Harold Cooper and defensive end, Jose Duncan, this would be their last home game in a Rams uniform. During their four years at the University they have noticed quite the change in the program.

Several of the graduating seniors, including Cooper who is currently fourth all time at URI in all-purpose yards, were part of Coach Fleming’s first recruiting class.

“A number of seniors just played their last game at Meade stadium,” Fleming said. “I truly believe that they have left their mark on this football team. Their commitment to this program has been heartfelt and sincere. And they are true winners in every way.”

The Rams are now 3-7. Their three wins this season is the most in a season under Fleming. URI will finish their season this Saturday with a road game against the Towson Tigers at 2 p.m.