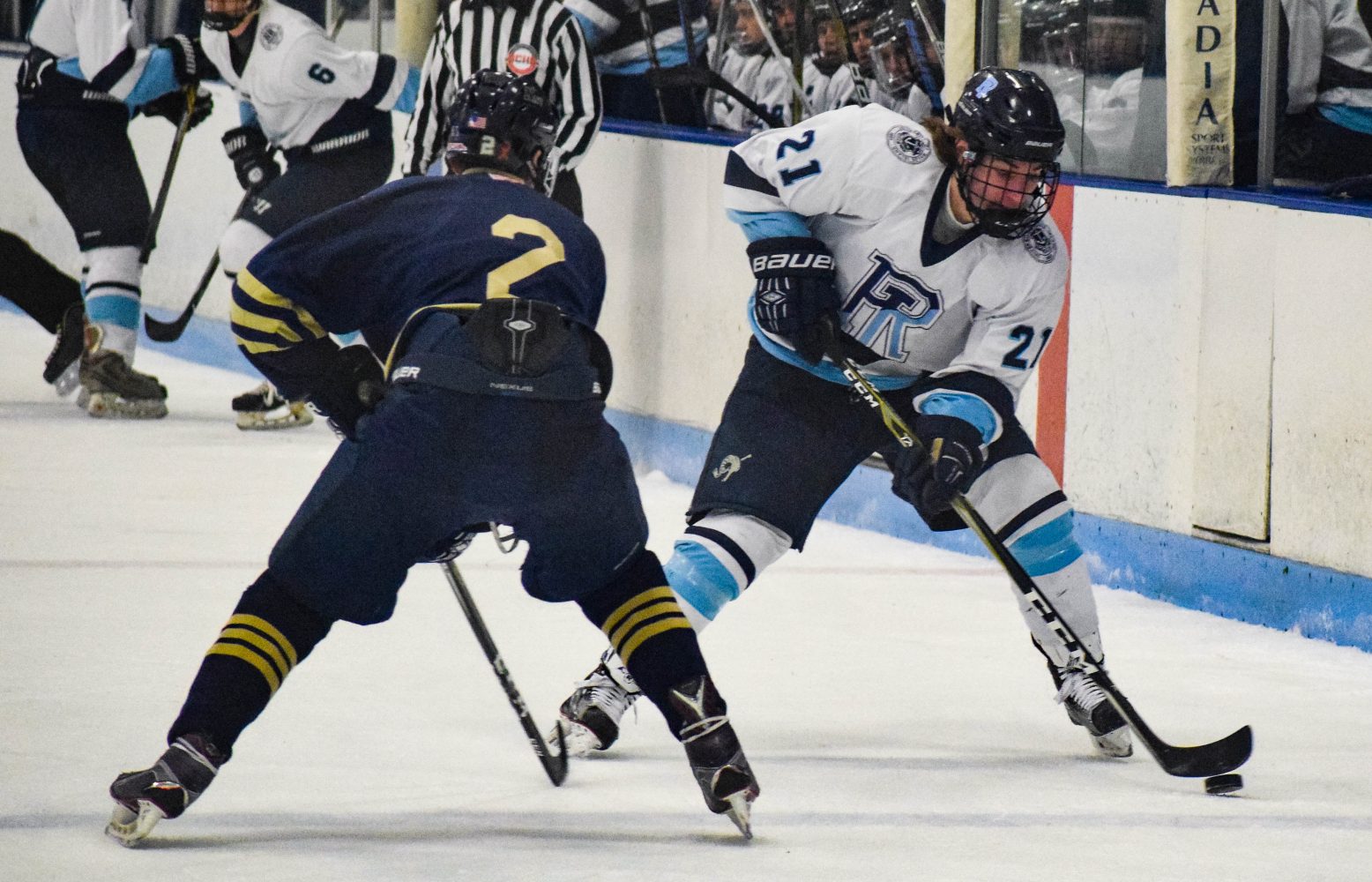 The University of Rhode Island’s men’s hockey team battled the United States Naval Academy last weekend in the last home series of the semester for the Rams.

The action kicked off early Friday night as junior Sandy Gray would score just under four minutes into the game to give URI an early 1-0 lead. The Rams would follow it up with another goal two minutes later from junior Luke Vendetto to extend the lead 2-0. URI wouldn’t be done yet as freshman Patrick Creamer would score to give URI a 3-0 lead at the end of the first period.

In the second period Navy tried to get back in it with an early goal of their own. URI would respond with another goal from Vendetto to make the score 4-1 with 14:19 left in the second. Halfway through the period URI made a goalie change and gave freshman goaltender Daniel DeSilva a chance to play in net.

“JT (Ketzenberger) has been playing a lot,” head coach Joe Augustine said. “We have to get DeSilva some work just in case something happens. I thought DeSilva played very well.”

After the goalie change, Creamer scored his second of the game to extend the Rams lead 5-1. URI was called for a penalty and Navy was awarded a penalty shot which was saved by DeSilva. Late in the second period sophomore Jake Salisbury would score extending the lead 6-1. Navy would again not go down without a fight and would score with 1:20 left in the second to make the score 6-2.

In the third period URI continued their dominate play with another goal from senior captain Mike Pesola to increase their lead 7-2. Sophomore Will Schlichtig got in on the fun with a goal of his own extending the lead for URI 8-2. URI topped off a goal filled night with one final goal from sophomore Jonathan Alsfeld, who was playing in his first game in almost two months after going out with an injury the first week of October. Alsfeld’s goal brought the final score of the game 9-2.

On Saturday the Rams got off to another strong start with Alsfeld’s second goal of the weekend to give URI an early 1-0 lead. Unlike Friday’s game, Navy would score late in the first to tie the game 1-1 heading into the second period. In the third period Navy would score again to take a 2-1 lead. URI would be unable to follow up Friday’s strong performance and would fall to Navy 2-1.

“It’s a pattern that we’ve had,” Augustine said about the weekend split. “It’s the third time we’ve done that at home. We beat Towson 7-1 then we lost 4-2 and we beat Delaware 4-1 then lose 3-1. We’re just not mentally ready to play. I don’t know what’s going on in there. We’re having meetings with captains and our team, trying to figure it out. I guess the only ones who know that answer are guys that put the uniforms on.”

With Saturday’s loss URI falls to 11-9-1 on the season and looks to improve away against Syracuse this weekend.

“Syracuse is a really good team,” Augustine said. “We’re just going to have to get back to working hard and try to put back to back nights together.”